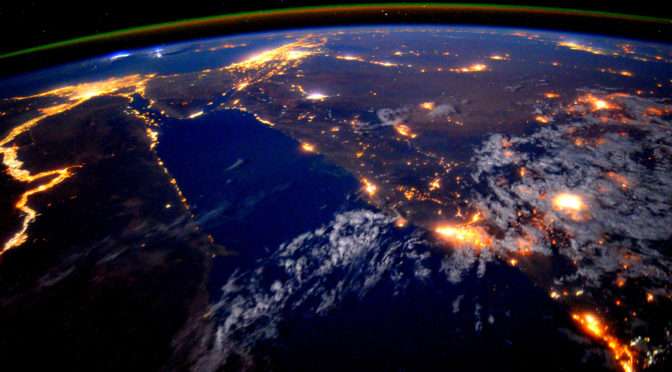 Strategic chokepoints and littorals are the arena of current and future power struggles. Great power competition is layered within these maritime and littoral domains. To a lesser extent, but still consequential, are the potential actions of regional and non-state actors capable of causing disruption along maritime chokepoints and littoral zones. The United States will be required to address multi-layered challenges to its maritime dominance in these areas while also fulfilling the role of humanitarian and the facilitator of free and open commerce. With technological proliferation and the impact of the speed of information, the United States has its work cut out across several chokepoints of interest.

The Strait of Hormuz

Discussions of chokepoints can begin with the most prominent in the popular consciousness. A narrow shipping route located in the Middle East, 96 miles long and 21 miles wide at its narrowest point, the Strait of Hormuz is one such chokepoint. What also comes to mind are Iran, the United Arab Emirates, Oman, Qatar, Saudi Arabia, Iraq, and Kuwait. These countries are all affected by occurrences in the strait, but so is the world more broadly. One-fifth of the world’s oil supply passed through the strait in the 2010s and the strait accounts for one-third of all seaborne trade. The Strait of Hormuz is also a gateway from the Persian Gulf, into the Gulf of Oman and Gulf of Aden, the Arabian Sea, and ultimately into the Indian Ocean.

The Strait of Hormuz lacks large population centers in its immediate vicinity, but many of its challenges come from the complex military environment that includes the irregular nature of Iranian forces and tactics. The Iranian lack of conventional parity has encouraged the use of asymmetric tactics to achieve some influence over maritime behavior in the Strait of Hormuz. Examples of their asymmetric tactics include the dubious detention of western naval crew members, harassment of non-allied commercial vessels, and weaponizing small islands. Over the course of the past two decades Iran has seized several western vessels and routinely harasses the maritime interests of perceived anti-Iranian nations. Militarily, Iran has at its disposal small boats swarms, naval mines, anti-ship missiles, and large rockets. Iran has demonstrated the ability to undermine western technological superiority by capturing drones or flying devices below the threshold of detection by western systems. Taken together these threats allow for Iran to credibly harass and inhibit freedom of action by U.S. forces and others.

Through these capabilities Iran has the ability to cause significant disruptions to commercial and energy interests. The United States must maintain a credible deterrent force in the region to assure Iran of American resolve and demonstrate the capability to existentially wreck the Iranian regime. In so doing, a delicate diplomatic dance must also be achieved with regional powers that allows for basing an appropriate collaboration within the broader interests of maritime and energy security. Iranian probes must be met with continued tactical, technological, and strategic innovation. U.S. elements of power must continue to be leveraged holistically in the region to prevent Iranian capability and intent from reaching a critical threshold of disruption.

The Strait of Hormuz presents a vexing problem set, but approximately 1,500 nautical miles away lies another complex chokepoint.

Departing the Strait of Hormuz and traveling westward one arrives at the Gulf of Aden and an important chokepoint, the Bab-El-Mandeb (BAM). The BAM is the southern gateway into the Red Sea, Gulf of Suez, and the Suez Canal which allows for maritime shipping into the Mediterranean and easy access to European economies. Billions of dollars in maritime trade passes through the BAM yearly. It is also an important trading corridor by being a two-way route for goods ultimately bound for Europe and, as well, from Europe to the East and locations in between. These features present different challenges and threat environments.

While the Strait of Hormuz offers an asymmetric military challenge in a largely isolated arena, the Gulf of Aden and BAM provide security challenges in an environment beset with tottering states and bulging populations. Promoting stability and security near the Horn of Africa requires addressing security needs with economic imperatives to assist countries with internal pressures acting against their stability. Yemen, Eritrea, Somalia, Sudan, and Ethiopia are in the immediate vicinity of this strategic chokepoint. These are all countries in various states of disruption and each represents different peoples, cultures, and particular deficiencies. This area requires strong, extra-regional governments to protect the nearby maritime commons, and their absence necessitates U.S. presence. However, the presence of great power competitors in the region complicates efforts.

China has begun to extend beyond the central Asian states of the old Soviet Union and into the Middle East and Africa. This foray is largely in search of energy and markets to satisfy increasing Chinese domestic demand and industrial capacity. However, the Chinese use diplomacy backed by exploitative economic policies. Exploitation often takes the form of secretive, leveraged commercial agreements between the Chinese government and those of the prospective nations. An example from this region includes the Djibouti port, airport, railway, and water pipeline loans, which were revealed to contain highly dubious terms. The Chinese “policy” of non-interference is rhetorically deployed to cover for mismanagement, corruption, and Chinese-facilitated malfeasance.

The most intransigent issue in the region is piracy and the role of non-state actors. Lawlessness and terrorism combine to form a potent combination in a region ill-suited to weather the disruptions terrorism is designed to manifest. Terrorism and piracy are significant issues to contend with in Somalia and Yemen especially, and they are both producers and exporters of the most virulent disruptions.

The USS Cole attack and several high-profile incidents such as the Red Sea attacks in 2016 highlight the volatility of this area. Planners using a whole-of-government approach must seek solutions to the underlying drivers to the continued unrest in the region and not just military solutions of a more reactive nature. Relationships based on mutual respect and staying power are a strong step in the right direction. Strengthening ties, countering nefarious influences, and combatting nihilistic ideologies will begin to turn the tide. Continued investment in and coordination with legitimate powers focused on improving governance is a key attribute to any approach. Diplomacy, information, and economics backed by strong military action against detrimental forces will create local prosperity that benefits the security of global maritime commons.

Some littorals feature breakneck developments in grand strategy and what can appear to be routine technological breakthroughs in capability. The South China Sea (SCS) is one such area. Taking the view of its northern resident, the SCS critically links China to Southeast Asia’s littorals and chokepoints. At either end of the SCS are strategic gateways critical to global commerce. The value of trade passing through the SCS complex is estimated to be over three trillion dollars per year, and the volume of traffic represents approximately one-quarter of global shipping.

Technological, economic, military, and geopolitical strategy are colliding in the SCS. The potential consequences harken to the days of the Cold War, where major military miscalculation could result in a form of mutually assured economic destruction. In this case, great power conflict could drive global chaos by disrupting the flow of shipping through Southeast Asia’s critical chokepoints. Any attempt to overtly exert hegemonic influence would also run against the fiercely independent nature of the countries in this region.

Inflaming these factors are the economic and technological advances in the region. China has taken an outsized lead and is exploiting this advantage to unilaterally impose itself as a de facto governor of the region and exercise veto power over decisions that are well within the sovereignty of other states. These other powers however lack the size, technological sophistication, and economic leverage necessary to counter Chinese influence with impunity.

Besides controlling a key gateway between East and West, establishing a sphere of influence would involve focusing on the possible presence of significant reserves of offshore oil. These resources would be a boon to the country capable of securely staking their share, but China has turned local resource exploitation into an arena for regional competition. It is in China’s interest to weaken both its neighbors’ access to these sources of possible energy independence and strengthen its own control of the maritime gateways to and from Asia.

U.S. national power is fully integrated in the region and must be applied assiduously to an existential threat to the established rules-based order. Security cooperation exercises, economic alliances, increased diplomatic outreach, and leveraging Western strengths can bolster the order against Chinese encroachment.

This next area of the globe is one of the locations of Earth’s harshest environments, largely devoid of life and requiring great efforts for man to survive. Natural planetary evolution and man-made activity are fomenting significant change here. Large energy deposits, emerging swaths of arable land, and newly emerging sea lanes are combining to make the Arctic littorals the location of future great power competition.

The Arctic region is vastly affecting the borders of several countries, some of which have come together in the Arctic Council to discuss activities in this region. Consisting of eight nations, the Arctic council includes the representation of indigenous persons, observer states, and other relevant organizations. However, the reality of its impact is much less sanguine. The council is inspiring, but the Arctic still requires the force of law or a threat of consequence weightier than moral opprobrium to develop peacefully with free and open maritime avenues. Nations and corporations are beginning to stake claims to portions of the Arctic as it becomes accessible to development. Claims to rights and privileges must be legitimately arbitrated and means for commercial security must exist.

Currently U.S. assets and attention lags far behind the greatest competitor in this region, Russia. The U.S. is now re-posturing in the Arctic in response to Russia’s superior icebreaker fleet, its constellation of bases and weapons in the Artic, and a demonstrated willingness to act unilaterally when unchallenged. United States Northern Command, (NORTHCOM), rightly declared the Arctic the first line of defense for the U.S., but much more is required to pose a serious challenge to Russian resurgence in the region.

Promoting maritime security in chokepoints and littorals will require aggressive and novel applications of every element of national power. The increasing importance of alliances and institutions cannot be overstated in this age of increasing technological parity and proliferation. The United Sates has the constellation of allies, domestic strengths, and tools to effectively manage these issues in the strategic chokepoints and littorals of the world.

Captain H. Clifton Hamilton has served in the Marines since 2005. Previous assignments include Information Operations, Recruiting, and various Intelligence billets. He currently serves in III MEF. He is a New Orleans native.

Featured Image: NASA astronaut Scott Kelly, recently past the halfway mark of his one-year mission to the International Space Station, photographed the Nile River during a nighttime flyover on Sept. 22, 2015. (NASA photo)