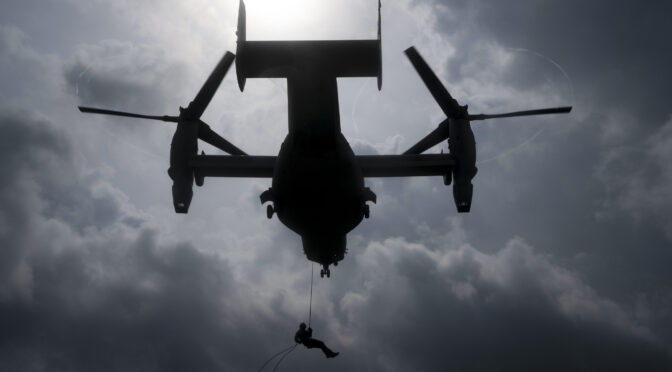 The Marine Corps is a large organization, bound by tradition. Its long history of maritime and amphibious operations was challenged by nearly two decades spent in the deserts of the Middle East and Central Asia. While now we think of those as diversions, the World War II battles that form so much of the Corps’ identity took place over barely three years.

The problem with Force Design 2030 (FD2030) and Expeditionary Advanced Base Operations (EABO) is that they both involve massive institutional changes being executed in a very short time. More specifically, there are multiple significant changes involved in implementing these broader concepts. Any of these by themselves would be a significant shift in the institution. Implementing them all simultaneously may be, in military parlance, “a bridge too far.”

One of the issues facing both FD2030 and EABO is that they are almost often rhetorically linked and made equivalent, when in fact they are distinct from each other. EABO is a tactic and operating concept. Some aspects of it are almost mundane—the seizure of advanced naval bases is a statutory responsibility of the Marine Corps dating back 75 years in law and far longer in practice.

But being able to execute EABO requires many additional changes in the way the Corps is recruited, trained, structured, and equipped—hence Force Design 2030 and its associated plans and directives. It is the product of a great deal of analysis. But the classified nature of those assessments means that outside of a small group, relatively few people have a full view of the complete and detailed reasoning behind it.

FD2030 was the product of a very insular process. The rollout was also extraordinarily quick—eight months from the Commandant’s Planning Guidance until Force Design 2030 was published and then implemented, during which time even some of the unclassified elements were very closely held.

Marines are well known for their almost religious fervor for the Corps, and in the Commandant as the head of that church. But there’s some limit to how much they are willing to take on faith, especially in an organization so tradition-bound. While it may be an extremely hierarchical organization, that doesn’t render the Marine Corps exempt from basic considerations of change management. Leaders can issue orders and they may be followed, but for changes and initiatives to endure, the myriad stakeholders in the institution must buy in to these efforts by virtue of effective persuasion.

Those stakeholders include not only the Marines themselves, but also combatant commanders, civilian leaders, Congress, and even Marine veterans. Senior veterans in particular see themselves as keepers of the flame in regard to the Corps’ heritage. To say that they need to be brought along is not to say that they get a veto, but an acknowledgment that the Marine Corps is more than just an assembly of units and equipment organized in a particular fashion. It is about people. Apart from whether the changes of FD2030 are the right moves in terms of the threats facing U.S. national security, FD2030 advocates have faced unnecessary challenges in implementation because of a failure to achieve early buy-in from many stakeholders. Change is not easy in any organization.

There is a reason that change management is a major subject in the business community. Businesses have to complete organizational change far more frequently than militaries do. Businesses sway in the winds of consumer preferences and technological change and must constantly reinvent themselves to survive.

Militaries on the other hand can persist indefinitely as steadily taxpayer-funded organizations regardless of how poorly they are adapting to the changing character of war. Perhaps the Corps would have been well served by borrowing some of the basic practices businesses use during periods of major change. One of the fundamental change management models is Kurt Lewin’s. Simply put, it first involves unfreezing—preparing an organization of the need for change. Only then can one actually execute the change.

Preparing for the change itself is a process. Just as with introducing a new electronic tool, some will be early adopters on the cutting edge, while others will trail the prevailing crowd as fast followers, and others will be dead-enders that fail to stay relevant. All of these mindsets exist within organizations, and leaders must find ways to bring all of these people onboard to execute change.

Finally, one can refreeze, and institutionalize the change so that the new way of doing business is instilled as the new normal. To conceptualize this model, think of a block of ice that needs to be changed from a cube to a sphere—you have to melt it, use a new mold to effect the change, then finally refreeze it in the new form.

The Corps admits to failing in its communications surrounding FD2030. As the Corps’ 2022 Force Design update states, “Our FD 2030 communication has not been effective with all stakeholders.” That is something of an understatement. It is only now that much of the Corps, much less outside stakeholders, is really understanding what Force Design 2030 implies, in the sense that its biggest changes are focused on Pacific-based III Marine Expeditionary Force (MEF), and that the changes to I and II MEF are more modest, allowing them to still execute traditional Marine Corps missions. Whether that was actually the intent from the beginning is still unclear.

Bold leaders, such as General Berger, frequently embrace a “go big or go home” mentality. Marine training and culture reinforces this tendency toward bold decisions in most contexts. “Speed, surprise, and violence of action” is only one of many mantras Marines hear and repeat to reinforce that notion. The fact that the Commandant normally has only a four-year term to implement his plans likely contributes to this. Any big change is controversial and has the potential for backlash, so the natural reaction is to move quickly to institute changes and to make them as irreversible as possible. In this case it means tearing out old force structure, both root and branch, then trying to fully mature the new design before turning over to a successor who might not share the same vision.

An “unfreezing” to prepare for change is not just for the sake of improving morale, though that is important. No matter how well thought-out the analysis supporting Force Design 2030 is, it did not make much of an attempt to capture the expertise of those beyond its planning cells, especially those in the operating forces. While a “campaign of learning” is an important and commendable part of Force Design, some of that learning is more easily gained by simply asking those closest to the problems a few questions. Even if the end state of the change remains the same, ground-level insight can help sidestep many problems.

Taking the time to involve the broader organization and other stakeholders from the beginning increases their buy-in and enthusiasm. Clearly the array of former Marine Corps senior leaders who have expressed their dismay over FD2030 did not feel as if they were consulted or informed. Yes, there is the chance that taking more opinions onboard might have diluted the purity of Force Design 2030, but it could have avoided some of the hiccups and discord that occurred. The more time spent preparing for change, the smoother the actual change is.

For example, the number of line V-22 squadrons was going to be cut from 17 to 14 until it became readily clear that 14 was insufficient to meet the requirements of combatant commands. This necessitated partially reversing those cuts in midstream. Had the bulk of the force and outside stakeholders been brought along from the beginning, this mistake could have been identified much earlier. The whipsaw effect on personnel, operations, and sustainment from drawing down and standing up would not have occurred. More people involved means that it is more likely that the carpenter’s adage, “measure twice, cut once” actually happens.

Honoring the input of stakeholders during the unfreezing process increases the chances of change actually refreezing and making the change last. People don’t always need to agree, but they do need to feel as if their concerns are heard. If they are not, they become more likely to push back and take opportunities to undo those changes.

General Berger’s successor might very well be a Force Design 2030 disciple. That new Commandant could fully refreeze his changes and make them an enduring part of the Corps and its institutional culture. Then again, he might not. The best chance to build a broad initial consensus on the nature of the change is at the beginning of the process. That moment has passed, and the resulting discord could greatly delay progress towards FD2030’s desired end state, much less building upon its foundation.

Change is always difficult, so once you do it, you want it to stick. It is for this reason that building a broad coalition in support of change early on is so important. An African proverb says, “If you want to travel fast, go alone. If you want to travel far, go together.” The consequences of not adequately preparing the force for the changes of Force Design 2030 could be as great as the consequences of the design itself.

Carl Forsling is a retired Marine officer who currently works in the aerospace and defense industry.

One thought on “Preparing for Change is as Important as Change Itself: Change Management and Force Design 2030”