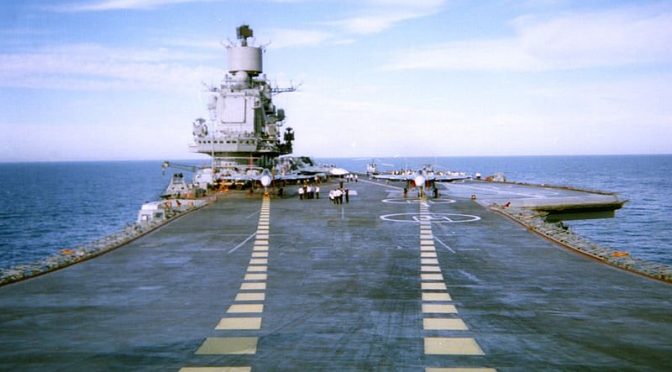 Welcome to Part One of the July 2016 members’ roundup. Through the first half of July, CIMSEC members examined several international maritime security issues, including the Permanent Court of Arbitration ruling in the South China Sea, Russia’s continued air campaign against ISIS, the U.S. Navy’s procurement objectives for the Virginia-class submarine successor, and the United States’ position on the United Nations Convention on the Law of the Sea (UNCLOS). Here is a roundup of their writings.

Mira Rapp-Hooper and Patrick Cronin, at War on the Rocks, provide an analysis on the long-anticipated Permanent Court of Arbitration ruling in the Philippines vs. China case over the South China Sea. Using a ‘Choose Your Own Adventure’ format, the authors breaks down the different geopolitical and legal implications of the ruling, including potential Chinese responses, political fallout for China–Philippines relations, and the future of maritime and sovereignty claims in the South China Sea. The authors explain that for China to comply with the Court’s ruling it must not claim any water or airspace from the reefs it occupies or make a 12 nautical mile assertion from any claimed land features. With the ruling being highly unfavorable to China’s maritime objectives, the authors highlight that if Beijing begins to prioritize territorial claims while easing off claims to water and air, it would likely reflect a China looking to move beyond its defeat while saving face.

Armando J. Heredia at U.S. Naval Institute News, examines the tribunal’s decision from the perspective of Manila and how the recent election of Rodrigo Duterte as President of the Philippines will impact regional relations. He explains how the previous administration chose to accelerate the modernization process of the country’s military in response to increased hostility from China while opening the way for American forces to return to the Philippines through the Enhanced Defense Cooperation Agreement (EDCA). He notes that even under the modernization program the Philippines remain weak in terms of kinetic responses to a Chinese incursion. He also notes that any engagement by the Philippines would have to leverage the country’s poorly equipped Coast Guard, which lacks sufficient hulls to establish presence operations near disputed maritime regions and land features.

Jake Bebber, at the U.S. Naval Institute Blog, discusses the centrality of cyberspace operations in the People’s Liberation Army’s (PLA) strategy for long-term competition with the United States. He discusses aspects of informationized warfare and how the PLA is seeking to position its sources of information power to enable it to win a short, overwhelming victory for Chinese forces in a notional conflict. He notes that in response to China investing large amounts of time, energy, people and resources towards achieving the country’s cyberspace and information warfare objectives, the DoD must ensure that U.S. Cyber Strategy supports the force planning, training, and equipping of cyber forces while integrating advanced technology into information planning and acquisition.

Kyle Mizokami, at Popular Mechanics, provides an overview of Moscow’s decision to deploy the country’s only aircraft carrier to the Mediterranean to carry out airstrikes against the Islamic State until next year. Discussing some of the ship’s features, he explains that the ship’s propulsion system is unreliable and is so prone to breaking down that an oceangoing tugboat always accompanies it on long distance voyages. He also discusses the capabilities the carrier will deploy, including Su-33 air superiority fighters, Su-25UTG ground attack aircraft, and MiG-29KUB two-seater multi-role fighters.

Dave Majumdar, at The National Interest, discusses the U.S. Navy’s procurement objectives for the next-generation SSN(X) successor to the Virginia-class attack submarines. His article argues that one priority, permitting the Navy will have the technological know-how to do so, is to effectively turn the future attack submarine into an underwater platform for unmanned underwater vehicles (UUV). Another objective would be to eliminate noise-generating moving parts such as a propulsor or driveshaft in the propulsion system to decrease the possibility of detection in an increasingly competitive undersea environment.

Members at CIMSEC were also active elsewhere during the first part of July:

Featured Image: A view from the deck of the Russian carrier  Admiral Kuznetsov (Wikimedia commons)