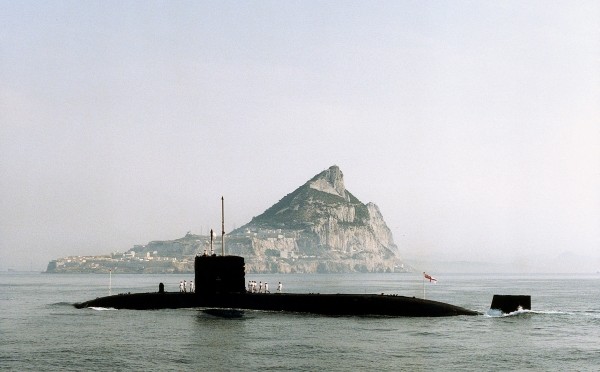 The recent global maritime security scenario has been deeply affected by several factors that have by necessity, changed the way of approaching and dealing with individual problems at sea. Piracy, drugs smuggling, weapon trafficking and the repugnant trade in human lives have reemerged with particular virulence but of paramount concern and indeed priority is the ominous threat of seaborne terrorism. Most of us witnessed to our horror the murder of innocent tourists in a beach at Tunisia. The execution of this attack came from what appears to be a well coordinated plan that took everyone by surprise. The proliferation of fast RHIBs (Rigid Hull Inflatable Boats) and jet ski type vessels have given terrorists flexibility of speed and the ability of evasion that gives them a distinct advantage as they are able to mix and mingle with other craft and raise less suspicion when choosing their targets Not only are these fast vessels in the inventory of terrorists but they are the preferred method of transport by drug smuggling gangs

In the case of Gibraltar it can be said with  concern that by the nature of our geographical position we are exposed to the threats of terrorism. It’s no use hiding behind the fact that North Africa lies 14 miles across the Strait of Gibraltar (STROG) and pretending it will not affect us sooner or later, directly or indirectly. Morocco has been subjected to attacks within its territory but has been successful in thwarting seaborne assaults against shipping in the strait including warships but they cannot do it all on their own. The Spanish enclave of Ceuta has been the recruiting ground for potential jihadist recruits that consequently find their way to Syria and/or Iraq. The North African coastline opposite Gibraltar can be considered a launch pad for vessels that trade in drugs, humans and other illicit activities. All stakeholders in the vicinity, Gibraltar, Morocco, and Spain have a duty to ensure that the malignant barbarity of present day terrorism does not cross the Strait of Gibraltar into Europe via this vulnerable route. To repulse any sort of seaborne attacks everyone must be prepared and not fall into one of mankind’s many weakness Complacency

As far as Gibraltar is concerned the responsibility for the maritime security of Gibraltar Territorial Waters falls under very awkward operational procedures and tasking. The MOD through the Royal Navy Gibraltar Squadron is tasked with, according to its mission statement “To contribute to the maritime defence and security of Gibraltar and when necessary, the prosecution of offensive maritime operations in order to allow BFG to support military ops as directed by HMG.” Quite a mouthful and perhaps ambiguous but it’s not the intention to assess the political ramifications of such a broad statement. Bearing all this in mind, the security of HM Naval Base Gibraltar falls into question. Every time a naval vessel is berthed alongside South Mole or “The Tower” a boom is placed across the harbour from South Mole to the old Gun wharf site. It consists of small orange buoys held in position by floaters and strung across with rope. This is to prevent unauthorised craft from entering the security cordon. The security boom is totally inadequate and useless. Any determine driver of a jet ski or RHIB can “jump” this boom and instantly find itself within a restricted area.

The MOD should invest in purpose built security booms that protect warships, particularly submarines in naval bases around the world. It has not gone unnoticed that since 2013 there has been an increase of RN nuclear power submarines visiting the naval base. Various operational tasks have been carried out including transfer of weaponry that demand the highest levels of security. This cannot be guaranteed with a weak protective boom that can be easily penetrated. On the fifth of July a drug smuggling jet ski entered the harbour through the southern entrance whilst HMS Ambush was alongside South Mole. Luckily, the intruder turned left and not right. The inadequacy of this security boom is a glaring capability gap that can be exploited by the enemy. Within this boom the task of protecting these warships is carried out efficiently by the GDP (Gibraltar Defence Police). Despite being equipped with 2 slow and aging ex Range Safety craft that are not fit for purpose they stick to their duty of affording port force protection but their response time to a fast intruder is minimal. GDP were to be equipped with modern patrol craft some time ago but it was decided otherwise to renege on it, another UK base benefitting from these new craft. For years there has been a succession of UK politicians and high ranking military officers trumpeting and touting the importance of Gibraltar as a base for UK ops. It’s time they put their money where their mouths are and transmit their thoughts into deeds.

Leaving aside the MOD estates we come to the protection of the civilian population which is by and large entrusted to the marine section of the Royal Gibraltar Police. This service boasts the most modern and fast craft to carry out their duties. There is a certain overlapping of responsibilities with the RN that due to constitutional obligations muddies the waters as to who is responsible for what when and how. This is rather unhelpful when it comes to tackling a potential terrorist threat. We are led to believe that there is coordination when it comes to security matters at sea but to a plain simple observer it does not appear to be so. A more robust communication environment should be encouraged to interchange ideas thoughts and indeed intelligence on a regular basis, not on ad hoc terms. To use a well worn phase everyone should be “singing from the same hymn sheet” instead of tearing out pages so that the other sings out of tune. 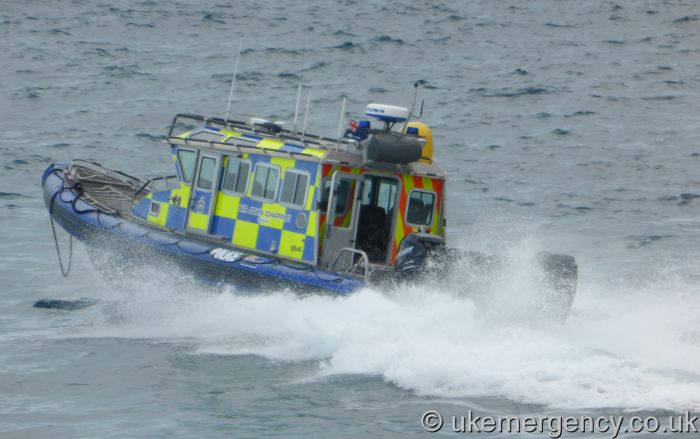 Gibraltar’s important maritime security infrastructure requires overhauling and redesigning. Our hugely important cruise liner industry can sometimes walk a tight rope when it comes to passenger and owner satisfaction. Cruise liners are vulnerable and a tempting target. On very few occasions are cruise ships escorted to and from the liner terminal by law enforcement craft and there is no seaward protection whilst alongside North Mole. This would prevent any unwanted or inquisitive boats from getting too close for comfort. We must bear in mind that although Cruise liners companies might be satisfied with ashore security arrangements any incident no matter how small or insignificant at sea could cause them to leave and this would destroy an important pillar of our economy. Why not go the extra mile and provide seaside security to such an important gem in our crown? It will enhance our reputation amongst cruise line companies as a serious port of call in which to do business with.

What cannot be allowed to happen again is a situation similar to that of the theft of one our reef blocks from under our noses. This was a highly embarrassing event that exposed a certain lack of supervision of Gibraltar Territorial Waters. It highlighted the absence of coordination in patrolling our waters. Each to their own without knowing who was doing what and where. Naturally there were local law enforcement craft swarming over the area next day but the horse had bolted and the stable was empty

These are but a few of the more noticeable flaws in the protection of our little country. I accept the fact that security cannot be 100% guaranteed but it can be made extremely difficult for anyone attempting to threaten our peace and stability. It serves no purpose to find faults and criticize without offering suggestions and ideas in which to improve the protection of our waters from dynamic situations that confront our day to day lives. With the expansion of yachting facilities at Ocean Village and the proposed reclamation at the Eastside there will be an increase in the load factor for law enforcement agencies in maintaining a safe maritime picture. A maritime surveillance system similar to the Spanish SIVE (Systema Integrado de Vigilancia Exterior) should be considered as an aid to combating illegal activities close to our shores This system comprises of radars, infrared cameras and other surveillance equipment placed at strategic sites and controlled by an operations room. Any information gathered by this system can be transmitted to civilian law enforcement vessels (RGP HM Customs Port Authority) in real time via video link. It will make the task of intercepting suspect vessels easier and with ample time. The introduction of a joint maritime control centre is  of vital importance. It is of huge value that all incidents be controlled “under one roof” thereby improving response times and rapid interventions. Everyone working together instead of pulling away from each should be encouraged. Pooling of resource can be an effective method of dealing with certain events/actions whilst each law enforcement agency maintaining their independence and freedom of movement in their particular field of responsibilities. Joint training exercises whether live or in tabletop format can be useful in honing particular skills and at the same time exchanging operational experiences. Of course the major stumbling block is finance as all these suggestions do not come cheaply, but in the long term it is an investment that will pay dividends by ensuring the adequate protection of life and property.

I am by no means advocating a “Fortress Gibraltar” bristling with guns missiles and military hardware. Life must go on as normal. In the present climate of economic prosperity and physical expansion it has to be top priority that to accommodate a thriving yacht industry, the protection of bunkering facilities, the secure operations of cruise liners and importantly the safety of local seafarers fishermen and pleasure boat owners the necessary infrastructure to enable Gibraltar to maintain its reputation as a competitive serious and reliable player in the maritime industry must be in place so that we hopefully never become an easy target for our foes whoever they may be

Michael Sanchez is a naval observer and commentator for Gibraltar & STROG. He is the founder of OpWest and the promoter of Gibraltar Coast Watchers, and explained the former’s operation in an interview with CIMSEC. Born in the Rock, he served as a police officer for 33 years before retiring. He tweets at @key2med

One thought on “Maritime Security: Fact or Fallacy? The View from Gibraltar”