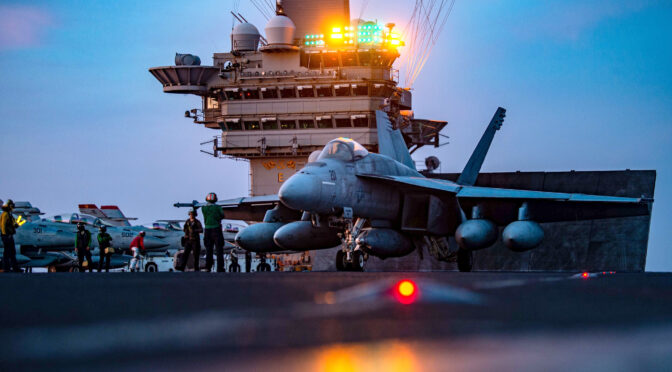 In the mid-1980s, the U.S. Army developed its concept of AirLand Battle and imported the Soviet concept of operational art. Soon after, the Naval War College shifted the focus of its military operations course from tactics to operational-level concepts. At the time I was a planning and decision-making instructor in the department. The imposition of joint education requirements only reinforced the focus on the operational level. Tactics became almost an epithet for contaminating discussions of operational-level matters.

Since the Naval War College was, and still is, the only place where students can study the combined operations of the various warfare communities, the deletion of tactics in its courses fragmented tactical development in the Navy and undermined the college’s purported operational-level focus. I remember vividly in the late 1980s when Vice Admiral Duke Hernandez spoke at the College and described his approach to using Third Fleet as a whole to counter a Soviet attack in the Pacific. His discussion of combined naval tactics mesmerized the student body, but tactics were still shunned by the College.

The fall of the Soviet Union turned the numbered fleets into area administrators and fleet tactics evaporated, being supplanted by security cooperation plans and the tactics of individual platforms. Now that China constitutes a substantial threat to U.S. command of the sea in the Western Pacific, the Navy must rediscover fleet tactics, and reinvigorate the College’s role in warfighting education.

The Navy badly needs for the Naval War College command and staff course to become a year-long classified wargame-centric warfighting course. In such a course students would gain a fleet-level perspective on tactics and be able to link them to operational art and strategy. Joint aspects would necessarily be included, but not in the abstract way they are in current JPME. Classified capabilities and tactics must be included. The development of multi-domain and distributed maritime operations cannot be properly accomplished without fleet-level tactical logic.

A wargaming-centric program of this sort was the essence of the College’s curriculum in the interwar years, where virtually every U.S. naval flag officer during WWII was a graduate of the College and its wargaming curriculum. This education was foundational to the wartime success of the Navy, and creating a cohort of senior leaders with a common understanding of fleet tactics and operational art. The College must consider how to broaden such warfighting education once more.

Robert C. Rubel is a retired Navy captain and professor emeritus of the Naval War College. He served on active duty in the Navy as a light attack/strike fighter aviator. At the Naval War College he served in various positions, including planning and decision-making instructor, joint education adviser, chairman of the Wargaming Department, and dean of the Center for Naval Warfare Studies. He retired in 2014, but on occasion continues to serve as a special adviser to the Chief of Naval Operations. He has published over thirty journal articles and several book chapters.