This post is part of a group created in partnership with the US Naval Institute covering a Lockheed Martin media event for the F-35 Lightning II. For an analysis of the fighter’s potential as an unmanned aircraft, visit here. For my discussion of other domestic considerations with the program’s development, visit here. 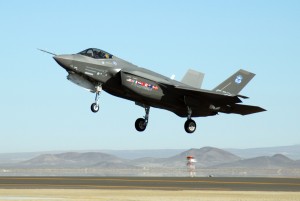 Though I didn’t get my mandatory crew rest, taking a turn on the stick of the F-35 Lightning II cockpit demonstrator was a great opportunity. Even better, though, were the insights I gained regarding the international aspects of the program. International cooperation defines the F-35 in a way unlike many other acquisitions programs. As I needed to catch up on my facts and figures, I’ll include them for those who need to get up to speed:

For all of the discussion regarding the F-35 in the US, the public often neglects the effect that changes to the F-35 program will have on other partners in the program. These partners are close allies and we have, by soliciting their funding, obligated ourselves in many ways to go the distance.

Blurring military acquisitions with diplomacy makes the F-35 program a tool of foreign policy in and of itself. Though domestic political concerns have raised valid questions regarding the future of the F-35, Americans need to consider the impact to our foreign policy caused by any changes to the program. Anyone arguing for the truncation or the elimination of the F-35 program must also explain how the United States will mitigate the damage such an act would cause to our international relationships.

As a final note, Scott Cheney-Peters and I had a great discussion – which included international aspects of the F-35 program – at TheRiskyShift.com‘s new “Debrief” podcast. Grab some coffee (or tea, for those across the pond) and take a listen!

One thought on “Thoughts on International F-35 Buys”