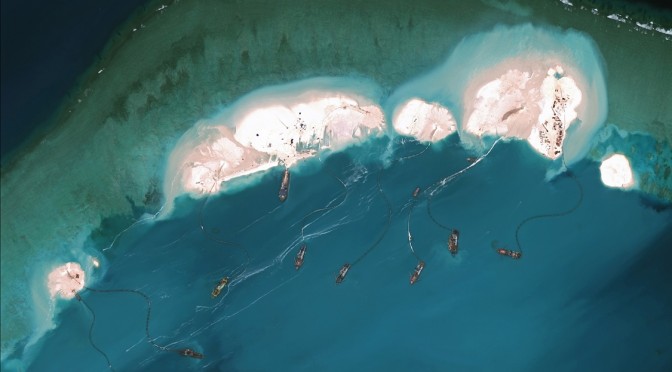 Welcome to the July 2015 Member Round-Up. Our members have had a very productive month discussing three major security topics; the rise of China, the Iranian Nuclear Deal, and the fight against ISIS. A few of the articles are shared here for some light reading over your Labor Day Weekend. If you are a CIMSEC Member and want your own maritime security-related work included in this or upcoming round-ups be sure to contact our Director of Member Publicity at dmp@cimsec.org.

Henry Holst begins our round up discussing the PLA/N’s options for submarine activity in the Taiwan Strait. His article in USNI News states that the Taiwan situation remains the driving force behind the Chinese military buildup. Holst goes into depth discussing the capabilities of the Yuan Type-39A class SSK in a standoff between China and Taiwan/US forces. This article is a must read for all who are interested in the recent developments of the Chinese submarine service.

Zachary Keck, of The National Interest, provides the next piece. July was an especially intense month for Mr. Keck, as he wrote 25 articles in July alone. Staying in East and Southeast Asia, Mr. Keck writes that just as China has done in the South China Sea, the PRC could build artificial islands nearer to India as well. 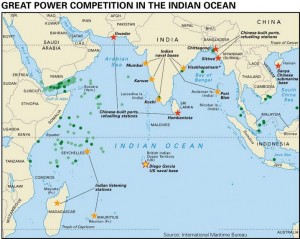 His concern is due to a constitutional amendment in Maldives that was passed in late July. This amendment allows for foreign ownership of Maldives territory.  China has rebuffed these concerns and says that they are committed to supporting “the Maldives’ efforts to maintain its sovereignty, independence and territorial integrity.” This piece will be of interest for those that are keeping tabs on Chinese expansionist tendencies.

Moving on from the Chinese situation and the South China Sea, Shawn VanDiver takes us to the Iranian Plateau and the Persian Gulf to discuss the Iranian nuclear deal now before Congress. He penned two articles last month describing the advantages of the deal. His first article, in Task & Purpose, describes his support for the 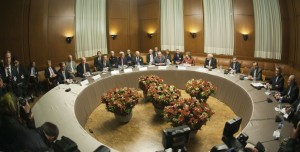 deal as a 12 year veteran of the United States Navy. He describes his apprehension and the sense of foreboding transiting the Strait of Hormuz at the sights of a .50 caliber machine gun. The next day his second article on the Iran deal came out in the Huffington Post. This article was slightly different as he focuses more on the stated positions of the then current crop of GOP presidential contenders and Senators. He states that the deal is a new beginning. Well worth the read if you are at all hesitating on the importance of this crucial deal.

For the last mention in our member round up, Admiral James Stavridis spent time last month discussing the role of Turkey in the current fight against ISIS. As former Supreme Commander of NATO forces, Admiral Stavridis is uniquely qualified to render judgement on the role of a critical NATO member in the region, the only one directly affected by ISIS fighters. He was interviewed on ABC’s This Week with George Stephanopoulos.  In the same vein, he penned an article in Foreign Policy discussing the importance of NATO use of Incirlik Air Base in Turkey on the Mediterranean Coast.  This base is seen as critical to the effort against ISIS in Syria and Iraq.

CIMSECians were busy elsewhere too:

That is all for July. Stay tuned to CIMSEC for all your maritime security needs.

“A good Navy is not a provocation to war. It is the surest guaranty of peace.”

The views expressed above are those of the author’s.