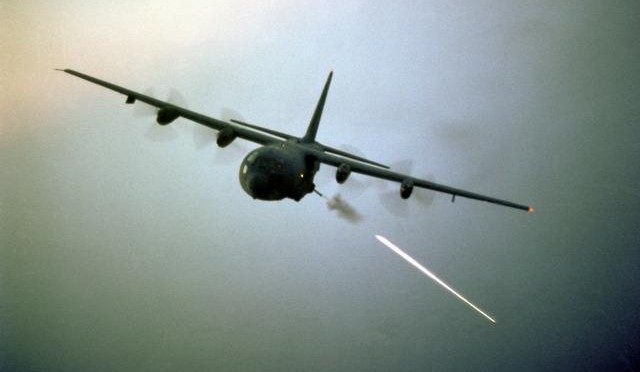 This essay is part of the Personal Theories of Power series here at CIMSEC and The Bridge, which asked a group of national security professionals to provide their theory of power and its application. We hope this launches a long and insightful debate that may one day shape policy.

Despite the historical success of joint action, many professional warriors and strategists continually debate which military function is most decisive in the termination of war. Even today, some question whether it is indeed worth the effort to work through the complications of combining competing strategies into effective joint action. My personal theory of joint action proposes an artful blend of both sequential and cumulative strategies to conduct unified operations that most effectively achieve our national objectives. Strategic effect is reduced when either cumulative or sequential strategies are parochially subordinated to the other, since there is no single, decisive function, service, or role in war.

The Goldwater–Nichols Department of Defense Reorganization Act of 1986 drastically changed how the US military operates. Most importantly, it required the military services to interact jointly by force of law. This legal requirement for joint operations is necessary; but is by itself insufficient to build a compelling basis for joint collaboration, integration, and interdependence. While there has been much ink spilt over the normative force of Goldwater-Nichols, few have explored the theoretical basis for joint interdependence since Sir Julian Corbett.[1] This essay attempts to expand Corbett’s theoretical foundation that gives the law its conceptual footing.

Joint action, or jointness, is the creation of complementary strategic effect across all domains towards a shared political objective. Achieving a degree of physical or psychological control over an adversary creates strategic effect and requires an appreciation for the unique specializations and inherent difficulties of each domain-focused force. This appreciation acknowledges that institutional professionalism is hardly omnicompetent or transitory between varied forms of military power.[2]

In Military Strategy, J.C. Wylie[3] postulated that the “common factor” to all power struggles “is the concept of control, some form or degree or extent of control exercised by one social entity over another.”[4] Wylie’s work offers a novel lens for viewing fighting, the solitary means of war.[5] This combat-centric view turns our attention to questioning the best strategy for combat operations.

Often, the territorial imperative quickly comes to the forefront. If land matters most, as some have correctly suggested,[6] then our discussion of the best strategy comes to an abrupt conclusion if we assume that land is all that matters. If only land matters, then achieving the desired effect via the continental theory of war promulgated by some strategists answers our question. As Corbett suggested:

Since men live upon the land and not upon the sea, great issues between nations at war have always been decided—except in the rarest cases—either by what your army can do against your enemy’s territory and national life, or else by the fear of what the fleet makes it possible for your army to do.[7]

Is this settled theory or should we concern ourselves with the nagging implications of Corbett’s fear of the possible? How should we properly understand the latter part of Corbett’s statement regarding the former’s pious and possibly sole finality? Wylie offers us insight when he suggests, “there are actually two very different categories of strategies that may be used in war.”[8] He categorized these strategies as sequential and cumulative:

Normally we consider a war as a series of discrete steps or action, with each one of this series of actions growing naturally out of, and dependent on, the one that preceded it. The total pattern of all the discrete or separate actions makes up, serially, the entire sequence of the war. If at any stage of the war one of these actions had happened differently, then the remainder of the sequence would have had a different pattern. The sequence would have been interrupted and altered. But there is another way to prosecute a war…. The other is cumulative, the less perceptible minute accumulation of little items piling on top of the other until at some unknown point the mass of accumulated actions may be large enough to be critical. They are not incompatible strategies, they are not mutually exclusive. Quite the opposite. In practice they are usually interdependent in their strategic result.[9]

“[A] sequential strategy would utilize the ability of force to take and protect,” Lukas Milevski suggests, “whereas a cumulative strategy would utilize the innate capacity of force to inflict damage.”[10] Sequential strategies strive for finality in achieving strategic effect, while cumulative strategies effectively deny such finality.

Both strategies are best understood as complementary sides of the same coin, rather than inherently hierarchical or opposing inferior viewpoints. Sequential strategy promotes inherently offensive assertions of control, while cumulative strategy is an inherently defensive aspect of control that saps the strength of an adversary’s assertions for control.[11] These categorizations are not exhaustive, but they are useful in explaining how merging sequential and cumulative strategies jointly enhance strategic effect.

Explanation of Joint Action via Sequential and Cumulative Strategies

It would seem inherent in Wylie’s suggestion that the “ultimate determinant” of control “in war is the man on the scene with a gun.”[13] However valid this point might be, as suggested above with the coin analogy, it illuminates only one part of the whole. War is a “duel on a larger scale” between opponents with varied capabilities and strategies at their disposal. There is room on both sides for misconceptions about the nature of the aforementioned coin.

Zealots will always promise “decisive” war termination via either type of strategy, omitting the obligatory importance of jointness. Slogans such as “Victory through air power,”[14] and “[land power] when specific outcomes matter,”[15] illustrate two such examples. Sometimes these are suggested as result of unwitting reductionism, but can also be the polemic tools of ideology or cynical competition for resources. The greatest barrier to joint action is parochial thinking that does not fully appreciate other strategic viewpoints, more precisely, a blend of sequential and cumulative strategies.

Relationship of Jointness to the Interaction of Sequential and Cumulative Strategies

While finality is possible with sequential strategies, hostility is always at play. War rarely allows for a single decisive blow, nor is the ultimate outcome of a war usually to be regarded as final. Additionally, lest we commit ourselves wholly to the lure of “decisive” strategies, one can never overlook the political constraints dictated by context in asserting control.[16] Clearly, there is more to consider than a simplified perspective of “decisiveness.”

Milevski illuminates the interplay between cumulative and sequential strategies further:

Cumulative strategy is underappreciated, in part because it cannot be ‘of itself reliably decisive’…. Its effect is limited and only works over time, anathema to those strategists whose aim is short, decisive wars. Cumulative strategy can on its own only achieve a denial of control the result of which is to obscure the choices that really are available and the consequences they may have…. Bereft of the ability to take, it cannot force a conclusion upon [an adversary] unwilling to accept it, as may be ultimately possible with sequential strategy…. To those not trained to think in terms of control, denial of control as an operational method seems inexplicable as it does not fall into more popular categories of operations such as direct and indirect or attritional or maneuver. Bereft of an intellectual framework, however implicit, practitioners facing a cumulative strategy have no way of understanding the character of the threat they face. This lack of comprehension affects not only the strategy chosen to counter it, but also practitioners’ grasp of who is more strongly affecting whom.[17]

The interaction of cumulative and sequential strategies is complex. As a result, it is useful to consider this interaction during the ongoing debate over war termination, counterinsurgency operations, and even resourcing of our future military capabilities. In each of these areas, success will be secured by balanced use of cumulative and sequential strategies in a joint and thoughtful manner.

Anticipation within a Positive View of Joint Action

Wylie’s theory of control viewed through the dichotomy of sequential and cumulative strategies is not meant to be prescriptive nor mathematical. After all, the interplay between friendly and adversarial combinations must be tested in real war.[18] Actual context requires the subjective blend of these strategies into unified action. By understanding the core of control as having two equally important strategies, sequential and cumulative, one grasps the fundamental basis of jointness as a principle in achieving a desired strategic effect.

“One can sense a very real possibility that this concept of sequential and cumulative strategies operating in coordination,” Wylie suggests, “may help us form more valid judgments of the interrelationship between ground and air, ground and sea, and sea and air forces.” Since he wrote these words, technology has irrevocably changed the modes of warfare making this interrelationship more complicated. Nevertheless, Wylie grasped the most important element of the debate when he suggested that control was best achieved via an interoperable application of both cumulative and sequential strategies.[19] It is for this reason that strategists should willfully acknowledge and be driven by a holistic understanding of the necessity for jointness, rather than by force of law. My personal theory suggests that this approach to joint action will increase success in translating tactical action into strategic effects that promote our national interests.

[1] This essay is greatly indebted to the works of Clausewitz, Corbett, Colin Gray, Lukas Milevski, and especially J.C. Wylie as the means for developing a basis of joint action. The latter’s work in Military Strategy is especially useful in parsing out how cumulative and sequential strategies drive how we think about war. Also, the author would like to thank Jeremy Renken, Scott Shipman, and Nick Prime for exchanges that further illuminated Wylie’s theory of control to me.

[3] If Sir Julian Corbett is the first joint theorist, then J.C. Wylie’s insistence upon integrated sequential and cumulative strategies as a prerequisite for political advantage within a military context demands that he be held as a close second.