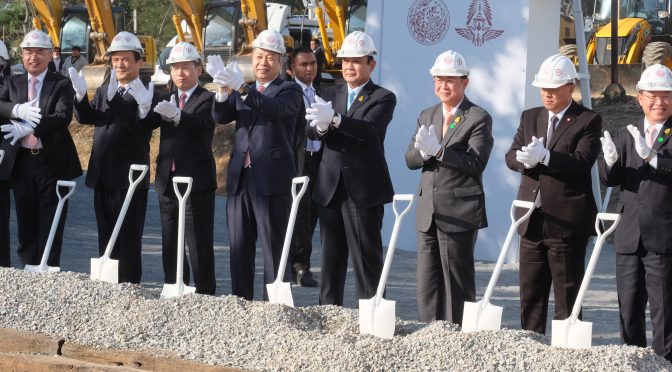 What could and should the United States do if the Belt and Road Initiative collapses?

By Grant Newsham and Tuan Pham

Part one of this two-part series discussed the growing concerns of a Belt and Road Initiative (BRI) bubble that may burst, and that China’s hurried and reckless BRI investments through the years are beginning to drag down its already slowing domestic economy.

So to advance the strategic dialogue, let’s assume that the BRI bubble has, or is close to bursting, and is exacerbated by a weakened Chinese economy and a destabilizing trade war. In part two, each author individually offers his perspective on what America could and should do (and conversely not do) as the result thereof.

Opportunities – What to Do

Pham: Make the most of the strategic opportunity and build more economic leverage on the issues of China’s unfair trade policies and practices, discriminatory trade barriers, unequal trade balances, forced technology transfers, and intellectual property rights theft. Leverage the recent U.S.-European Union agreement to ally against China which has nearly broken the world trading system. Then, convert the accumulated economic leverage into additional political leverage in the geographic spheres of North Korea, South China Sea (SCS), East China Sea, and Taiwan and contested domains of space and cyberspace – similar to how Beijing uses the BRI. When appropriate and expedient, rejoin the Trans-Pacific Partnership to complement the other U.S. instruments of national power; bind America to the other regional economies; blunt the other Chinese economic initiatives like the Regional Comprehensive Economic Partnership and Asian Infrastructure Investment Bank; and ultimately offer an enduring alternative to the BRI. From there, use the added influence to further encourage and challenge China to become a more responsible stakeholder that contributes positively to the international system and uphold the international rule of law and respect for global norms (human rights, freedom of navigation, etc.); and in the long-run, possibly consider a grand bargain to adopt mutual agreements and avoid another Cold War (no large-scale conflict directly between the two sides, but each may be supported by major regional “proxy” wars) and the Thucydides Trap (a rising power challenges a dominant power leading to a great power competition for preeminence).

Of note, the concept of the Thucydides Trap has detractors who understandably and fairly warn against the Chamberlain Trap (avoiding conflict through concessions) and cite the years of ill-advised U.S. acquiescence and accommodation (strategic patience and wishful thinking) in the SCS. Nevertheless, no matter which side one takes on this philosophical debate, the reality remains that China and America are interlocked in a strategic competition for regional and global pre-eminence. So, how best to contain and manage this competition and keep it from escalating into a “no-win” conflict?

Newsham: Recognize that China’s objectives with the BRI are ultimately political. BRI is one front in an existential, multi-front campaign to displace and overtake the United States – and America’s pernicious notions of individual liberty, rule of law, and equality among nations – that have served the world well for the last 70 years.

As such, the U.S. Government (USG) ought to do several things with the BRI in mind. First, develop and implement a political warfare effort that exposes the BRI as ultimately a combination of colonialism and loan-sharking. As often as not, BRI investments and projects are over-priced, poorly thought out, and shabbily constructed; and benefit China and Chinese companies more than the recipient countries.

Toward this end, the USG might also profitably direct its vast intelligence resources toward exposing the corruption and payoffs that are part and parcel of Chinese business and government efforts connected with the BRI. The USG bringing charges against Patrick Ho, a former top Hong Kong official, for bribing African officials on behalf of a Chinese company shows what is doable. Locals who resent Chinese heavy- and under-handedness will welcome exposure of such improprieties.

Second, keep trade pressure on China in response to longstanding unfair trade practices. This pressure – and attendant reductions in the foreign exchange needed to keep the Chinese economy chugging along – reduces funds available for BRI activities – to include investments, bribes, and bailouts. It’s ironic that U.S. and Western businesses have effectively funded the BRI efforts – not to mention China’s military development.

But it’s not enough to criticize China and the BRI – even if well founded. Indeed, one must admire China and Chinese companies’ willingness to get involved in countries where American companies refuse to go. The USG needs to work closely with the private sector and change the “risk profile” for American companies so they might show some initiative and go where Yankee Traders of old used to go. And since this is ultimately a political struggle, why not link the public-private partnership effort with that of allied countries such as Japan, Australia, South Korea, the United Kingdom, and others?

In summary, recognize the BRI for what it is, expose its vulnerabilities and rapacious aspects, keep trade pressure on China and thus reduce the foreign exchange available for its BRI activities. And as importantly, the United States and like-minded countries need to offer a better alternative.

Challenges – What Not to Do

Pham: In light of the deepening economic stagnation, the present risk of domestic political instability may drive Beijing’s future foreign policy. Economic prosperity (purse) and nationalism (people) – buttressed by the People’s Liberation Army (gun) and propaganda (pen) – have long been the principal sources of legitimacy, credibility, and stability for the Chinese Communist Party (CCP). As the prosperity and nationalism wanes, President Xi Jinping (undisputed core leader of CCP) may increasingly rely on propaganda and security – tempered to a certain extent by fiscal constraints – to maintain the party’s (and his own) power and influence over the masses. In other words, make people look outward at the forest and not inward at the trees.

But here lies the strategic quandary for U.S. policymakers. The tricky part is to avoid strategic overreach and to find the right balance of making the most of the strategic opportunity without  triggering the CCP to a tipping point that elicits a strong nationalist response (including military confrontation).

Newsham: Don’t bail out Xi and China if they’ve been overextended on the BRI. They won’t appreciate the gesture. The more problems Beijing has with financially draining overseas ventures – and the inevitable local opposition they provoke over time – the less China can concentrate its efforts on military development and bringing its regional neighbors to heel while being able to take on its declared main enemy – the United States. It also dispels the image of inexorable Chinese domination.

Don’t try to calibrate just the right mix of pushback and engagement (to include on the BRI) that will make Beijing become a “responsible stakeholder.” Why should it? China has done well enough over the last 40 years without adjusting its behavior. Robert McNamara also tried “calibrated” pressure with North Vietnam. It didn’t work very well. Instead, stand up for America’s own interests and keep the pressure on.

Don’t consider the chance for a few American firms to make some money on BRI projects to outweigh the existential threat the CCP-led China poses to the free, liberal world order. And don’t forget that today’s China holds over one million people in internment camps and is trying to do the Uighurs what King Edward the First tried with the Scots. It is also a repressive security state along the lines George Orwell wrote about and where modern technology is creating new and unprecedented tools of oppression. At the end of the day, regardless of the highways, ports, and bridges it might build (for a considerable price and of questionable quality) in far-flung places, it should always be remembered that the BRI is an outgrowth of a staunchly authoritarian and repressive regime.

China risks big with the BRI, and accordingly, could lose big if indeed the declining trend lines are proven correct. If so, how does it impact Beijing’s strategic ambitions for national rejuvenation and ultimately global preeminence? But more importantly, how could and should Washington make the most of the strategic opportunity?

Grant Newsham is a retired U.S. Marine Officer and a Senior Research Fellow at the Japan Forum for Strategic Studies.

Tuan Pham is widely published in national security affairs and international relations. The personal views expressed therein are their own.