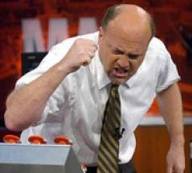 Jim Kramer, madman behind CNBC’s Mad Money, always says, “where’s the pin-action?” or rather, “what are the wide-ranging domino effects of events.” The deal announced this weekend over Iran’s nuclear program is the axis of a massive strategic wheel which, if the deal is successful, will begin to turn. This article is not a debate on the durability of the coalescing Iran deal, but rather on its wide-ranging diplomatic, military, and economic effects if executed satisfactorily.

In order to counter Iranian influence in the Gulf, the United States has unfortunately had to shackle itself with Saudi Arabia, of whom FDR may have well said, “may be a son of a bitch, but he’s our son of a bitch.” Unfortunately, this particular SOB isn’t an SOB to just the enemy. While purportedly a significant source of intelligence aid and support in the GWOT, entities in Saudi Arabia are also suspected of providing significant funding to Al-Qaeda associates, and the country is often a very clear human rights nightmare. Walking the diplomacy, human rights, military operations, and public image line is difficult enough before adding “balancing” Iran with folks who act like the Saudis to the mix. Any working deal with Iran frees the US’s hands to play a tougher game with Saudi Arabia, who is terrified of being left out in the cold of increased Iranian influence in the region.

Iran continues to be a severe problem in areas of conflict outside the nuclear weapons question, like in Syria and in material of terrorism, as in the case of Hezbollah. Israel still rightfully worries about their non-nuclear activites. However, any practitioner of negotiation would tell you that you can’t get everything you want from the beginning. You need a starting point. If played correctly, the un-freezing of funds and potential increased business relationships/profits from opening trade based on good continuing behavior may create a virtuous cycle. With the potential strategic calculus of the new leadership, Iran may be discouraged from it’s bad behaviors in those far-flung arenas. The opportunity to develop domestically and fulfill the failed economic promises of a decade will hopefully pull attention away from more destructive enterprises and towards the domestic infrastructure programs Iranians have been calling for. Perhaps the US has facilitated Iran’s “Burma Moment.”

Oh, did I mention long-term lower oil prices adding a boon to a stagnating global economy that no longer needs to fear Iranian nuclear weapons or conflict in the gulf?

In a time of sequestration, resources are going to be stretched thin. Facility development in Qatar, Dubai, Bahrain, etc… in response to Iranian threats and the massive project of ballistic missile defense will in the immediate term continue to be important, but if successful in changing Iran’s  strategic calculus from military to economic success, those efforts can give way to the bigger projects of presence in Asia and projection in Africa. Decreased threats from Iran will help lighten regional carrier presence calculations, for example. Imagine, the resources spent to move the fleet of Cyclone-class PC’s to Bahrain spent elsewhere (PC’s to Singapore, perhaps) if the Iranian threat didn’t loom so large. Lightening that demand signal will give the U.S. military important freedom and flexibility to meet future goals.It is a simple and intuitive point, but one with massive impact.

Ronald Reagan is often known for saying the Russian proverb, “trust, but verify.” In the case of Iran, there is no extended relationship of engagement upon which to base any trust, “verify, THEN trust.” Any deal, as stated by the President and Secretary Kerry, will need to be heavily monitored and enforced by the united front of negotiating parties. Skepticism is an important part of a deal being a success. That said, the perils are many, but the benefit are huge. It’s a long shot, but so worth a shot.

Matthew Hipple is a surface warfare officer and graduate of Georgetown’s School of Foreign Service. He is Director of the NEXTWAR blog and hosts of the Sea Control podcast. While his opinions may not reflect those of the United States Navy, Department of Defense, or US Government, he wishes they did. Did he mention he was host of the Sea Control podcast? You should start listening to that on Itunes, Xbox Music, or Stitcher Stream Radio.