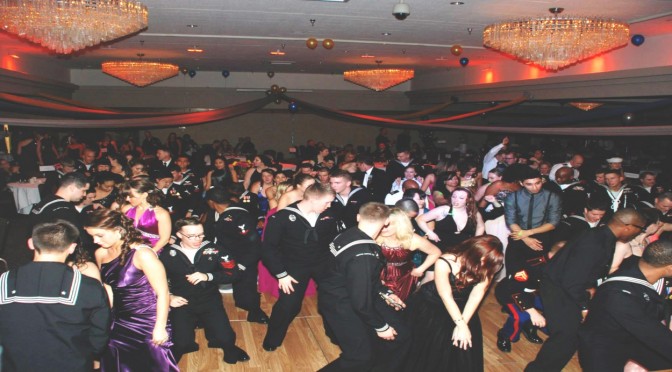 WASHINGTON – The brass was out and the Sailors were shining at the U.S. Navy’s annual “Pivot to Asia” Gala at the Gaylord National Resort and Convention Center on Saturday. This year marked the fourth such affair, a brass-filled celebration of the Obama administrations much-heralded namesake national security policy. The event, commissioned in December 2009 by then Chief of Naval Operations Admiral Gary Roughead, represents the Navy’s return to the pre-eminent role in the U.S. Military. Prior to the Asia pivot, the former “stalwart of the seas” had been marginalized by counter-terror missions, counter-insurgency doctrine and the advent of land-based drone technology.

During what was known as “the dark times” by navy brass, the service yearned for the halcyon days of Top Gun, bombing North Vietnam into the Stone age and “sinking any ship labeled ‘IJN’ faster than you can say Admiral Nimitz,” said a slightly tipsy Rear Admiral (Lower Half) Joshua Painter.

“It was embarrassing,” Painter continued. “The Army and Marine Corps are walking around with their combat ribbons and valor awards looking down at us ‘squids,’ I mean I’m sorry my service didn’t think it was a good idea to invade two countries with ¼ of the men required, what do we know….you know…do you know when the last valor award was given to a ship for combat operations? Libya – and this ‘Benghazi’ thing – 1980s Libya. Sure we sent gunfire liaison support, medics, and SeaBees into the fight, not to mention the SEALs – thank God for them. Best PR since Tom Cruise did a 4G negative dive with a MIG 28…INVERTED! But still.”

Although integral to the “Global War on Terror,” some in the Navy felt it didn’t get the respect it deserved. The riveting accounts of daily fire-fights in places like Ramadi, Mosul, Kunar Province, and Nuristan were featured on the nightly news and throughout print media. As the wars in Iraq and Afghanistan slogged on, Americans sought to not repeat the treatment of American troops they faced during Vietnam. This effort to support the troops had an unintended negative side effect as thousands of Sailors and Coast Guardmen got caught in the ‘support the troops’ crossfire.

“These civilians see your haircut or a bartender sees a military ID and just starts thanking you for your service,” said Sonar Technician 2nd Class Ronald Jones. “They ask if I have driven over an IED or been to Iraq…and I have to sheepishly reply ‘no, I am in the Navy.’ I shouldn’t be embarrassed. I can track a Russian boomer from Polyarny to Panama and read and write at a high school level, unlike our glorious cousins, the Marine Infantryman! This sun burn is from Mission Beach, not a mission in the sand box, but I feel like I’m leading folks on.”

According to Naval Aviator Lt. Cmdr. Rick Heatherly, the morale in the surface fleet had become dangerously low. “The good old days were gone, the world was all terrorists and insurgents. Back in the 80s, when people saw my wings I couldn’t buy a drink if I wanted too. Now all I get is ‘Are you a Navy Seal? Do you know any?’ I love those guys but my god, from the press they get you would think the entire Navy exists to support them. When we got to go fight Somali pirates, the fleet was thrilled. But who came in on their helicopters and saved Captain Phillips, now a major motion picture, but the SEALs…drives us crazy!” 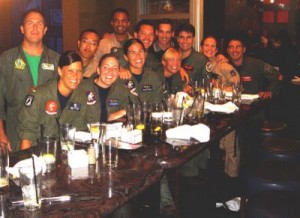 They say it is always darkest before the dawn. The sun rose on the 21st-century Navy when the Peoples Liberation Army-Navy (no relation to the Army-Navy football game) announced the creation of a “Blue Water” fleet with no fewer than four aircraft carriers. Non-counter-insurgency and neglected Air Force and Navy partisans responded quicker than you can say “Empire Strikes Back,” publishing a litany of operational concepts and strategies, known popularly as “Air-Sea Battle” (ASB) and “Offshore Control.”  ASB combines naval and air assets to counter anti-access and area-denial (A2/AD) measures employed by a nation with a modern military. “The Army didn’t know what hit them!” laughed Captain Rockwell ‘Rock’ Torrey. “They were so busy arguing the best way to train the soldiers of Kerblakistan to fight Al Qaeda that they forgot that COIN is needed after you screw up an occupation.” Army Colonel Thomas Ryan was in attendance due to the DOD requirement that all operations be “joint.” He responded “I don’t care how many billions of dollars you spend, at the end of the day you will need a boot on the ground with a gun in its hand. I mean, not saying boots have hands, but…you know what I mean.”

The site of the gala, the Gaylord National, is fittingly situated in the remote National Harbor development known locally as the “Green Zone” for its isolation from even the surrounding municipality of Oxon Hill, MD. But inside the affair was all glitz, including a room dedicated to showing Hollywood films that involve the U.S. Navy. While the list included Flight of the Intruder and They Were Expendable, much to this reporter’s chagrin, The Hunt for Red October was not on the list. When asked, various surface warfare officers (SWOs) and aviators responded with variations on “%^&* those weird clowns, They get enough glory as it is. They haven’t sunk a ship since Truman was president.”  “I mean those guys are all secrets… where did you go? Secret! What did you do? Secret! What time is it? Secret!” and “Seriously, Imagine a metal tube filled with Gollum from Lord of the Rings, with egos and nukes. If one tries to fight you, just run 20 feet; he’ll be winded at 5.”

Inter-naval rivalries aside, the air, surface, and subsurface arms of the U.S. Navy celebrated in style next to stars from the hit shows NCIS and NCIS: Los Angeles, as well as stars of the myriad of recent films featuring Navy SEALs, including Act of Valor, Zero Dark Thirty, Lone Survivor, Captain Phillips and the 1990 film Navy SEALs [The casts of Battleship, Down Periscope, Under Siege, and Cher’s 1989 music video “If I Could Turn Back Time” were reportedly not invited].

As China continues to expand its claims on resource-rich islands, sea lanes, and air space the need for a strong Navy is vital to the United States’ national interest. The rise of China has returned the Navy to its former glory, as it once again has a mighty foe worthy of its expensive yet impressive arsenal.