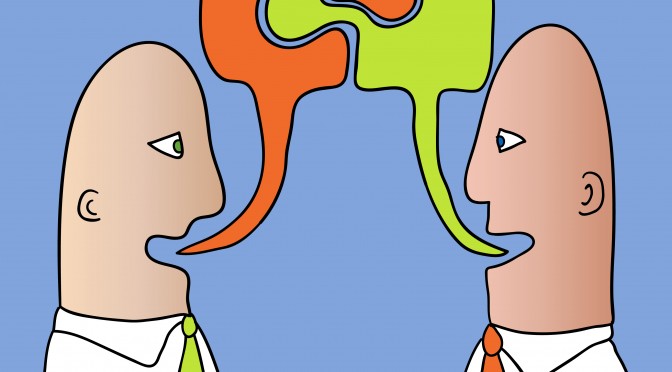 The CNO’s Rapid Innovation Cell (CRIC) had an opportunity to meet with the Naval Undersea Warfare Center (NUWC) in Newport, RI in November, 2013. The CRIC is a group of 15 junior officers and enlisted in the Navy who explore the range of ideas and technologies being employed in the military, government, and commercial sector, and then experiment to see if they could be applied in the Navy. NUWC is a Department of the Navy Warfare Center, which develops and supports undersea capabilities. The objectives of the visit included building a greater understanding of operators’ concerns among scientists, engineers, and analysts at NUWC and link some of those concerns to products that could be used as potential project ideas, and provide warfighters information on technologies currently available or under development. Below, we discuss the approach and high-level results from the event.

Two separate sessions were held to generate ideas. The first was a facilitated “ideation,” or idea-generation, session in which CRIC members were interspersed with scientists, engineers, and analysts from across NUWC to brainstorm challenges and opportunities facing the undersea force. The somewhat hectic sessions produced a wide range of ideas, it also helped to develop a broader perspective about problems at various stakeholder levels before jumping into the weeds during the second session.

The second session consisted of small groups (2-3 people) of CRIC members and NUWC personnel touring some of the technical innovation underway across NUWC. These tours were structured to encourage discussion – the small groups and time available allowed for the CRIC to be easily shift between topics or delve into deeper detailed discussions based on a potential concept’s applicability. The visit was augmented for CRIC participants with visits to other NWC and NUWC groups: the Halsey Groups, Gravely Group, and Wylie Group, which helped to establish strategic context in which new ideas would be applied.

Over the course of the event, there were a number of ideas (methods and technology solutions) that drew interest, but most intriguing were the differences in how the CRIC members and NUWC employees approached the same problem – in some ways a variation on the truism that “where you stand depends on where you sit.” CRIC members (principally junior officers and enlisted) tended to view the elementary fighting unit in the Navy as the sailor and tended to focus on solutions that centered on or leveraged human elements. They tended to seek ways to create change among people, but favored solutions that implied they had less power to create change in technical systems. On the other hand, NUWC employees tended to view the elemental fighting unit as the platform itself and tended to focus on solutions that employed systems to address problems at a higher level of warfare. From this perspective, NUWC participants’ ideas presumed an ability to easily change systems, but had little control in how these systems were used by people.

Most of the solutions identified by the CRIC focused on bio-inspired systems, autonomous systems, or systems to assist the individual operator. NUWC, on the other hand, focused on solutions for the ship or technical networking solutions (to create more of an operational-level effect). Brainstorming across these two perspectives provided a variety of responses, and also helped each group of participants better understand the perspective and strengths of the other.

Also noteworthy, when asked to vote on the ideas generated during the ideation session, CRIC and NUWC participants all tended to more heavily favor technology-based solutions.

The problems identified in the brainstorming session tended to fall into three categories: survivability, cognitive loading, and deckplate experimentation. Survivability problems dealt with improving the fleet’s performance against a capable adversary. Cognitive loading issues looked at how to increase the operator’s bandwidth to process and understand information, along with using technology to decrease the drain on the operators from stress or tasking. Deckplate experimentation problems focused on the desire to provide more opportunity for technical as well as operational experimentation onboard ships. Several times the idea of sailor-led innovation or experimentation was brought up, and that these innovations need not be material-based. Participants broadly agreed that any time a sailor tries a new way of accomplishing a task, it creates a potential for innovation. Both groups showed great interest in finding more ways to enable sailor-led innovation (with the understanding that this task is much easier said than done).

The event’s greatest benefit was the opportunity to close the gap between the warfighter and technologist, if even only a little. It is not always easy to completely understand the problems facing the warfighter or the solutions offered by the technologist. The lists of requirements and priorities are only as helpful as the understanding of their own problem. (An adage in systems analysis says the customer never understands his own problem.) The CRIC and NUWC Newport demonstrated that there is no substitute for a face-to-face exchange to help better understanding of the realm of the possible.