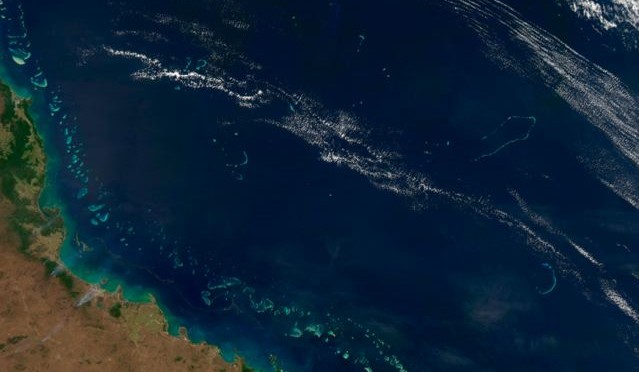 The 3rd World Congress of Marine Protected Areas (MPAs ) was held in Marseilles and Ajaccio in October 2013 and the Government of New Caledonia reacted quickly by officially opening in April 2014 the Natural Park of the Coral Sea.

This is an important issue for France, which has the second largest maritime space behind the United States [Which recently drastically increased the size of its Pacific Remote Islands Marine National Monument]. Indeed, the New Caledonian park occupies its entire exclusive economic zone, nearly 1.3 million km².

What are the issues and the objectives of this park? Which obstacles the government of New Caledonia will have to face?

Harold Martin, the President of the Government of New Caledonia, announced the creation of the park in August 2012 at the annual meeting of the Pacific Islands Forum. He relied on a strategic analysis of the maritime space planning, conducted in 2012 with technical support from the Agency of Marine Protected Areas.

Five parks were recently created in France. However, only two are operational (Iroise and Mayotte) and have a management plan and a team ready for action.

Olivier Laroussini, director of the Agency for Marine Protected Areas, considers that “France’s oversea territories are larger and less populated; they can help revitalize the creation of protected areas.”

The natural park of the Coral Sea is today one of the largest protected marine areas in the world: 1.3 million km², which represents 95% of waters on which New Caledonia is sovereign. This also amounts to 12.7% of the entire French maritime space.

The need for a natural park 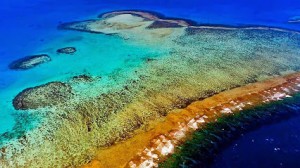 Indeed, only 3% of waters are protected worldwide, while the target set by the Convention on Biological Diversity signed in Nagoya in 2010 and reiterated in Ajaccio last October was of 10%. It is necessary to protect the marine environment since 40% of the world’s oceans are permanently affected by human activities, in particular by overfishing, pollution and acidification linked to global warming.

The objectives of the Natural Park of Coral Sea

Jean-Paul Michel, director of Global Ocean Legacy France recalls that “this park is very ambitious: its wide surface will allow the ecosystem to regenerate well. But for now on, this is an empty shell: we must assign resources and choose the areas to be particularly protected.”

Indeed, the main challenge is to generate a genuine shared management. For this, a management committee will be established soon. It will include local actors (institutions, civil society, traditional and scientific representatives) and it will be chaired by the High Commissioner of the Republic, representing the French state (equivalent to governor) and the President of the Government of New Caledonia. Within three years, it will develop a management plan that will define conservation areas, reserves of ecosystems and those suitable for fishing and tourism. Those proposals will then be sent to the government of New Caledonia for adoption. The latter is indeed competent in managing the resources of the maritime space while the French government retains the power to maintain sovereignty over these waters.

It is the government of New Caledonia that will support the financing of the management (many funds have yet to be raised), while the French state will be responsible for ensuring the functions of surveillance and law enforcement. Jean-Michel Paul reminds us that “We should also ensure that the next government, which [was] named after the provincial election on May 11, allocates the resources necessary for the proper management of the park.” And indeed, the uncertainty rules in the camp of local actors.

In addition, this new park should be submitted to the Oceania 21 conference to be held in late June in Noumea. This event will bring together heads of state from 15 countries and recognized experts, including Nicolas Hulot , the Special Envoy of the President of the French Republic for the preservation of the planet and Jean-Michel Cousteau , grand-son of the Commander Jean-Jacques Cousteau and founder of the “Ocean Futures Society” association, based in Santa Barbara, USA.

Unfortunately, delays have occurred at the administrative level that augured that it will be difficult to make this conference a summary of actions already underway.

In New Caledonia, it is feared that many use conflicts emerge, especially when the park will cover areas where the native population, the Kanaks, are accustomed to fish.

Another issue is the completion of the Extraplac program which suffers significant budgetary problems which seriously hamper its deployment, and beyond, the implementation of an ambitious maritime policy.

In addition, France has taken a considerable delay in filing extension requests to the Commission on the Limits of the Continental Shelf, in the case of Saint Pierre and Miquelon, the French Polynesia and Clipperton.

Negotiations with neighboring States relating to the boundaries of sovereignty have also led to freeze requests on New Caledonia, French Guiana, Guadeloupe, Martinique and the Kerguelen Islands.

3 thoughts on “A Huge Step Forward for Marine Protection”