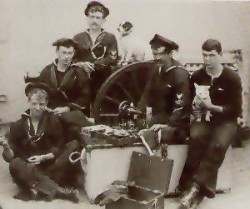 After asking for military discounts my entire adult life, and usually getting them, I feel confident in calling Americans fans of the Armed Forces. “Support the troops” was a major catchphrase in the months and years following 9/11, and while that that has died down some, the sentiment remains.

Servicemembers have benefited in a multitude of ways, but most notably in their wallets. While historic military pay usually lagged behind the civilian economy, in the last decade and a half it has rocketed well above prevailing wages when adjusted for age and education levels (full report and summary).

That made some sense when military recruiters had to compete in a superheated job market, with one unnamed service (rhymes with “smarmy”) vastly extending waivers and reducing minimum enlistment periods. But recently, the situation has been different. Waivers are rare. Recruiters are in a target-rich environment, and retention is at all-time highs.

And even in this environment, servicemembers are still getting a raise next year.

In these times of both fiscal constraint and high retention, does this really make sense?

Let us make a mandatory disclaimer: the inherent risks of military service certainly justify fair and equitable compensation, and no pay or benefit can truly compensate servicemembers for combat, time away from home, injury or other sacrifices. But too often, that disclaimer is allowed to substitute for policy, and benefits just keep growing… and growing… and growing.

First, at what point do personnel costs (already the biggest part of the DoD budget) crowd out procurement, operations, maintenance, R&D and all the pointy-end-of-the-spear things the military does that make the job worthwhile? It doesn’t do much good to have well-trained, highly-paid troops if they’re killed while riding in inferior equipment.

Second, at what point do the taxpaying civilians grow to resent the privileges of the troops, especially as we leave Afghanistan and end the long combat deployments that engender sympathy for the military? That mission’s end will bring lack of clarity on what exactly the Armed Forces do. Watch the yellow ribbons disappear if the public decides the “Pacific pivot” is nothing more than paid military vacations in Australia and Singapore.

There is a world of reasons to deeply value the institution of the military; however, these critical questions will never be satisfactorily addressed if servicemembers are placed on some kind of super-citizen pedestal.

We have seen the sacred cow, and it is us.

Matt McLaughlin is a Navy Reserve lieutenant and strategic communications consultant whose pay lags far behind guys who play Navy lieutenants on TV. His opinions do not represent the Department of the Navy, Department of Defense or his employer.