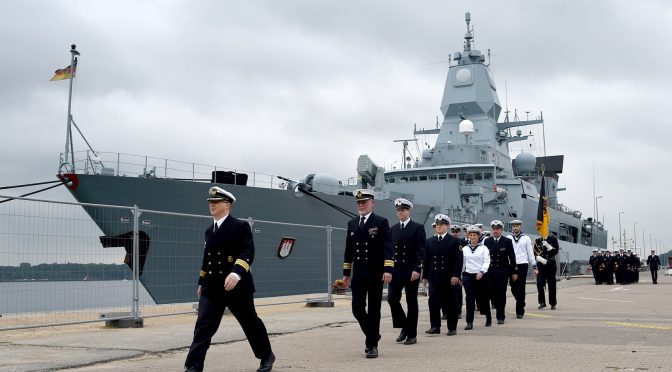 Last week CIMSEC published articles analyzing European maritime security submitted in response to our Call for Articles. Submissions discussed various topics including but not limited to high-end and hybrid warfighting challenges in the Baltic, humanitarian operations in the Mediterranean, and strategic thinking on maritime arenas far from the European continent. We thank our authors for their excellent contributions, listed below.

Integrating Maritime Security Operations in the Mediterranean by Evmorfia-Chrysovalantou Seiti

“This work will analyze the external actors present in the Mediterranean and the schemes of cooperation for preventing a spillover effect, which can not only impact the European continent but global affairs.”

“An enlarged and more advanced Black Sea Fleet has the potential to provoke substantial tension with the United States and NATO, especially in the Mediterranean Sea. Nevertheless, it also has the potential to act as a security partner for the Alliance for operations against regional—and cross-regional—terrorism, trafficking, and piracy.”

“NATO’s leadership termed Russian strategy ‘hybrid warfare,’ defining it as warfare in which “a wide range of overt and covert military, paramilitary, and civilian measures are employed in a highly integrated design.”  Questions were raised immediately about the suitability of the designation, as the label NATO adopted fails to adequately capture the reality of what Russia inflicted on Ukraine—and may inflict on states in the Baltic Sea Region (BSR) in the near future.”

“The importance of the region for European trade and business, global economic stability, and international maritime security necessitates that the EU maintain more than just an economic and diplomatic presence in the region. Adding a dedicated maritime presence to the region will involve a balancing act between the competing interests of individual EU members while advancing a comprehensive and unified stance—this goes beyond simple matters of naval capability and capacity.”

“Through its invasions of Georgia and Ukraine, its intervention in Syria, and its continued bellicosity at sea and in the air, Russia has proven itself to be a threat to European security once again. NATO has taken actions to deter aggression against its members, but its efforts at sea have been inadequate.”

“Africa matters, not only because of migrants boarding rickety boats in Libya to embark on a dangerous trip to Europe. At the same time, European and African governments often have different agendas, underlined by the many challenges to maritime security emanating from the African coastline.”

French Maritime Strategic Thought on the Indo-Pacific by David Scott

“In Europe, France is distinctive in claiming that its boundaries actually extend outside Europe into the Indian Ocean and Pacific Ocean, i.e. the ‘Indo-Pacific,’ through its overseas departments (département d’outre-mer), and overseas territories (territoire d’outre-mer), which are considered integral parts of France, and indeed thereby of the European Union. These Indo-Pacific possessions also have large Exclusive Economic Zones (EEZs). These give France important maritime interests to be maintained, and if need be defended, by the French Navy.”

“The focus on land threats, expense of naval combat platforms, and limited resources have so far prevented the countries from acquiring or maintaining significant naval capabilities. What follows is an analysis of each Baltic State’s respective naval capabilities followed by trends in their combined missions and activities.”

“For Russia to achieve these long-term objectives, its supremacy in the Black Sea is a critically enabling factor. The unique geography of the region confers several geopolitical advantages to Russia in its confrontation with the West. As such, the Kremlin has sought measures to strengthen its hold over the region.”