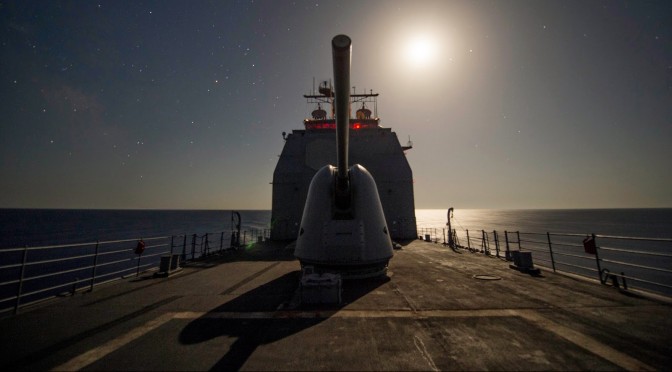 This week CIMSEC is hosting articles exploring the US Navy’s Distributed Lethality concept. The US Navy is investigating distributed lethality as a potentially game changing approach for the conduct of naval warfare. We at CIMSEC are grateful for the Distributed Lethality Task Force’s partnership in launching this topic week, for the thought-provoking insights of our contributors, and to the sustained interest of our audience. The Task Force’s call for articles may be read here. Below is a list of articles featuring during the topic week, which will be updated as the topic week rolls out and as prospective authors finalize additional publications.