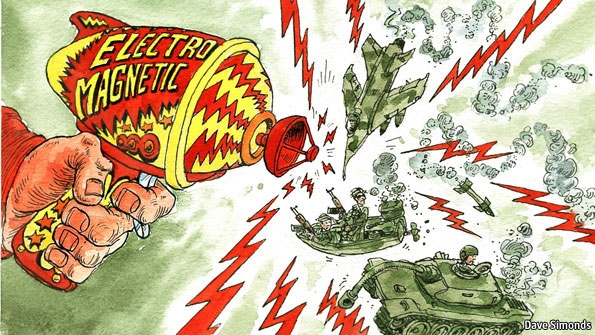 “The EM-cyber environment is now so fundamental to military operations and so critical to our national interests that we must start treating it as a warfighting domain on par with – or perhaps even more important than – land, sea, air, and space.” 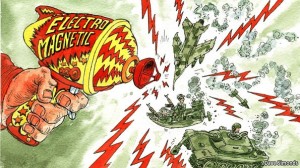 These all represent important steps in addressing the critical challenges we face globally as a Navy, especially from state and non-state actors who can complicate the ability of naval forces to move into a theater (anti-access) and maneuver within the theater (area-denial). We no longer occupy the “information high ground” in the EM-cyber domain, and our most advanced forces and weapons systems are held at risk not only by technologically advanced anti-ship missiles but also by inexpensive and readily available A2/AD strategies.

What is missing, however, from this plan of action is the development of a “strategic cadre” within the Information Dominance Corps, who can meet the CNO’s vision. The Human Capital Strategy identifies as its fourth goal “Create a Warfighting Culture,” which is certainly admirable and necessary. This goal is supported by two objectives: orient the “total Navy workforce to the IDC mission” and “leverage kill chain concepts (integrated fires) to depict and communicate the process through which the ID discipline contributes to the delivery of warfighting effects.” This implies an ID corps which is tactically proficient and the need for the Navy to recognize how it fits within warfighting. But it seems to skirt too close to suggesting the ID corps – and EM-cyber – enables the delivery of warfighting effects rather than delivering those effects itself. Weaponized cyber code is no different than a Tomahawk fired from a ship or submarine or a JDAM dropped from an F/A-18.

But to truly develop a warfighting culture, the IDC must have a strategic cadre within its community that develops tactics, operational concepts and strategies that blend kinetic and non-kinetic effects meeting combatant commander objectives. Surface warfare officers learn first how to “fight the ship,” and later how to “fight the Fleet.” The Information Dominance corps must learn to do the same. 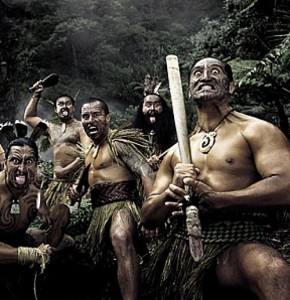 To become a strategic thinker, one must practice the art of strategy. Traditionally, this does not become a focus in the Navy until the more senior officer and enlisted ranks. Recently, I had the opportunity to discuss the state of Navy strategic thinking with other junior officers in the unrestricted line and land warfare communities. These brilliant young Navy and Marine Corps officers made a number of key points that apply as much to the nascent Information Dominance Corps as they do to traditional Navy warfighting domains:

• Administrative competency cannot replace the Clausewitzian “Genius for War” – the coup d’oeil that embodies the natural strategist. Mastering the endless checklists and standard operating procedures, while necessary, are the beginning of the journey to strategic thinking, not the culmination.

• We cannot “surge” strategic literacy, or even operational level thinking. If the talent is not there beforehand, it will not be there when we need it.

The Information Dominance Corps must take these lessons to heart and incorporate the development of a strategic cadre within the IDC. Currently the IDC emphasizes the technical skills and systems understanding to perform the individual tasks necessary to meet mission requirements. We must go a step further, cultivating the knowledge to not only operate the equipment but understand how to employ it to attack critical adversary vulnerabilities as part of the Joint Force.

• Development of an Advanced Maritime EM-Cyber Operations Course, designed for junior officers who have completed their first tactical operations tour. By this point in his/her career, the young officer has qualified in their respective designator, qualified as an Information Dominance Warfare Officer and completed a forward, tactical operations tour (PCS Afloat, Direct Support, etc.). This course should provide the JO with an advanced understanding of the electromagnetic environment and how use it in various tactical and operational situations in wartime scenarios. The emphasis here, however, it not on the technical or scientific knowledge, but the employment of EM-cyber weapons during conflict. This perhaps could be the EM-cyber equivalent of a “Top Gun” school.

• The Navy is considering the establishment of a formal Naval Strategic Enterprise to develop a cadre of naval strategic thinkers. At present, this program is only open to unrestricted line officers. Members of the Information Dominance Corps still remain restricted line officers and are ineligible to participate. The Navy Strategic Enterprise should be opened up to members of the IDC.

• Traditionally under the Composite Warfare Concept, the role Information Warfare Commander has been filled by an individual ship commanding officer. [3] This role should be redefined with an IDC officer principally assuming the IWC role.

To fully adopt a warfighting culture and treat the EM-cyber environment as a warfighting domain equivalent to, or more important than land, sea, air and space, the Information Dominance Corps must do more than develop tactical expertise in the use of specialized equipment. It must cultivate a new crop of strategic thinkers who are experts in the creative exploitation of the electromagnetic environment and blending of kinetic and non-kinetic fires to achieve warfighting effects. These new strategists must be grounded both in traditional military theory and history as well as the emerging operational concepts of fighting across the entire EM spectrum, in space and in cyberspace. Without strategic thinking, information dominance becomes impossible.

LT Robert “Jake” Bebber USN is an Information Warfare officer assigned to the staff of Commander, U.S. Cyber Command. He holds a Ph.D. in Public Policy from the University of Central Florida. He is supported by his wife Dana and their son, Vincent. The views expressed here do not represent those of the U.S. Navy, U.S. Cyber Command or the Department of Defense. He welcomes your comments at jbebber@gmail.com.

[1] All of these documents are available at: http://www.idcsync.org/documents.