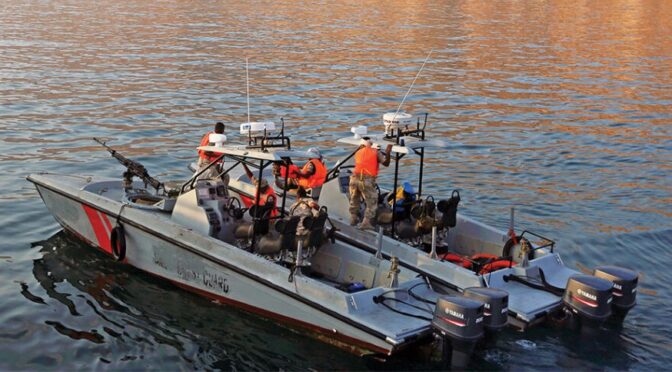 By Jeffrey Payne and William Thompson

According to a study by Stable Seas, illicit actors are exploiting instability in Yemen’s maritime environment exacerbated by the ongoing civil war. This breach in maritime security has been made more acute because of damage to the country’s infrastructure, including a substantial portion of the facilities supporting Yemen’s maritime industry. Naval installations and two professional military education (PME) institutions — the Naval Institute and Naval School — were damaged during the conflict. As a consequence of the civil war, Yemen faces limited maritime resources and institutional capacity to police its waters and counter the rise of maritime crime. While Yemen’s maritime challenges cannot be comprehensively addressed until the conflict is resolved, there are strategies that can help allocate resources toward mitigating security gaps. Data can provide a strategic framework for addressing Yemen’s maritime security challenges while also strengthening partnerships and improving maritime domain awareness in the wider Red Sea Region. Specifically, data is an instrument for addressing three security challenges: maritime enforcement, coastal welfare, and rule of law.

Maritime enforcement can be made more effective by implementing a system of maritime monitoring. This system would collect and report data on what is happening within Yemen’s territorial waters, especially what types of threats are present and what trends exist. Maritime data reveals patterns that can help human operators recognize anomalies. A more comprehensive picture built from this data would also assist policymakers in mapping an adequate response. Yemen does not have the ability at present to dispatch vessels to monitor its waters at sufficient scale. Adaptation is necessary, and data can provide a path forward for generating new insights into maritime insecurity. It is true that before a data-driven approach is adopted, a system of data collection must be built. Although it would take time to implement such a system, a data-driven strategy is a clear pathway for long-term investment into the country’s security and development that is also feasible within the constraints of the larger political environment of the civil war.

Consider the example of arms trafficking. Type 56-1 rifles are a prominent weapon documented in Yemen and Somalia with strong evidence suggesting Iranian origins. These weapons are transported via dynamic maritime trafficking networks. To complicate matters further, the total travel time for a small vessel between Yemen and its coastal neighbors is only a few hours. This means law enforcement must respond quickly, which is only possible when supported by real-time monitoring. Moreover, collecting data and mapping the location of interdictions or other maritime incidents may help predict future smuggling patterns, which would empower law enforcement to be more precise in how they orchestrate patrols or plan interceptions. Yemen will not stop smuggling in its waters, but it can raise the stakes for criminal actors and increase the cost of their illegality.

The scale of information can also be increased when other actors agree to share maritime data, such as Combined Maritime Forces in Bahrain, regional states, and active non-regional states and actors. If Yemen presents a willingness to use data more routinely, then it may incentivize neighboring partners to participate in information-sharing. The relationship between data and cooperation is cyclic — as more data is collected and shared, states are better informed about possible security threats. A more informed response has a greater likelihood of success, which provides policymakers with more intelligence about illicit activities at sea, thereby encouraging more partnerships.

Maritime domain awareness, enhanced through data collection and monitoring, can improve coastal welfare insecurity. Based on the definition provided by Stable Seas, coastal welfare encompasses the “physical and economic wellbeing” of coastal communities, including the health of local fisheries. Specifically, there exists a relationship between the fishing industry in poor coastal areas and criminality. An increase in piracy often follows an increase in unemployment among individuals employed by coastal industries. Extremist groups and pirates may recruit local fishermen for their navigation skills, and a struggling fishing industry may make local communities more susceptible to joining criminal organizations. Piracy and other forms of violent criminal conduct are correlated with illegal and unreported fishing, which not only damages local marine ecology, but threatens the livelihoods of coastal communities. Yemen’s coastal communities have been grossly impacted by the civil conflict, and the subsequent loss of income and labor stability equates to an environment where many turn toward illegal activities.

A free and easily accessible source of data to highlight in the case of coastal welfare is the visible infrared imaging radiometer suite (VIIRS). VIIRS data captures the location of maritime activity at night and can be a mechanism by which to better enhance maritime domain awareness. Such data may be collected to identify clusters of maritime activity and enhance management of fishing resources and suspected smuggling.

Finally, a data-driven approach to maritime security has institutional implications that could bolster rule of law. Many of the advantages of data lay in the process by which it is analyzed and communicated to internal and external partners. Maritime professionals need to be trained in different aspects of data management, and teams of analysts need to be employed to evaluate policies based on empirical evidence. Various branches of Yemeni law enforcement will be able to communicate faster and more effectively, increasing Yemen’s institutional capacity to police its waters and develop new solutions to emerging threats. The costs of integrating a more data-driven approach are initially structural in nature, as it requires the retooling of the workforce. Financial costs, while a burden, are not insurmountable given the expansion of commercial firms, applications, and free data. With international assistance also becoming more common, such as through the U.S. SeaVision and EU IORIS systems, the financial burden becomes less prohibitive.

Expanding information sharing could become the basis for intensified institutional cooperation in the region. Despite the challenges it faces, Yemen remains an active member of the maritime community in the Red Sea and Indian Ocean Region. Yemeni coast guard and port security officials routinely engage in training platforms and educational forums with their immediate neighbors, the European Union, and the United States, among others. Partner efforts should not only prioritize technical training for Yemeni maritime professionals, but also actively provide analysis premised upon their own maritime data.

Data collection and processing applications already exist in the public realm, as do open-source datasets. Yemen does not need a cohort of technological experts to utilize these applications and deliver improved assessments. The applications that process data also assist in the analysis. Combined with active assistance from partners, Yemen could significantly improve its access to and analysis of a large amount of information. Platforms such as ArcGIS and QGIS are relatively easy to use and support various kinds of data mapping. Other platforms report data on the maritime domain, such as Global Fishing Watch, National Geospatial Intelligence Agency Anti-Shipping Activity Messages database, and Esri’s ArcGIS online repository of public data. These platforms often report maritime data as CSV, geoJSON, shapefiles, or other formats that can be imported into a mapping software and visualized. Outside of mapping software, other open-source software such as Python and R contain numerous packages for importing and mapping data.

Data has the potential to be a central pillar of maritime security in Yemen and maritime domain awareness in the wider Red Sea Region. The transnational nature of maritime security necessitates a cooperative enterprise where data is requested and shared among state actors. Regional pursuits for maritime domain awareness depend on lowering the barriers between state actors, which the collection and sharing of data will help stimulate. Because data can be easily shared, it is an asset in building a stronger maritime community through a collective understanding of challenges. Therefore, Yemen should intensify its use of maritime data and request assistance in doing so, while partner nations with greater capability should provide as much assistance as possible. This will build trust and provide a clear collaborative framework for securing the greater Red Sea Region.

Jeffrey Payne is a Professor at the Near East South Asia (NESA) Center for Strategic Studies in Washington, DC.

William Thompson is a graduate student at the University of Cincinnati. The views expressed in this article belong to the authors and do not represent the official policy or position of the NESA Center or the U.S. Government.