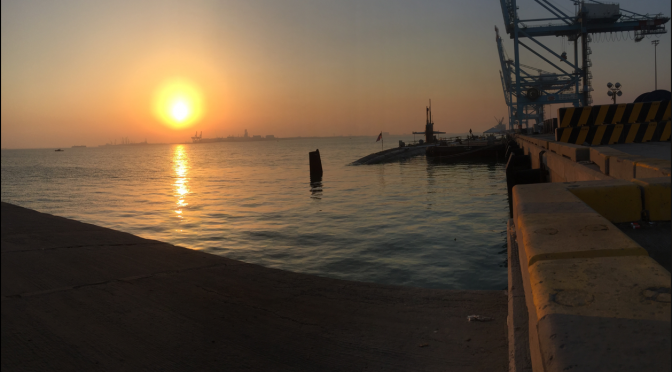 During the last week of May/first week of June (30 May – 3 Jun) CIMSEC will launch a topic week focusing on the future of undersea competition.

For the last several decades, the United States has enjoyed relatively unchallenged supremacy in the undersea domain. Is it reasonable to expect this trend to continue into the middle of this century? As numerous near-peer competitors, notably Russia and China,  continue to invest heavily in their undersea forces, it seems likely that this dominance will be challenged. Even nations with smaller armed forces are embracing submersibles. With an eye to the ever-increasing tensions in the South China Sea, Thailand stated its intentions to acquire two to three submarines as part of its 2016 defense budget. Vietnam purchased six Russian-built Kilo submarines in 2009, while India, which already had an established submarine force, retains a decade-long lease on an Akula I, also from the Russian Federation.  Indeed, London-based Straetgic Defense Intelligence (DSI) reported that Asia leads the world in in defense spending, with submarine spending near the top of that list; the current Asian submarine market is worth just over 7 billion dollars, but is projected to rise to nearly 11 billion dollars by 2025. How will the United States cope with this competition, which is not limited to Asia alone?

In addition to sheer numbers, the technology of undersea warfare has also accelerated at a rapid pace. The introduction of commercial off the shelf technologies has revolutionized ASW sensors, making them more available (given adequate processing power) and more effective. As CIMSEC has addressed in previous topic weeks, unmanned undersea systems (UUVs and AUVSs) stand to revolutionize undersea warfare and the exploitation of the underwater domain as it is currently understood. On February 18th of this year, The US Navy delivered to Congress a comprehensive report on the future of its Autonomous Undersea Vehicle program through 2025. Hardly alone in their unmanned ambitions, the US will face competition from Russia, who is developing an unmanned system dubbed ‘Kanyon,’ intended to provide submarine (reportedly nuclear) strike capabilities. From mine-sweeping, to strike, to ocean surveillance and beyond, unmanned undersea systems will only add to an increasingly crowded, capable, and competitive undersea environment. How will the United States deal with these challenges, and how will the undersea environment and undersea competition shape tomorrow’s conflicts?

Sally DeBoer is the Publication and Book Review Coordinator for CIMSEC.  She can be reached at books@cimsec.org.

Featured image shows the USS Providence in Manama, Bahrain. It is provided courtesy of the photographer.