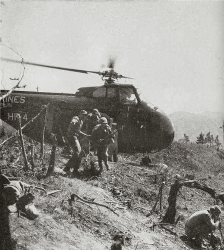 The inevitable fiscal crunch that is staring the U.S. military down has the Pharisees of the defense industry, think tanks, and senior military leaders all rabble-rousing about the need for change. Some of that change is strategic. Asia Pacific pivot anyone? Other bits of it reside in the acquisitions department, as we see with the pros and cons of developing “revolutionary” weapons systems to confront “new” threats. The most harrowing changes for military leaders are the all too well known cuts to manpower that will come in some fashion, no matter the logic, or lack thereof, which delineates how those cuts will happen. There is more change in the air than cordite after an end of fiscal year shooting range, but it is important to reflect on some history in order to avoid stepping on the same proverbial rakes that have smacked our national security establishment in the face during previous draw-downs.

Ideas like this one are an especially pervasive form of bad, and seem unable to die even when history proves them inadvisable. We saw the call for unification in President Eisenhower’s attempts to reevaluate our national security establishment in light of the massive technological, strategic, and social changes that occurred after World War Two. It was vital to acknowledge the necessity of change in that period, because much like Eisenhower’s dictum on planning, self-examination is vital even if most of the individual recommendations may turn out to be worthless. Reconsidering defense in light of nuclear weapons, ICBMS, and the bi-polar nature of security dilemmas when facing the Soviet Union was important. Trusting academic tea-leaf readers in their assessments and then proclaiming there would “never be another amphibious landing”, that ground forces would not be used in limited wars, and that tactical airpower was only needed to defend or shoot down strategic airpower looks downright foolhardy when viewed as historical record. What saved us from the march to a monolithic Star Fleet force that all wore the small uniforms and all died like red shirts landing on Klingon? The pluralistic competition of our service structure, which was inefficient and far from perfect, but possessed a flexibility that made it anti-fragile.

Separate services, even separate services that possess redundant capabilities, are a vital part of American national defense. The Army needs the Marine Corps to soak up public attention as a motivation for better performance as badly as the Marine Corps need the Army to keep its constant self worry about irrelevance and drive its performance. Those intangible reasons can be criticized as they are not measurable, but of direct consequence are the different service outlooks which spurn actual innovation. 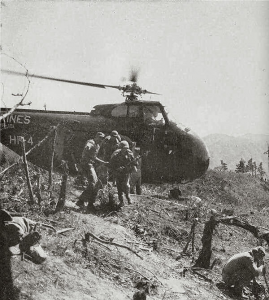 The Marine Corps decided it would gladly incorporate vulnerable and unwieldy rotary aircraft that Army and Air Force leaders largely ignored during Korea, and in doing so enabled the much better resourced Army to perfect the techniques of vertical envelopment to a higher degree than it ever could in Vietnam. The Navy had to have an Air Force that threatened its budget in order to develop SSBNs, and not pursue the much less effective option of carrier borne strategic bombers. Our most recent wars have shown the truth that a market place of defense ideas is better than a command economy for strategy. While the Marine Corps stubbornly resisted SOCOM membership, the other services gladly perfected the techniques needed to combat global terrorism in the learning laboratories of Somalia, Bosnia, Afghanistan, and Iraq. Those were bloody lessons, but proved that some enemies cannot be defeated by large MEUs waiting off shores, although the synergy created between such a force and SOCOM has proven to be vital, and continues to pay national security dividends. Service diversity even ensures we do not forget lessons learned in blood that may seem inefficient during  peacetime arguments on Capitol Hill. Even the best planners can shortchange things that are easily forgotten as peace breaks out. Something as boring as oil platform protection is a skill the world’s preeminent Navy forgot, and had to relearn from the worlds 12th largest navy (the U.S. Coast Guard). There is known historical value and definite future value in keeping a diverse and flexible force, but to do so one must resist the urge to unify in the name of declining dollars. Cost savings are easy to evaluate in peacetime dollars, but take on a morbid tone when seen in defeat and death at the opening stages of a conflict.

Clearly such an arrangement has inefficiencies, and wasting taxpayer dollars in the worst economy in years should be viewed as criminal no matter if the DOD is committing the waste or not. Grenada, Desert One, and Vietnam all demonstrated the tragic human cost of pursuing service parochialism over higher interests. Such costs have been mitigated in part by the Goldwater-Nichols act of 1986. Goldwater-Nichols is far from perfect and could use an upgrade to incorporate recent lessons from the Long War. Jointness in our operations, communications, and interoperability is a good thing. Understanding perspective, knowing how the whole of the military functions instead of just one’s own slice, and speaking the language of service peers are also good things. Making claims that bureaucratic restructuring to “align” and “combine” are fools errands, they repeat the mistakes that were almost made in trying to tear down an organic system. Our current force has grown through invaluable combat experience, to replace it with a theoretical framework that has never worked is a bad idea of immense magnitude.

There have been examples of “unified” militaries, look at Saddam’s Republican Guard, it clearly combined the best equipment, personnel, and training available to fulfill “civilian” leadership’s strategic wishes. Such a system is horribly fragile, and succumbs to the groupthink that all bureaucracies do. In this age of belt tightening, we should correctly become more efficient, but there are better ways than throwing out everything and starting from scratch. Reexamining our bloated personnel policies, taking a hard look at our compensation and retirement systems that resemble ticking fiscal bombs, and revamping our professional military education are all better places to start than tired and historically bankrupt calls for the “merger of …[U.S.]…ground forces”. The diversity of thought which comes from each service is one of the strongest weapons our joint force possesses, it would be wise to avoid dulling such fine tool so we can save dollars only to spend lives unnecessarily in a future conflict.

Captain Christopher Barber is a mobilized reservist in the National Capital Region. His views are his own and do not reflect those of the US Government, DOD, or USMC. He does view star fleet uniforms as a horrible replacement for USMC Dress Alphas, because it would ruin the dating chances of Marines just before their Birthday Ball

2 thoughts on “Avoid Change For Its Own Sake: Ground Force Unification”