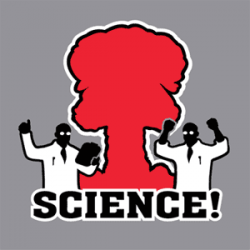 It has been 135 years since Alfred Thayer Mahan first became a published author. His 1879 essay on naval education won third prize in the inaugural United States Naval Institute “General Prize Essay Contest,” appearing in what was then known as The Record of the United States Naval Institute. Recently re-printed in LCDR Benjamin Armstrong’s book 21st Century Mahan:  Sound Military Conclusions for the Modern Era, his words remain a prescient reminder of what it takes to educate young naval professionals.

In the late nineteenth century, the burgeoning fields of steam power and advanced naval armament had “dazzled” military thinkers. Failing to fully appreciate the scope of their power, Navy leaders instituted a strenuous, technically-focused curriculum at the Naval Academy that drove young men to become engineers or other technical “specialists” in order to harness the wonders of modern science. A midshipman’s schedule was heavy with science, engineering, and technical courses at the expense of English, foreign language, and other studies of the humanities.

This movement puzzled Mahan. He viewed the education of a naval officer as principally involving morals, duty, discipline, and general professional knowledge. Required technical knowledge was only “that which enables him to discharge his many duties intelligently and thoroughly.”1 Mahan eschewed the technical specialist role, writing “that the knowledge sufficient to run and care for marine steam engines can be acquired by men of very little education is a matter of daily experience.”2

Nearly one and a half centuries later, we still find ourselves dazzled by science. Drones, cyber warfare, and other transformational technologies have led Admirals and Generals alike to clamor for officers grounded firmly in math and science. In the October 2012 issue of Proceedings, Vice Admiral Nancy Brown, USN (ret), Captain Danelle Barrett, USN, and Lieutenant Commander Jesse Castillo, USN wrote that “to build the kind of force necessary to excel in the cybersphere, the Navy’s entire man, train, and equip paradigm must be revamped to produce a new kind of officer equipped for the task: a cyber-warfare officer.”3 This belief runs counter to the moral education advocated by Mahan. Again, we are “dazzled” by the complexity of the cybersphere, and feel that we must need a completely new set of officers to fill this role. Such drastic changes may create cyber specialists, but they do not necessarily create professional naval officers.

STEM or the Fruit?

As the face of naval education, the United States Naval Academy claims that their “academic program is focused especially on science, technology, engineering, and mathematics (STEM), in order to meet the current and future highly technical needs of the Navy. Graduates who are proficient in scientific inquiry, logical reasoning and problem solving will provide an officer corps ready to lead in each warfare community of the Navy and Marine Corps.” 4

During the 1980s and early 1990s, the Naval Academy was required to graduate between 70% and 80% of officers with technical majors.5 After dropping this requirement for much of the 1990s and 2000s, Naval Academy Superintendent Vice Admiral Michael Miller announced the re-establishment of a STEM “benchmark” in 2011.6 For the Class of 2013, this meant that at least 65% of midshipmen had to choose a STEM major in order to satisfy “the needs of the Naval Service.”7

The number of STEM graduates will continue to dwarf other Naval Academy graduates—regardless of any specific percentage requirement—because the institution has developed one of the finest undergraduate engineering programs in the country. This is an academic success story, and it will rightly attract midshipmen interested in the field. However, scholastic achievement and professional naval education are often two different topics.

As in Mahan’s day, our enlisted sailors prove that the principles of aerodynamics, missile mechanics, and electrical systems can be learned without college degrees and officer commissions. By overemphasizing the technical knowledge necessary from her officer corps, “the naval system of our country has continued to surround a simple enough practical matter…with a glamour of science and difficulty which does not exist.”8

Not only that, but credence in cold calculation over tactical intelligence has led current naval officers such as LT Matthew Hipple to observe that “critical inspections are becoming choreographed executions of checklists, nothing more than theater to check blocks in a PowerPoint presentation.”9 When we trust formulas and checklists more than our own people, we are allowing our reliance on the wonders of science to erode our warfighting force.

Today, we are confronted by many allegations of corruption and impropriety from our officer ranks. A search of the word “fired” on the Navy Times website returns a plethora of reasons for high-ranking naval officers being relieved of duty in just the past two months:

The words of Alfred Thayer Mahan are truer today than they ever have been: “No amount of mental caliber, far less any mere knowledge, can compensate for a deficiency in moral force in our profession.”10

Midshipmen today are focused on Physics, Calculus, Electrical Engineering, Steam, Boats, and a host of other technical courses as part of their “core curriculum”; the level of accumulated knowledge required to achieve a bachelor’s of science degree is immense. Courses such as Naval History, Ethics, and Leadership are almost an afterthought in the average study day. Currently, midshipman are only required to take four credit hours of Naval History and Warfare, seven credit hours of Leadership, eight credit hours of Seamanship and Navigation, three credit hours of Ethics, and two credit hours of Naval Law during their entire four years in Annapolis.11 This amounts to an average of approximately 17% of a midshipman’s total credit hours—more of an annoyance than an actual course of study—but a majority of their professional responsibilities as officers.

In a February 2012 piece written for Proceedings, Commander Michael Junge, USN writes that, “[the naval officer’s] mind needs to be developed to see patterns in technology and human behavior, to understand that not everything needs to be (or can easily be) reduced to ones and zeroes, and to be able to draw on historical examples to inform the present.”12 Similarly, Mahan believed that “the studious and scientific intellect is not that which most readily attaches itself to a naval life…and the attempt to combine the two has upon the whole been a failure, except where it has succeeded in reducing both to mediocrity in the individual.”13

The failure of our leaders to be fully inculcated to the history and ethics of our profession has led to an embarrassing spate of public dismissals and a lack of trust in naval leaders. Overemphasis on technical knowledge—at the expense of a moral and professional education—negatively impacts the development of the kind of naval leadership our country deserves.

The need to reform naval education has been evident since Alfred Thayer Mahan first wrote that essay in 1879. The crux of academic thinking today centers around the notion that advanced warships and aircraft require deeply technical junior officers. However, as Junge points out, “While the civilian world once held the same idea that technical degrees were required in technical fields, recent research turns the concept on its head. In a survey of 652 U.S.-born chief executive officers and heads of product engineering at 502 technology companies, only 37 percent held degrees in engineering or computer technology, and only 2 percent held them in mathematics. The majority held degrees as diverse as business, accounting, finance, health care, and arts and the humanities.”14

The naval officer corps must return to a study of its roots. The surest way to do this is to turn our focus away from technical acumen as our primary undergraduate goal, and instead commission officers who are as savvy about their history, traditions, and tactics as they are about their Thermodynamics homework. There are three essential changes that must be adopted:

– Eliminate the requirement for specific percentages of STEM majors.

The Naval Academy already has a reputation for STEM excellence and will continue to attract some of the top technical undergraduates in the country. But a recent CNO dictate mandating “not less than 85 percent of incoming officers will come from [STEM majors]” places our focus on academic specialization rather than developing a lifetime of moral and professional learning in our officer corps.15

Additionally, these courses should comprise no less than four credit hours per semester, accounting for approximately 33% of a midshipman’s total credit hours over four years. This sends the signal that these classes are essential to the development of naval professionals and a proud officer corps that is aware of its history.

In order to tailor the academic experience, offering classes on the history, ethics, and leadership specific to the warfare community each midshipman service-selects would be an excellent primer for their first fleet experience. This would serve as a fitting complement to the second-semester Practicum class already required for all 1/C midshipmen.

Several centuries before Mahan, Roman Emperor Marcus Aurelius wrote, “a man then must stand erect, not be kept erect by others.”16 The moral fiber of our officer corps—not the stealth of our warplanes or the accuracy of our weapon systems—is the most important aspect of our Navy. A rigid focus on engineering and science, though both upstanding fields of study, cannot alone produce officers of “a very high order of character.” At the undergraduate level, simply graduating technicians is not in line with the Naval Academy’s stated mission “to develop midshipmen morally, mentally, and physically.” An emphasis on Mahan’s moral and professional education, with a firm grounding in history, ethics, and leadership, can drastically improve our officer corps.

LT Roger L. Misso is a Naval Flight Officer (NFO) in the E-2C Hawkeye and former director of the Naval Academy Foreign Affairs Conference (NAFAC). The opinions and views expressed in this post are his alone and are presented in his personal capacity. They do not necessarily represent the views of his squadron, the Navy, or the Department of Defense.

14 “So Much Strategy, So Little Strategic Direction.”

5 thoughts on “21st-Century Education of a Naval Officer”