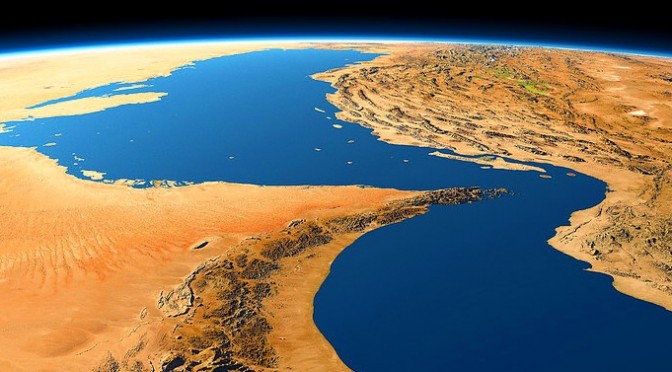 The recent incident of two U.S. Navy riverine boats crossing into Iranian territorial waters around Farsi Island and the subsequent arrest and detention of their crews has sparked a debate on a number of related issues, including the behavior of the officers and crew to the larger geopolitical issue of America’s relationship with Iran and the recently concluded nuclear “deal”. CAPT Steven Horrell has suggested that much of this debate is really “partisan vitriol” and “a litmus test of opposing camps of foreign policy.” He argues that the OIC submitting to a video recording of his “apology” was “quite possibly his best course of action.” He rightly counsels that we do not yet know all of the relevant facts regarding this incident, and one hopes the Department of Defense investigation is swiftly conducted and made public. While he acknowledges that the Iranian Revolutionary Guard Corps Navy (IRGCN) was wrong in its “initial treatment of the crew and propagandizing of the apology video,” he argues that the time for debate or calls to action are “not when the personnel are still on foreign soil …” He suggests that this may have been an attempt by the IRGC to “seize an opportunity” to use this incident to bolster their domestic political standing in Iran. At the end, however, CAPT Horrell seems more concerned about the “behaviors of our polarized body politic” than the long-term consequences to American power, prestige and yes, honor.

There is a persistent myth that Americans have historically avoided partisanship when it comes to national security or international crises. A cursory review of our past shows otherwise.  The War of 1812 was perhaps America’s most divisive conflict (even when compared to Vietnam), with vigorous opposition and “partisan vitriol” coming from within President Madison’s own party, led by John Randolph of Virginia. More recently, Americans were lectured that “we have a right to debate and disagree with any administration” on matters of national security. Indeed American political leaders of the opposing party have summarily declared wars “lost” in the middle of the fighting. On the recent Iran nuclear deal, the President himself declared that those opposed to him were “making common cause” with Iranian hardliners like the IRGC and that they were supporting war with Iran. The fact that candidates for the Presidency have “politicized” the incident, using it as a way to contrast their vision with that of their opponents during an election year should come as no surprise, and indeed seems to follow our traditional historical pattern.

Why might scenes of Navy Sailors on their knees, hands on their heads, surrendering to IRGCN forces and later apologizing on camera cause such a visceral reaction among Americans? The answer may be found in antiquity, and was best articulated by Thucydides. More than 2,500 years ago, he identified “three of the strongest motives” that explained relations between states were “fear, honor and self-interest.” While he is considered the “father” of the “realist” school of international relations, his point about notions of honor and prestige are often overlooked. The eminent Yale historian and classicist, Donald Kagan, carefully articulates why, despite being considered antiquated  by some academics and elites, “the notion that the only thing rational or real in the conduct of nations is the search for economic benefits or physical security is itself a prejudice of our time, a product of the attempt to treat the world of human events as though it were an inanimate, motiveless physical universe. Such an approach is no more adequate to explain behavior today than it ever was.” From this vantage point, Americans perceive that the systematic humiliation of American Sailors was a blow to our honor and prestige. Historically, Kagan notes, “when the prestige of a state wanes, so, too, does its power — even if materially … that power appears to remain unaffected.” Perhaps this is why, even coming on the heels of the Vietnam War, the Ford Administration reacted so assertively to the Cambodian seizure of the U.S.-flagged merchant vessel Mayaguez, as noted by retired Navy Captain and professor Jerry Hendrix. Even at a point in U.S. history where American power seemed at its weakest, the Khmer Rouge thought twice about taking on a superpower. The Farsi Island incident today seems to suggest that despite being a much stronger power than in 1975, the U.S. engenders much less fear, let alone respect, from its adversaries.

CAPT Harrell and others consider the capture and release of American Sailors a “larger diplomatic success.” He specifically notes that the release was “due almost wholly to the existing relationships between Presidents Obama and Rouhani and Secretary Kerry and Foreign Minister Zarif. This, in turn, is due to having achieved their nuclear agreement.” He suggests that when an incident occurs between two potential adversaries, “the first phone conversation better not be after the crisis has started.” This implies that prior to the current administration, there were no mechanisms for direct or indirect communication. However, the previous administration held 28 separate meetings with Iranian officials of ambassadorial rank, including 15 direct U.S.-Iran meetings. Clearly, there was someone to have a conversation with prior to President Obama taking office, and the U.S. and Iran had open diplomatic channels, if a cool relationship. Whether the release was due to an “existing relationship” or simply because the Iranians got what they wanted (a taped apology, propaganda videos and pictures of American military personnel surrendering) is hard to say. The Middle East Media Research Institute suggests it is more likely that Tehran did not want to delay the lifting of economic sanctions and to ameliorate the negative impression left from the burning of the Saudi Arabian embassy and consulate. In any case, focusing on the release of the Sailors ignores the larger question – what emboldened the IRGCN to feel like they could capture two U.S. Navy vessels in the first place? There seemed to be no reticence on the part of the Iranians to risk a confrontation, and therefore they could act with impunity – at least that is how it appears.

While we can all be thankful for the Sailors safe release, many have a much less sanguine view. This incident seems to embody a recent, growing perception of American weakness and decline. That belief is held here in America and around the world – especially among our adversaries. The fact that American honor is so easily besmirched and violated without fear of retribution only exacerbates this view. This is more than just “partisan vitriol” in my opinion, but a real and growing problem that should concern us all, regardless of party, as Americans.

5 thoughts on “Farsi Island and Matters of Honor”