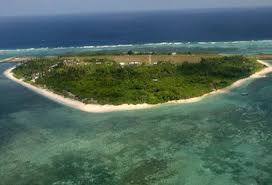 The Philippines case against China’s maritime claims is moving forward. The Philippines on Jan. 22nd asked the International Tribunal for the Law of the Sea (ITLOS), to declare invalid China’s claims over the contested waters in the West Philippine Sea/South China Sea. ITLOS, established as an independent body by the UN Convention on the Law of the Sea (UNCLOS), has named Ghanian and former ITLOS head Thomas Mensah as president and final member of the 5-person panel that will hear the case. Mensah replaces a Sri Lankan judge who was removed for conflict of interest due to his Filipino wife.

While China has rejected the proceedings and refuses to abide by their rulings, as noted by Rappler.com, this will not at least necessarily impede the proceedings. Annex VII of the United Nations Convention on the Law of the Sea (UNCLOS) states:

“If one of the parties to the dispute does not appear before the arbitral tribunal or fails to defend its case, the other party may request the tribunal to continue the proceedings and to make its award. Absence of a party or failure of a party to defend its case shall not constitute a bar to the proceedings. Before making its award, the arbitral tribunal must satisfy itself not only that it has jurisdiction over the dispute but also that the claim is well founded in fact and law.”

One thought on “Tribunal Selected in Philippines Case Against China”