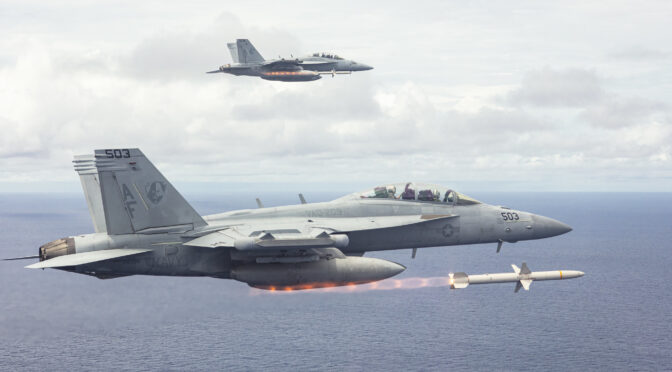 The U.S. Navy needs to radically rethink its consideration of risk during tactical training events to prepare the force for war. Many of the tools and frameworks it currently uses are adaptable for use in a more risk tolerant approach to training.

At the major tactical level, it is common to quantify risk under two broad descriptors: risk to force and risk to mission. We typically consider these categories solely at the local level and at a near-term time horizon. The safety and welfare of individuals is prioritized (General Quarters drills held after robust walk-throughs and pre-coordination meetings to mitigate injury, for example) at the cost of the ship’s overall readiness to fight through realistic, intense, and more spontaneous training.

This risk paradigm was logical enough when the United States Navy operated in a unipolar world after the end of the Cold War. In a multilateral world, risk must be considered against the backdrop of major combat operations against a peer Navy. While serving as director of intelligence for PACFLT, Capt. Dale Rielage highlighted how the Chinese Navy approaches risk in combat training: “It is notable that where official PLAN media sources mention risk in training, it is always commending a commander who deliberately chose to increase the risk associated with a training event…The clear impression is that the PLAN is more willing to accept risk in its training evolutions than its U.S. counterparts.”

Local- and individual-focused risk assessment induces risk to the ship and larger force. Risk to mission must also be considered more broadly. Ships should be encouraged to innovate to the point of failure at the local level to derive lessons learned that benefit the broader force. Anticipated risks to either force or mission must be accepted and underwritten by senior leadership. This is not intended to give a blank check to subordinate commanders. If anything, their consideration of risk must become more well-developed and carefully considered.

It is easy to put safety measures in place to prevent slips and falls, or to limit the minimum lateral separation of two aircraft at the merge. It is far harder to consider what risks are additive to the Navy’s overall warfighting readiness, but it is a crucial source of developing warfighting advantage.

Captain Tom Clarity is assigned to the Naval War College. He has previously served as the operations officer for the USS Ronald Reagan (CVN-76) and commanding officer of Electronic Attack Squadron 131, an EA-18G Growler squadron based at Naval Air Station Whidbey Island, Washington.