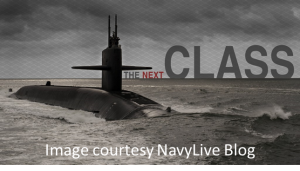 In May 2009, President Obama disclosed the inventory of America’s strategic nuclear arsenal: 5,113 weapons. This was done in an attempt to 1) bring attention to smaller states with developing nuclear agendas and 2) pressure Russia to disclose its own nuclear numbers.  While the first objective is not quantifiable, and the second is partially complete (such as Russia cooperating with a recent Bulletin of Atomic Scientists study documenting worldwide nuclear arsenals), the startling revelation by President Obama brought to light one widely-known fact: the U.S. possesses a massive nuclear arsenal deployed in missile silos, bombers, and submarines around the world.

In the fiscally constrained environment the U.S. currently resides, many institutions are questioning the efficiency of not only the quantity of nuclear weapons, but also the delivery methods of such an arsenal. A recent Cato Institute white paper argued that the U.S. nuclear arsenal if deployed only in nuclear strategic ballistic missile submarines (SSBNs) would save the US $20b annually. The argument is predicated on a rivalry between the services in the early days of the Cold War to develop dominance in the field of nuclear weapon delivery (not unlike the Ballistic Missile Defense competition). Each service developed its own delivery method that was robust, survivable, and flexible to deliver a second-strike capability.  Of the three delivery methods of the Nuclear Triad, the SSBN is the most advantageous when it comes to survivability and mobility.

While some parties contend that disassembling the triad into a dyad or even monad eliminates the amplitude of U.S. deterrent strategy, all agree that the SSBN is the cornerstone of that strategy. That being said, the U.S. SSBN fleet is tired, with the first of 14 due to be decommissioned in 2027. A replacement fleet needs to be designed, approved, constructed, and tested in the next 14 years if the strategic deterrence ability of the SSBN fleet is to be continued.

Mr. Maxwell Cooper’s recent Proceedings article “The Future of Deterrence?  Ballistic Missile Defense” correctly cites that the current SSBN replacement (SSBN(X)) estimates are staggering when compared with the rest of the Navy’s shipbuilding budget – roughly $5b per SSBN(X) while the entire budget is roughly $21b/year over the next 30 years. Mr. Cooper further speculates (perhaps correctly) that the cost alone calls for the truncation – if not complete elimination – of the SSBN(X) in favor of vast increases in the BMD realm built around the existing Arleigh Burke platform.  He could not make a more dangerous assertion.

SSBN(X) remains a vital portion of our national maritime strategy as well as our nuclear deterrence strategy. If the SSBN force were to retire without replacement, the U.S. nuclear arsenal would be down nearly 1600 warheads that cannot be easily translated to the other portions of the triad. Additionally, the leg of the triad that is most survivable and mobile would be arrested, forcing our strategic resources to rely solely on fixed sites and aging bombers. Neither of these prospects are ideal, nor appealing. The argument is akin to whether US naval forces should rely on hard-kill (kinetic munitions) or soft-kill (electronic warfare (i.e., chaff decoys, jamming)) for defense. The answer is both, as should be the nuclear deterrent forces.

The U.S. Navy has signaled it agrees with this argument in the form of its FY14 budget.  In an effort to keep forward movement for the Ohio Replacement Program (ORP – formally SSBN(X)), the Navy requested $1.1b for additional research and development with the end goal of procuring a replacement fleet of 12 SSBNs. The Navy has also reasserted its commitment to the SSBN force in a surprising tactic: compromise. As Mr. Hans Kristensen of the Federation of American Scientists pointed out, the U.S. SSBN force is doing more with less. While the number of boats has remained the same for years, the deployment numbers are less, yet the nuclear deterrence mission has remained unchanged. In a nod to this trend, the Navy – with guidance from STRATCOM – has agreed to a decrease of the current 24-tube count to a 16-tube count for the future SSBN.

In addition to U.S. commitment to the next-generation SSBN force, their closest ally Britain has also started procuring its next ballistic boat, aptly named Successor that will carry its deterrent capability well into the 2040s.

The need to continues the SSBN fleet is evident and has been appropriately addressed by institutes, politicians, the U.S. Navy, and allies alike. The replacement plan has been programmed for and is projected to be completed in time to start the on-time retirement of the venerable Ohio class. It continues to remain the strongest platform in the US strategic deterrence strategy and as such is privileged to remain a “sacred cow.”

Grant Greenwell is the Director of Operations for CIMSEC since May of 2013. He is also a Surface Warfare Officer for the U.S. Navy and an active participant in American Mensa, the U.S. Naval Sea Cadet Corps, and the Surface Navy Association. His opinions do not represent the Department of the Navy, Department of Defense, nor his aforementioned affiliates.