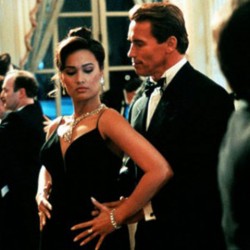 When you combine shadow boxing with peacocks and a dance-off you get the Wagah border closing ceremony. Since 1959, this flurry of fists and feet has marked the daily closing of the only road between India and Pakistan. British comedian Michael Palin calls it a “demonstation of how angry you can get without hitting anyone.” This doesn’t merely serve as a symbol of conflict between India and Pakistan. For US defense experts engaged with Iran, this dance of pride and prestige should serve as a model for those who might assume kinetic engagement with Iran is the best option.

Robert McNamara’s first lesson in Fog of War was to empathize with your enemy, “I don’t mean ‘sympathy,’ but rather ‘understanding’—to counter their attacks on us and the Western World.” To understand the Iranian intent for their conflict with the west, one must understand their motives.  In particular, Iran has no motive to get conventionally stomped into the dirt by the American military. They strongly value their strength and prestige as a regional power.  While the small-boat swarms, ASCM threat, and naval posturing outside the Strait of Hormuz might be troubling indeed, that sense of trouble is their primary purpose. Being sent back to the stone-age in exchange for a short but irritating jump on US forces would little serve Iran’s utility, and neither would giving the US an excuse to engage in such an operation. The conflict between Iran and the US is, like the Wagah border dance, one of power in appearance.

The nuclear weapons programme should also be viewed through the objectives of regional power. During the cold war, one of the obsessions of doomsday planners was survivability: would an arsenal be able to survive a first strike and retaliate? In the context of a diplomatic rather than kinetic exchange, a nuclear weapons program is more effective for Iran than an actual nuclear weapon. A physical nuclear weapon can be destroyed and gives justification for a kinetic strike on Iran. The vague idea of a nuclear weapons program spread across the country provides the defiant diplomatic fire-power combined with an opponent’s hope of negotiation without providing a justification for a strike or an actual object to destroy. No nation that has ever meant to use nuclear weapons as a serious strategic deterrent has ever made their program public before it was complete*: US, USSR, PRC, Pakistan, India, etc…  Iran has made its program “public” beforehand for a reason. It is Iran’s interest to keep the charade going as long as possible, never sacrificing the diplomatically useful weapons program for a weapon that could only serve only a limited military purpose.

With the political nature of the Iran conflict in mind, it is not in the US interest to begin kinetic operations against Iran. While the US has much less to lose from a conflict, the economic damage and ensuing regional instability from the loss of a major state and the unleashing of several associated terrorist organizations would be beyond crippling. As the US applies diplomatic/economic pressure and moves the military pieces around the board we are strategically positioning ourselves and shifting the state of play as the dancers weave around the ballroom. With war neither in the interest of or desired by either side, it is conflict by maneuver rather than melee. The purpose is to stay in the lead and drive the dance, not turn the room into a mosh pit where everyone loses.