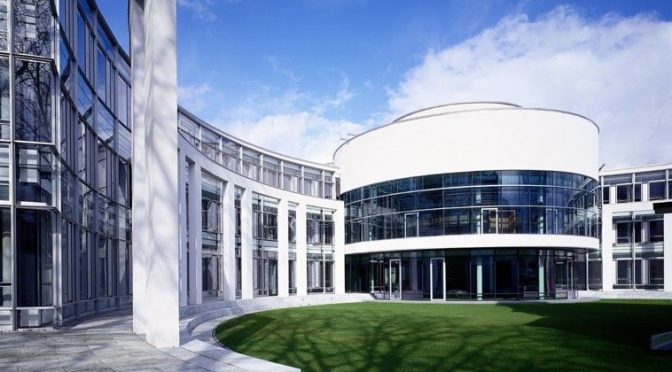 This article originally featured on Divergent Options and is republished with permission. Read it in its original form here.

National Security Situation:  The United Nations Convention for the Law of Sea (UNCLOS III) has failed to adequately define a nation’s territorial waters and to create a body which can enforce its judgements on nations involved in arbitration.

Author and / or Article Point of View:  David Mattingly is retired from the U.S. Navy and has sailed with U.S. Navy Carrier Task Groups in the South China Sea (SCS).  He holds a Masters of Arts in National Security Studies where he studied the geopolitics of the SCS and authored “The South China Sea Geopolitics: Controversy and Confrontation.”

Background:  Over the centuries, a few countries with strong navies controlled the world’s oceans.  The outcome of many conflicts fought on land often had a strong maritime element.  Dutch jurist Hugo Grotius first addressed the Law of Sea in his 1609 treatise Mare Liberum in which he established the idea of the freedom of the seas[1].  After  World War II and the emergence of the United Nations, the first Convention of the Law of the Sea (UNCLOS) concluded with four treaties being signed: Convention on the Territorial Sea and the Contiguous Zone (CTS); Convention on the High Seas (CHS); Convention on Fishing and Conservation of the Living Resources of the High Seas (CFCLR); and Convention on the Continental Shelf (CCS); as well as the Optional Protocol of Signature concerning the Compulsory Settlement of Disputes (OPSD)[2].  UNCLOS II convened in Malta to discuss territorial seas and fishery limits, however, the convention ended without agreeing upon a new treaty[3].  Today, UNCLOS III has been accepted by 167 nations and the European Union, however, although the U.S. has agreed in principle to the convention, it has not been ratified by the U.S.[4].  In the last attempt for ratification in 2012, it failed due to the “breadth and ambiguity” of the treaty and because it was not in the “national interest of the United States” to give sovereignty to an international body.  Ratification was overwhelmingly supported by the Department of Defense and the U.S. shipping industry[5][6].

Traditionally, a nation’s territorial boundary was established as a three-mile belt along its coastline based on the distance that a cannon could shoot a projectile.  All waters beyond the three-mile limit were considered international territory.

Today, the SCS is a possible flash point for confrontation over unresolved issues of the UNCLOS III between the Peoples Republic of China (PRC), its neighboring states which have joined to form the Association of Southeast Asian Nations (ASEAN), and the U.S.  The islands in the SCS remained largely uninhabited until the mid-1970s when the PRC began to lay claim to a number islands and shoals which were claimed during the reign of Emperor Yongle of the Ming Dynasty in 1405 and later claimed by the PRC in what has come to be known as the “Nine-dash line[7].”  A map which was produced after World War II extended the PRC’s territorial waters claim deep into the SCS.  France challenged the PRC’s claim in 1931 by claiming the Parcel Islands and the Spratley Islands as territory of French-Indo China which then passed to the government of Vietnam after the Franco-Indo China War ended in 1954[8].

To understand UNCLOS III, it is important to first understand the definitions of terms such as the differences between an island and a rock.  The PRC began an aggressive land reclamation program where soil was dredged from the ocean bottom to create islands, which have standing under UNCLOS III, unlike rocks and shoals which are not recognized.  The islands created by the PRC can support military garrisons, home porting of both military and fishing ships, and extend the PRC’s territorial limits under the “archipelagos concept[9].”  Within UNCLOS III, this concept furthers a nation’s territorial rights by considering the seas between the mainland and the islands claimed by a nation as a connecting, rather than separating, element.  The PRC could therefore declare an emergency and suspend the “right of innocent passage” for its self-protection.

Significance:  Merchant shipping between Asia, the Middle East, and the Americas transverse the SCS and a PRC declaration of emergency which suspended the “right of innocent passage” would have major impact in global shipping.

Option #1:  The U.S. and coalition naval forces create a continuous presence in the SCS and actively challenge PRC naval activities and construction of and on islands and rocks in dispute.

Risk:  The PRC has openly harassed and attacked ships and aircraft of the U.S. and ASEAN member nations.  The PRC has established the SCS as its home waters and had several years to construct military garrisons on the islands which it created.  It is possible that the Peoples Liberation Army Navy (PLAN) has placed surface to air missiles on the larger islands.  Additionally, the PLAN has aggressively modernized its ships and aircraft to include launching its first aircraft carrier.  As such, Option #1 may increase the possibility of a naval confrontation between the U.S. and the PRC.

Gain:  A naval coalition could provide protection for fishing and merchant shipping in the SCS and shape the narrative that the international community will not idly allow the PRC to control one of the most important sea lines of commerce.

Option #2   The U.S. and other nations could call for UNCLOS IV.  As evidenced by recent events in the SCS, UNCLOS III left many gray areas that are open for arbitration and the decisions lack the power of enforcement.  UNCLOS IV would address these gray areas and establish an enforcement framework.

Risk:  Major powers agreeing to a new UNCLOS could perceive that they have lost sovereign rights.  The UN lacks the ability to enforce treaties unless the major powers are onboard thus the text of a new UNCLOS would have to be carefully worded.

Gain:  In creating an agreement that is recognized by the international community, confrontation between the U.S., the PRC, and ASEAN may be avoided.

David Mattingly serves on the board of directors for the Naval Intelligence Professionals and is also a member of the Military Writers Guild. The views reflected are his own and do not represents the United States Government of any of its agencies. Divergent Options’ content does not contain information of an official nature nor does the content represent the official position of any government, any organization, or any group.

[2]  Treves, Tullio. 1958 Geneva Conventions on the Law of the Sea. United Nations.  http://legal.un.org/avl/ha/gclos/gclos.html

[4]  The Convention of the Law of Sea. U.S. Navy Judge Advocate Corps. http://www.jag.navy.mil/organization/code_10_law_of_the_sea.htm

[9]  Katchen, Martin H. 1976. The Spratly Islands and the Law of the Sea: “Dangerous ground” for Asian Peace. Presented at the Association of Asian Studies, Pacific Area Conference.  June.  Revised and published in the Asian Survey.

Featured Image: International Tribunal for the Law of the Sea (ITLOS)