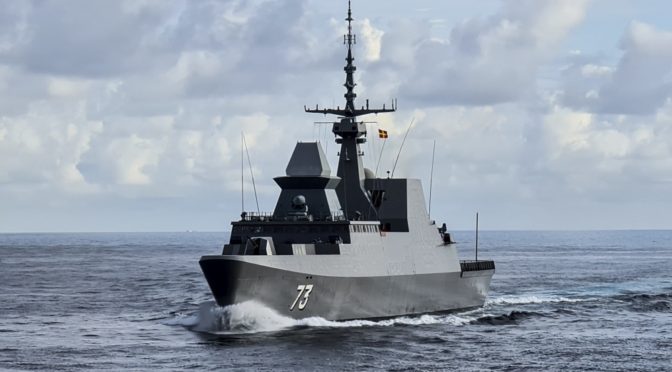 CIMSEC received a tremendous response to our Project Trident’s call for articles on regional strategies, launched in partnership with the Yokosuka Council on Asia Pacific Studies, the Institute for Security Policy at Kiel University, and the Dominican Command and Naval Staff School. Authors from many parts of the world responded with insights and perspectives on nations and navies facing myriad challenges. Across these many countries it becomes apparent how maritime security features many common themes while retaining unique geographic context.

Maritime security is a vital requirement for all nations’ prosperity. But the vastness of the maritime domain and the plentiful resources and platforms that reside within it always pose a challenge to maritime forces. Small and medium-sized navies have developed networks of cooperation to share the burden, and have employed innovative methods of securing their maritime locales. Whether they find themselves facing non-state threats, new oceanic infrastructure, or caught within competition between greater powers, innovation is at a premium for regional powers.

CIMSEC will be extending the topic week into a second week to showcase the high volume of quality submissions received. Below is the lineup of articles featuring during the topic week, and which will be updated as additional publications are finalized.

“China’s Aircraft Carriers and Southeast Asia: Testing Coercive Naval Diplomacy?” by Shang-su Wu
“Illegal Fishing in the South Pacific: What Can the Chilean Navy Do?” by Francisco Martinez
“Boats, Budget, and Boots: The Colombian Navy’s Challenges in International Cooperation” by Rafael Uribe Neira
“The Sino-Japanese Maritime Disputes in the East China Sea” by Yoichiro Sato
“The Israeli Navy in a Changing Security Environment” by Ehud (Udi) Eiran
“A South Pacific Island-Led Approach to Regional Maritime Security” by Michael van Ginkel
“Sweden and the Blue Society: New Challenges for a Small Navy” by Lars Wedin
“Turkey’s ‘Mavi Vatan’ Strategy and Rising Insecurity in the Eastern Mediterranean” by Capt. Andrew Norris, J.D., USCG (ret.) and Alexander Norris
“Between the Giants: The Future of the Taiwanese Navy in an Era of Great Power Competition” by Jonathan Selling
“Vietnam’s Struggles in the South China Sea: Challenges and Opportunities” by Viet Hung Nguyen Cao
“Southeast Asia: A New Strategic Nexus for Japan’s Maritime Strategy” by John Bradford
“Unraveling China with Soft Balancing: Malaysia, ASEAN, and the South China Sea” by Afdal Izal
“Italy Resurgent: Defending National Interests in the Mediterranean” by Capt. (N) Renato Scarfi (ret.)
“The Pathway Toward Containment: Fleet Actions for the United States and ASEAN Plus 5” by Captain Gregory W. Snyder, USMC
“Between Scylla and Charybdis: ASEAN and the U.S.-China Contest for the South China Sea” by Mark Valencia

One thought on “Regional Strategies Week Kicks Off on CIMSEC”