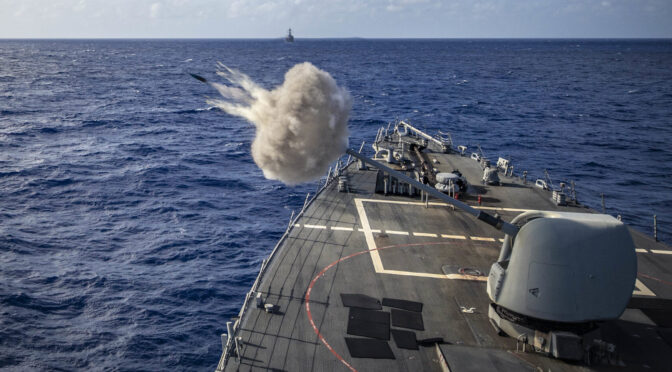 The threat of armed conflict at sea is ever-present. Emerging naval technology, new operational, force employment, and warfighting concepts, and contending interests in the oceans risk undermining maritime security. In peacetime, the majority of seafaring States abide by the law of the sea most of the time, either as a matter of customary international law or as a party to the United Nations Convention on the Law of the Sea (UNCLOS) and other agreements. During armed conflict, states apply the law of naval warfare. Yet much of the law in this regard was developed at the Hague Conference in 1907 and by state practice during the world wars. There has been no new codification of the law of naval warfare since Geneva Convention II in 1949. In the event of armed conflict at sea today, states must apply these legacy rules to new situations, making their application and legal outcome uncertain. Furthermore, current naval forces, maritime law enforcement organizations, and state-sponsored maritime militia promote different approaches to the principles and norms of customary law.

New technology continues to transform the maritime domain. The inherently interconnected nature of cybersecurity and the increased risk that comes with autonomous unmanned platforms could pose legal challenges in conflict. Gray-zone operations just below the threshold of declared armed conflict are deliberately taking advantage of legal ambiguities, and the definition of a combatant, or hostile act or intent, is becoming more and more blurred. Maritime militia, coast guard vessels, armed merchantmen, and civilian-crewed military logistics vessels can all present legal complications in a naval warfare context. With respect to tactics and operations, warships may feel compelled to blend with civilian traffic to decrease their detectability and take advantage of the element of surprise. On the strategic level, nations may choose to employ blockades, minefields, and other measures that present legal challenges.

In the future, will today’s definition of armed conflict at sea remain relevant? Who will be considered belligerents, and who (or what) will be considered valid targets? What activities will constitute an attack? International law and its application must evolve to reflect the changing realities of naval warfare with the emergence of new technologies and gray-zone activities.

Authors are invited to write on these topics and more as we look to understand the interplay between evolving laws surrounding naval warfare and the future of international maritime security. Submissions will be jointly reviewed and approved by CIMSEC and SCIL, and will be reviewed for quality of writing, analysis, and legal rigor.

Send all submissions to Content@cimsec.org.

The views presented do not necessarily reflect the views of the Stockton Center for International Law, the U.S. Naval War College, or the Department of Defense.