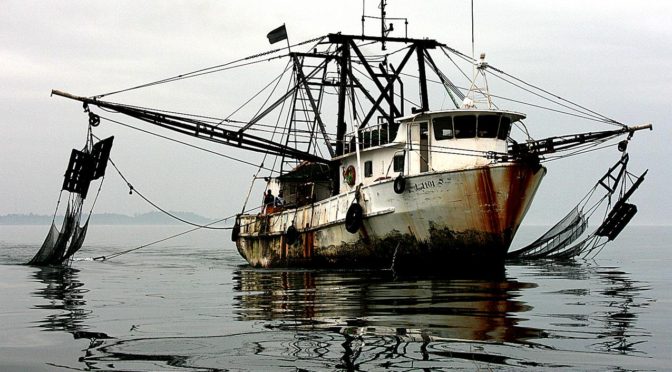 Stable Seas is partnering with CIMSEC to launch the latest Call for Articles of Project Trident to solicit writing on the impact of ocean governance on future international maritime security. Stable Seas, a program of One Earth Future, engages the international security community with novel research on illicit maritime activities such as piracy and armed robbery, trafficking and smuggling in persons, IUU (illegal/unregulated/unreported) fishing, and illicit trades in weapons, drugs, and other contraband.

From the Sulu Sea to the Gulf of Aden, to the southern Caribbean and to the Gulf of Guinea, navies and maritime enforcement authorities are increasingly concerned about the threats posed at sea by terrorists, violent non-state actors, and even nation states that exploit similar methods. While counterterrorism strategy typically focuses on stopping activities on land, threatening organizations consistently use the maritime domain to transport weapons, raise funds through illicit activities, conduct piracy and kidnapping, and even launch attacks against soft maritime targets.

Ocean governance encompasses a broad spectrum of efforts aimed at maintaining good order on the seas while also preserving the seas themselves. Many authorities and efforts are concerned with illegal, unreported, and unregulated fishing that is depleting natural resources. Ocean conservation aims to protect threatened ecosystems critical to human sustenance, endangered species, and the well-being of the ocean itself. Legal theorists and maritime law enforcement authorities debate interpretations of legal regimes such as UNCLOS as they seek to manage their claims and navigate challenges to their authority. Law enforcement agencies of many stripes are enhancing their understanding of the maritime domain as criminal entities look to the world’s oceans with a sense of opportunity, whether to pursue drug trafficking, human trafficking, or black market arms dealing.

Given these trends, how can navies and coast guards better coordinate with local governments and international agencies in countering violence at sea? What lessons can be learned from instances of good onshore/offshore collaboration? How are governments working together across jurisdictions and in international waters to counter this threat?

Authors are invited to write on these topics and more as we look to understand the expansive challenges surrounding ocean governance. Send all submissions to Content@cimsec.org.