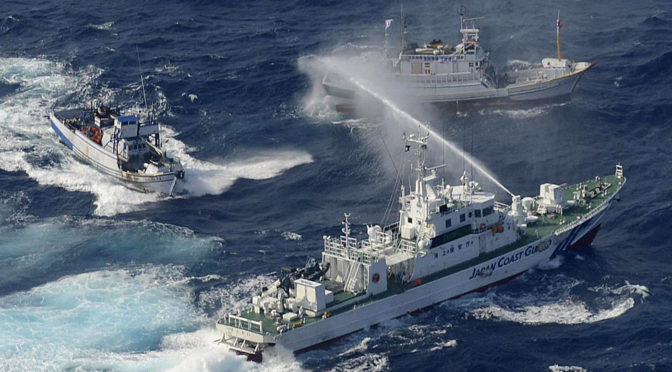 This week, CIMSEC is excited to feature Project Trident’s second topic, ocean governance, presented in partnership with Stable Seas, a program of One Earth Future. Continuing the trend from Project Trident’s first topic, we will be extending the topic into a second week in order to accommodate the high number of quality submissions.

As an element of maritime security, ocean governance has traditionally been seen as the purview of law enforcement agencies and coast guards; however, the authors featured this week challenge this basic assumption, noting that challenges to long-established international norms from non-state actors and nation states (and the hybrid of both) threaten to upend global geopolitics. From false flags to illegal fishing to “grey areas,” the authors examine potential flashpoints in ocean governance that could dictate the future of international maritime security.

Authors note that while piracy and smuggling remain key issues around the world, ocean governance is becoming a major driver of regional economies as international actors vie for resources below the seabed of contested waters. Nowhere is this competition more on display than in the rapidly evolving Arctic; however, competition for energy and other economic resources will soon be in full swing in Southeast Asia and elsewhere.

“Unauthorized Flags: A Threat to the Global Maritime Regime,” by Cameron Trainer and Paulina Izewicz
“Stand Up A Joint Interagency Task Force To Fight Illegal Fishing,” by Claude Berube
“Reflecting the Law of the Sea: In Defense of the Bay of Bengal’s Grey Area,” by Cornell Overfield
“Make Maritime Stability Operations a Core U.S. Coast Guard Mission Focus,” by Dan Owen
“Stop Seabed Mining Now,” by Drake Long
“Regional Maritime Security Governance and the Challenges of State Cooperation on Piracy,” by Dr. Anja Menzel
“Fight Illegal Fishing for Great Power Advantage,” by Matthew Ader
“The Cod Wars and Today: Lessons from an Almost War,” by Walker Mills
“Arctic Governance: Keeping the Arctic Council on Target,” by Ian Birdwell
“Maritime Crime During the Pandemic: Unmasking Trends in The Caribbean,” by Dr. Ian Ralby, Lt. Col. Michael Jones, and Capt. (N) Errington Shurland (ret.)
“Ocean Governance and Maritime Security in The Gulf of Guinea,” by Bem Ibrahim Garba
“Using Geospatial Data to Improve Maritime Domain Awareness in the Sulu and Celebes Seas,” by Michael van Ginkel
“In the Deep End: How Seafarers Are Redirecting Security Consciousness,” by Jessica K. Simonds
“Implications of Hybrid Warfare for the Order of the Oceans,” by Alexander Lott