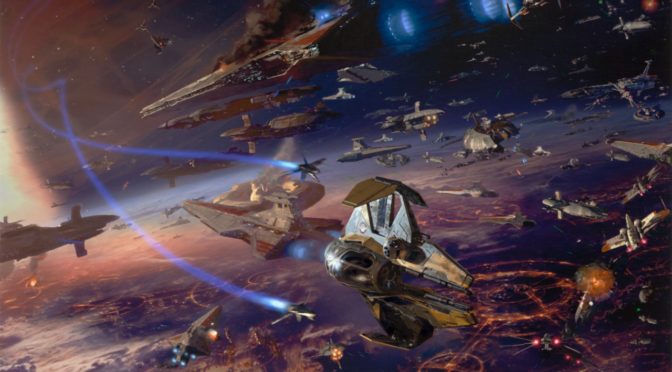 Three years ago, Jerry Hendrix, Mark Vandroff, CDR Salamander, and I were reminiscing about old sci-fi shows and their navy traits. Half-jokingly, I suggested we put together a science fiction convention focused on navies. And then it happened. The result was the first NavyCon in 2017 which was a one-day event held at the U.S. Naval Academy Museum.

At its conclusion, I received comments from the audience and emails from strangers asking when the next event would be held. We won’t wait three years for the next one. This event is intended to take a serious (as well as sometimes light-hearted) approach in understanding how science fiction might help us think differently about navies of today or the near future. Science fiction is often unbound by conventional thinking. The technologies and platforms we find commonplace might have been considered fantastical just a century or two ago. It is human imagination that envisioned going to the moon and human ingenuity that made it happen. It is that same creativity and inspiration that will move us forward together.

Thank you to the presenters, special guests, and all the people who made this happen. I hope you enjoy this NavyCon.

See the NavyCon 2020 Program Guide here, and the full video replay and a listing of specific presentations below.

Standalone Video Jennifer Marland
Curator, NSWC-Carderock
“A Navy is Essential for your Planet: Wars Between Barrayar and Cetaganda in Lois
McMaster Bujold’s Vorkosiverse”

1:26:45-1:41:37 Randy Papadopoulos
Historian for the Secretary of the Navy
“Isaac Asimov, Arthur C. Clarke and Why Space Warfare will be about Fleets”