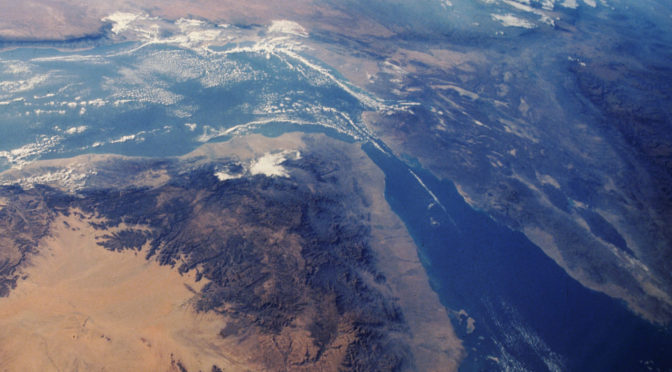 On Sunday, Yemeni separatists known as the Southern Transitional Council (STC) seized 64 billion riyals ($260M USD) from a convoy belonging to the Central Bank of Yemen. This follows their withdrawal in April from a fragile treaty and declaration of autonomy in the southern port city of Aden. The STC’s proclamation threatens to throw Yemen into a fresh phase of bloody turmoil, even as the unmitigated spread of COVID-19 could devolve the world’s worst humanitarian crisis into catastrophe. Meanwhile, talks to end the war between Saudi Arabia and the Houthi rebels of northwestern Yemen drag on, with the Houthis indicating they may attempt to take pivotal territory in the oil-rich city of Marib. Why does any of this matter?

The stability of Yemen is not, in and of itself, one of our core national interests. Yet we continue to aid the Saudis in their war against the Houthis. Supported by international navies, we continue to patrol international waters in the southern Red Sea and Gulf of Aden. We are still pursuing Al Qaeda and ISIS throughout poorly governed regions in Yemen. Why? The answer is pragmatism.

While it is not practical, nor advisable, for the United States to commit blood and treasure to unilaterally resolve Yemen’s civil war, the instability that spills over Yemen’s borders threatens American interests. Now, with the STC potentially pitting its Emirati backers against the Saudis, who recognize the Republic of Yemen Government led by exiled President Abdrabbuh Mansour Hadi, the risk of Yemen’s festering instability igniting a larger regional conflict is greater than ever.

Although a proxy war between Arab states, both of whom the United States relies on for critical military and economic access, would implicitly run counter to American interests, a hypothetical regional conflict still doesn’t explain why Yemen matters today. Even now, instability overflows from Yemen in the form of ballistic missiles, suicide drones, unmanned explosive speedboats, anti-ship cruise missiles, and sea mines. These attacks by the Houthis are generally aimed at the Saudi-led coalition (which does not include the United States), but the use of these weapons near international shipping lanes in the southern Red Sea threaten core national interests in maintaining the free flow of global commerce. The Houthis have credibly threatened to contest the Strait of Bab al Mandeb by attacking international shipping in recent years, including American warships in 2016 – which prompted swift retaliatory action against the launch sites. The strait is the sole southern gateway to the Suez Canal and therefore a strategic chokepoint for maritime trade between Europe and Asia, obviating the need to make the costly and time-consuming trip around the Cape of Good Hope.

Houthi ballistic missile and drone attacks in Saudi Arabia and the UAE threaten critical energy infrastructure, not to mention American citizens and military forces throughout the region. When considering the risk of regional Arab-on-Arab conflict, threats to freedom of navigation, and attacks on Arab energy infrastructure, another question harkens back to Ancient Rome with the Latin “cui bono?” Who benefits? In every case, the answer is Iran.

Iran publicly supports the Houthi effort to overthrow Yemen’s Hadi-led government. Having a proxy on Saudi Arabia’s southern border, or at least a like-minded partner with whom it can supply advanced conventional weapons, is of obvious benefit to Tehran. Arming the Houthis with anti-shipping weaponry allows Iran to threaten a second global maritime chokepoint, a crucial economic “ace in the hole” in its existential fight against the administration’s maximum pressure campaign. The United States, its international partners, and the United Nations have repeatedly exposed Iran’s illicit arms shipments to the Houthis; however, international sentiment is so heavily slanted against the Saudis (due largely to the early conduct of their air campaign) that Iran can quietly refute the allegations while the anti-Saudi narrative continues to resonate on Capitol Hill and social media. Meanwhile, the Houthis block humanitarian aid shipments and hold them for ransom as millions of Yemenis starve, and the world barely notices.

Iran has also learned valuable lessons on how to employ its growing arsenal in the event of a direct conflict with Saudi Arabia or the United States. In 2019, the British Government warned that Iran was using Yemen as a missile testing ground. “We’ve seen the UN panel of experts talk about the new Kamikaze drones that are coming out of Iran, we’ve had the Badr-1, which is the missile system that looks like a V2, being launched into Saudi Arabia and we have seen from technical reports that the enhancements that are being applied to that war by Iran are considerable,” Labour MP Graham Jones said.

In Yemen, Iran has deftly exerted influence below the threshold that would trigger direct U.S. retaliation, just as it has done in the Arabian Gulf over the last three decades since the Tanker War. The United States may lack the incentive to retaliate or intervene in Yemen, but ignores the failed state at its own peril. The most pragmatic approach is to help the Saudis focus on the primary source of instability in Yemen. Iran threatens Saudi Arabia from the east, north, and south, and now, with the STC’s declaration of autonomy, Tehran has the opportunity to further spread instability and division throughout the Gulf Cooperation Council states, which will only be exacerbated by global economic strain. Iran employed a similar tactic with Qatar in 2017, and now Turkey (whose relationship with Iran is ambiguous at best) appears to be joining with Qatar to finance the Muslim Brotherhood in southen Yemen.

A strategy explicitly focused on isolating the Houthis from Iranian support – militarily, diplomatically, and economically – would dramatically alter the Houthi and Iranian strategic calculus. The U.S. could organize an international effort to interdict illicit arms shipments through the Gulf of Aden (irrespective of origin). It must continue to expose Iranian malign influence in western Yemen, and work to disrupt and eventually quell Houthi revenue streams coming from Iran. Even with these efforts stability may still not “break out” in Yemen, and the Houthis are not likely to surrender the political and territorial gains they’ve earned over the last five years.

However, as Saudi efforts shift upstream to stem the flow of Iranian aid at its source, the Houthis’ ability, and intent, to threaten American interests in partner nations and the international commons would significantly diminish. Supporting the Saudis in isolating the Houthis from Iran is pragmatic because it balances necessity with available resources and political will. Political support from Congress will be more forthcoming by shifting the focus away from western Yemen itself toward stabilizing the international commons, and broadening the scope to an international effort to eliminate illicit arms shipments and destabilizing influence.

Yemen and Saudi Arabia may be toxic topics in Washington, but ignoring them could be disastrous. If COVID-19 is the domino that turns a humanitarian crisis into widespread fatalities, the United States may be compelled to intervene at great cost and risk. In the event of armed conflict with Iran, western Yemen would be a second front and a second contested maritime chokepoint. Not only would ignoring Yemen allow threats to American interests to grow, it would jeopardize U.S. influence over a key partner in the global energy market. The Saudis demonstrated their clout in April by flooding the market with oil to punish Russia for refusing earlier cuts, with analysts predicting they will win the price war. On Easter, President Trump negotiated a deal for the Saudis to cut production, and while COVID-19 impacts continue to dominate the market, American influence on Saudi Arabia proved critical in softening the blow. Despite our progress toward energy independence, our relationship with the Saudis is still a major factor in our economic health.

Ultimately, the Holy Grail for securing American interests in the Middle East is for partner nations to provide for their own defense. Saudi Arabia is already a cultural and economic heavyweight, and its Vision 2030 has the potential to gradually bring it more in line with western Democratic ideals, and to improve its security and defense institutions. A functional Arab regional security architecture is among the greatest of Iranian fears. In Yemen, the United States can send a strong message to Iran and invest in Saudi Arabia’s future as a regional security leader and sustainably secure American interests more broadly. By doing more now the U.S. can do less in the Middle East in the future.

Iran certainly sees opportunity to sow further instability in the wake of the STC’s separatist declaration in Aden. Tehran will gauge Washington’s reaction closely, and the penalty for inaction on our part could be severe. It is time to decide whether Yemen matters more to us, or more to Tehran.

Jimmy Drennan is the President of CIMSEC. Contact him at President@cimsec.org. These views are the author’s alone and do not necessarily reflect the position of any government agency. 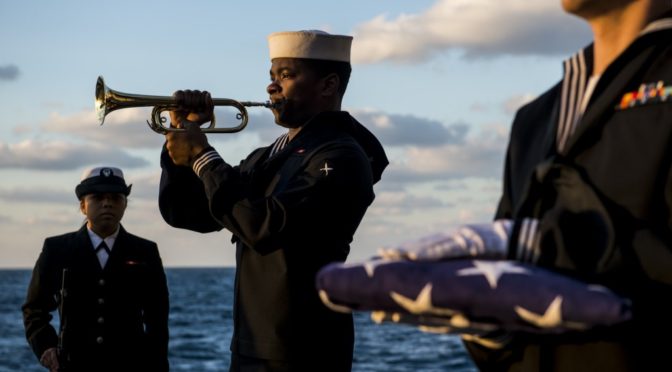