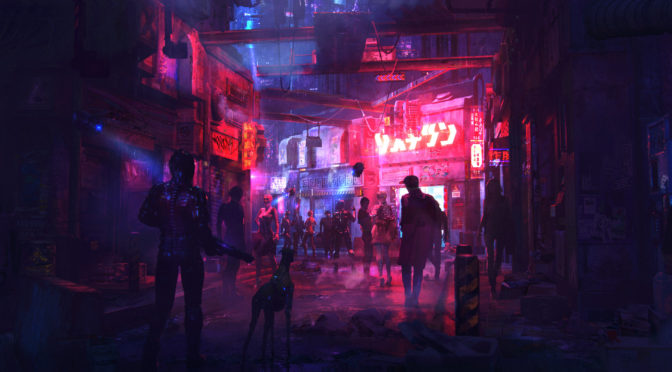 Peter W. Singer and August Cole have once again collaborated on a “useful fiction” project (their term) entitled, Burn-In. A “burn-in” refers to the “continuous operation of a device (such as a computer) to test for defects or failure prior to putting it to use.” In this case, the novel follows the story of an FBI agent, Lara Keegan, who finds herself paired with a “Tactical Autonomous Mobility System” or “TAMS,” an autonomous robot gifted with artificial intelligence and human-like features, though smaller than your average person at only five feet tall.

In a brief epilogue to the reader, Singer and Cole explain why they undertook this project. They argue that we are in the midst of a new industrial and information revolution which touches every segment of society, and will create political, social, economic, cultural, and security disruptions on a scale never before endured. “What is worrisome is how poorly understood [this revolution] is, both by the public and by policymakers. It is not just that too many lack a sense of the scale of change that is to come, but also the ability to visualize it.”

The authors draw the reader into a world that is at once familiar, and yet near-dystopian. The trials of life, raising children, providing for a family and ultimately doing one’s duty are set against a backdrop of immense economic dislocation and social unrest. Throughout the book we are given glimpses into a future America that on some level shows the hope and promise of technology and how it can empower lives. At the same time, the dislocation caused by automation in many cases replaces human decision-making with algorithms, and is brought home to the reader in Keegan’s strained relationship with her husband Jared, whose promising law career has been cut short. The reader can sense the tension and bitterness as Jared had been reduced to a virtual reality “gig economy” to help the family make ends meet. Their young daughter Haley becomes both the anchor for the couple and the bridge between the family and this new way of life.

In many respects, the social and economic dislocation as a result of the quickening pace of technological change is nothing new in history. The late 18th to early 20th centuries witnessed the transition from an agrarian-based way of life to one based on industrialization and commercial exchange. The pace of technological change has only quickened during that time. As the majority of the planet’s population now lives in urban centers, technological change between human generations has sped up exponentially. Futurist Ray Kurzweil suggests there is a law of accelerating returns, arguing that as civilizations repurpose and build upon the technologies of the previous generations, the rate of change is compounded exponentially. With an exponential growth rate, understanding the implications of new technology becomes increasingly difficult, if not impossible. Decision-makers from Congress and corporate boardrooms to family households are likely to find themselves in a perpetual “analysis paralysis loop,” unable to cope. We see much of this manifest today in our world. Consider the following:

Singer and Cole paint multiple pictures of America, showing broad landscapes as well as intimate portraits. Early on we find parts of Washington D.C. “occupied” by a veterans’ group in a scene reminiscent of the Bonus Army march from 1932. In the last third of the book, Americans across the demographic and ideological divide take to the streets after a series of major shocks and disasters, looking for someone or something to blame. Much like the ease with which humans psychologically attach sinister motives to unnamed and ill-defined entities like the “Deep State” or “Big Oil,” these Americans lash out at what they think is “out-of-control technology,” without really having an idea of what to do, other than rage. They are ripe for manipulation and corruption without realizing their own vulnerability. And it is when Keegan’s own family gets caught up in the maelstrom that the reader begins to understand both the seething anger of Americans like Jared, as well as the hope and promise of what TAMS can do.

The Keegan-TAMS relationship evolves throughout the novel, trying to answer the question of human meaning and purpose in a world where, on the surface, TAMS might appear to be superior to a human in every way. TAMS can amass and process nearly infinite amounts of data to understand patterns and learn, while being stronger, faster, and in many cases more creative. Yet much eludes TAMS and, like the character Data from Star Trek: The Next Generation, it will never be human. The question becomes whether we will remain human.

The book, like the other noteworthy novel the two collaborated on, Ghost Fleet, meets its purpose skillfully. It is both lively, entertaining, and well-written as well as thought-provoking. Some will no doubt quibble with certain fictional elements, which naturally misses the point. The authors hope to leave the reader asking more questions rather than giving ready answers. The characters are engaging, yet flawed human beings, while TAMS is seemingly omniscient, yet innocent and ignorant. The writing is lively and colorful, and should be essential reading for anyone who looks out at the landscape today and sees clouds looming over the horizon.

LCDR Robert “Jake” Bebber is a cryptologic warfare officer assigned to Information Warfare Training Command Corry Station in Pensacola, Florida. LCDR Bebber was most recently the Cryptologic Resource Coordinator for the Abraham Lincoln Carrier Strike Group. He holds a Ph.D. in Public Policy from the University of Central Florida, and his writing has appeared in Proceedings, Orbis, Comparative Strategy, Journal of Information Warfare, Cipherbrief and CIMSEC. He is supported by his wife, Dana, and their two children Zachary and Vincent. LCDR Bebber welcomes your comments at jbebber@gmail.com. These views are presented in a personal capacity.