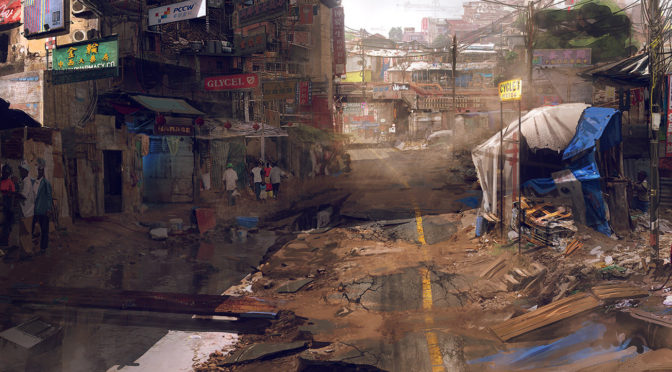 Senior Colonel Liang Min savored a bite of delicious saka-saka while the dark green waves of the eastern Atlantic lapped up on shore several meters away. During his nearly three years in West Africa, he had grown to love the buttery dish made with cassava leaves. Mid-bite, his smartphone buzzed, and he recognized the number as originating from Beijing. As the defense attache and senior People’s Liberation Army military representative for the neighboring countries of the Republic of Congo and the Democratic Republic of Congo, his job was relatively stress free, and he knew a call from Beijing could only mean something more important than his R&R.

Liang was enjoying a respite away from the frenetic congestion of Kinshasa in sleepy Port Noire, planning a visit for one of China’s three hospital ships, which were on deployment bringing medical care and goodwill around the continent. He ended the short call thoroughly irritated, knowing he was facing a series of flights on questionably maintained puddle jumpers and a bone-jarring truck ride.

Twelve-year old Denis Mutebe grimaced under the weight of the bag of ore on his shoulder. He was confident this load would provide enough money to buy a liter of petrol for his father to make the harrowing motorbike ride to the clinic in Kolwezi to buy medicine for his little sister Fini.  Over the last several years, the bluish-gray rocks Denis carried had become one of the world’s most important and scarcest commodities.

In 2026, the Environmental Protection Agency put regulations into place outlawing sales of new vehicles with internal combustion engines in the United States, sending the economy into a tailspin. Elon Musk became the world’s first trillionaire as Telsa’s stock price skyrocketed nearly overnight. At the same time, the forced shift to electric-powered vehicles sent a shockwave through the world’s limited cobalt supply.

Despite millions of dollars in research and development looking for a replacement, Tesla and other electric vehicle manufacturers could not find a technology to replace the cobalt resident in each car’s lithium-ion batteries, not to mention the batteries that powered the billions of cell phones, tablets, and other smart devices across the planet.

About two-thirds of the world’s cobalt originated in the Democratic Republic of Congo, a country also renown for outbreaks of Ebola, cholera, and persistent ethnic violence.

A 20-kilo bag of low-grade ore, like the one digging into Denis’ shoulders, would produce about three kilograms of cobalt, enough to make the Nickel-Cobalt-Aluminum cathodes which ensured the batteries of an electric vehicle remained stable.

Though he had been tempted to pocket a couple handfuls of the rocks, Denis knew that was impossible with the drones constantly flying overhead watching his every move. His best friend Mobutu had disappeared a few months ago after telling Denis he had been skimming some of the rocks to sell to the traders in Lubumbashi. Other diggers he knew had been crushed under tons of red mud when the pits they were working in collapsed. Still other child miners succumbed from infected wounds from the guards who beat them for not making quota. Denis had painfully learned not to get too attached to anyone, lest they be removed suddenly from his life.

Though most of the team still considered him an outsider, Cryptologic Technician First Class Jeremy Collins knew that he held the key to this mission in his hand. Similar to the way the Army had leveraged Navy individual augmentees with expertise in electronic warfare to jam enemy improvised explosive devices on the roads of Iraq two decades earlier, today, they tapped into the Navy’s much more advanced cyber capability by pulling sailors like Jeremy away from ships and shore stations onto the front lines of irregular conflicts, which were more common than not throughout America’s history.

Operational Detachment Alpha 0315’s weapons sergeant, or Bravo, as Jeremy now referred to him, had wanted to simply take down the drones patrolling the camp with their own man-portable jammer so they could employ their surrogate force of NCDM militiamen to assault a blinded target.

But the Bravo was overruled by the Team Chief Doug, who knew that the capability their Navy augmentee brought was critical to ensuring the mission was done accurately and with zero collateral damage. “Got it!” Jeremy looked down at the tablet and was now seeing the live video feed from one of the camp’s DJI Viper patrol drones. His stomach was already a wreck from the anti-malarial meds he took each morning with his MREs, but with this being his first combat mission his guts were in knots.

Safely concealed in dense brush a half click from the camp, Doug and the 18-Bravo rapidly selected targets with their augmented reality goggles, which were now streaming 4k ultra high definition video of the camp onto their retinas. Most of the targets were easy to distinguish from the diggers and other non-combatants, as each one carried a long gun. Doug was especially careful to avoid selecting the man with the olive green combination cover adorned with scrambled eggs.

Hundreds of miles away in the southern reaches of the Gulf of Guinea, Fire Controlman Second Class Riley Starke tensely awaited the order from the Tactical Action Officer to depress the button her right index finger now hovered over. Up until now, the ship’s fisheries enforcement deployment had been rather uneventful and boring for Riley, who spent most of her time supporting the boat deck crew. These boats were routinely launched against fishing vessels suspected of poaching in the exclusive economic zones of the neighboring Gulf of Guinea countries. In addition to a coxswain and engineer, each rigid hull inflatable boat (RHIB) carried a multinational ECOWAS boarding team led by Sea Shepherd advisors.

These boardings could be tense sometimes; six months before, another LCS on patrol had exchanged warning shots with a PRC Coast Guard cutter operating out of the new PLAN navy base in Luanda, Angola. A fleet of People’s Armed Forces Maritime Militia distant water trawlers had surrounded the boarding team from USS Billings off Gabon. As the ship closed to provide cover for the RHIB, the Chinese cutter came between her and the boarding team. At 12,000 tons, the ship was larger than U.S. cruisers and destroyers, and dwarfed the littoral combat ship Billings. The situation defused after the Chinese vessel turned away and called back the militia trawlers after rounds from Billings’ 57 mm cannon passed in front of her bow.

Like most of the Uighur guards protecting the mine, Omir had received an early release from the “Vocational Training Center” he’d been held in for nearly eighteen months in exchange for a pledge to join the West African Regiment of the Peoples Corporate Militia. Omir had recently pleaded to his PCM battalion commander for artillery support, because a dozen of his patrols had been ambushed outside the wire by an increasingly well-trained and emboldened rebel group, the National Congress for Defense of Minerals.

Aboard the littoral combat ship USS Nikki Haley, the containerized modular multiple launch rocket system that had been strapped to the flight deck a few weeks ago popped open. Though the container took up a good amount of flight deck, there was plenty of room to launch and recover the ship’s Integrator surveillance drones.

With her other hand, Riley nervously adjusted the bright red ponytail poking out of the back of her ball cap, emblazoned with the ship’s motto “PERSEVERE.” The slogan represented the spirit of the ship’s namesake, who had been severely wounded on the campaign trail by an Antifa drone strike six years ago. Nervous but intensely focused, Riley reacted instantly as the order “batteries release” was given.

Swatting away a mosquito, Jeremy worked calmly, but urgently to upload the AI script he had designed into the missile’s warhead, which was now minutes away. Jeremy had built an app to patch together the drone’s automatic tracking feature with the warhead’s terminal guidance software.

Moments later and thousands of feet above, the modified missile warhead deployed dozens of sub-munitions. These in turn ejected small tubes terminally guided to their designated target by the AI-enhanced software.

Denis struggled for footing under the weight of his bag of expensive rocks. He heard a screech and a series of pops, causing him to pause momentarily.

COL Liang looked up when he heard the unusual sound. As his glance tilted skyward, he didn’t notice Omir and the five armed men just meters away from him collapsing. Nearly three decades of counterterror manhunting operations across the globe had evolved U.S. anti-personnel munitions into exquisitely discrete killing systems. All around the camp, the scene was similar as each sensor-fused round fired three downward pointing steel flechettes approximately two meters above its intended target.

While the other diggers stood nearby frozen and amazed, Denis slung his bag across the handlebars of a guard’s nearby bicycle, climbed on, and pedaled quietly out the front gate.

Captain Chris Rawley is a surface warfare officer and serves as the Reserve Chief of Staff for Commander, Naval Surface Forces. Over a 27-year career, he’s deployed across Africa, the Persian Gulf, Afghanistan, Iraq, and the Western Pacific. Captain Rawley is also a former Vice President and Board of Directors member of CIMSEC. In his civilian role, he’s the founder and CEO of Harvest Returns, an agriculture investment marketplace. This story is entirely fiction and any views expressed are presented in a personal capacity.