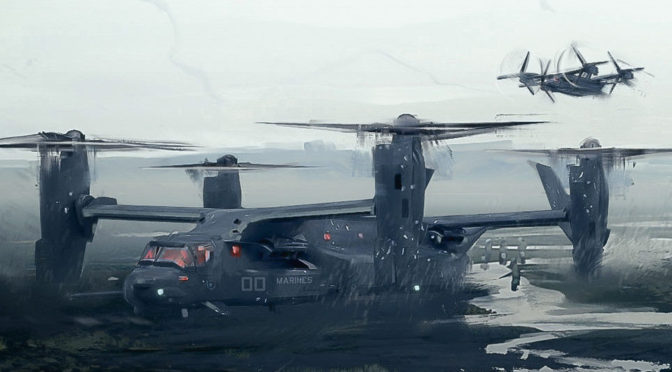 Chairman: Madam Commandant, we have asked for you to come here today to testify about the role the Marine Corps played in the Pacific War. As you are well aware, the future of the Marine Corps is now in question and we wanted you to justify for us the Corps’ continued existence as a separate entity in the Department of Defense. We will start with five minutes of questions from the junior Senator from Wisconsin.

Senator: General, do you feel that the service was prepared to meet the challenges of conflict?

CMC: First, thank you for the question and for inviting me here today. The attacks on Taiwan and Okinawa caught us in the middle of a transformation – a shift from decades of counter-insurgency warfare to great power competition. When the war broke out we were making changes to facilitate the operationalization of our concept Expeditionary Advanced Base Operations and acquiring new systems to better address the emerging threats of China and Russia. We had also begun to realign our education programs more closely with the Navy, adding a maritime focus.

Senator: General – how long have you been, as you put it “in transformation”? Secretary of Defense Mattis declared that the military was transitioning to great power competition in the 2018 National Defense Strategy. That was two decades ago.

CMC: Yes – well, the thing is, after the release of the 2018 NDS it took us a further five years to write new concepts. And then another five years to realign our acquisition priorities. After we realigned our priorities it took five more years to design and prototype our news systems, and we’d only just begun to field them operationally when the war broke out. Likewise – between a comprehensive curriculum review and redesign it took over a decade to shift our professional education and training away from a counter-insurgency focus and back to peer-competition.

Senator: So, you’re telling me, after twenty years you are still transitioning?

CMC: Yes – but it hasn’t been in a vacuum. We’ve had Marines engaged all over the world advising foreign forces, and conducting counter-narcotics and humanitarian missions. In fact we’re very proud of that. We have significantly expanded our humanitarian and disaster relief capability in the last several years and have been deploying our Marine Special Operators and Marine Advising Regiment almost non-stop. We have teams still operating in Africa and in the Middle East.

Senator: General, do you remember what the mission of the Marine Corps is?

CMC: The mission of the Marine Corps?

I’ll read it for you, in case you have forgotten.

“The Marine Corps shall be organized, trained, and equipped to provide fleet marine forces of combined arms, together with supporting air components, for service with the fleet in the seizure or defense of advanced naval bases and for the conduct of such land operations as may be essential to the prosecution of a naval campaign.”

General, would you say that the seizure or defense of advanced naval bases in support of a naval campaign was the primary focus of the Marine Corps before the China Sea Conflict? How do foreign internal defense missions in central Africa and the Middle East, or counter-narcotics missions in South America support the prosecution of naval campaigns?

CMC: Yes sir, but I would add that Title 10 also says that we are responsible for “whatever other duties the president may direct.” We are staying relevant to the nation – we call ourselves the “First to Fight,” meaning we execute what operations come our way instead of waiting on the sidelines for operations specific to our mission.

Senator: Let me continue. I’ll read the sentence after that.

“However, these additional duties may not detract from or interfere with the operations for which the Marine Corps is primarily organized.”

With that mission in mind, General, was the Marine Corps ready for the Pacific War?

CMC: Ready – I was actually hoping you would ask about readiness. Our readiness prior to the outbreak of the war was actually higher than it has ever been in our history. And that is readiness across all categories, Senator – maintenance, medical, dental, annual training– it was all green across the board. We were almost 100 percent deployable across the board. As an example, in I MEF, we didn’t have a single Class 4 dental Marine or Sailor. For III MEF, we were deployable across the board – no issues whatsoever and –

Senator: General, I mean what specifically had the Corps done to get ready for a great power conflict in the Pacific – with training, acquisitions, concept development or anything else related to warfighting?

CMC: We invested heavily in training before the war and sent Marines through multiple iterations of combined arms training at our Marine Air Ground Combat Center in 29 Palms, California. As for acquisition we were watching a lot of Army and Navy programs closely – we don’t have as much money as the other services and so we can’t afford to go off and do things on our own as much. So, we were following the Army’s Long-Range Precision Fires, Future Vertical Lift, and their Future Attack Reconnaissance Helicopter programs, as well as the Navy’s mine-countermeasures and unmanned surface vehicle programs. But we didn’t have the money to fund these things ourselves.

Senator: General, in that same time period, the Marine Corps acquired over a hundred new CH-53Ks. You bought hundreds of amphibious combat vehicles and thousands of joint-light tactical vehicles. In the mid-2000s, you developed, fielded, and then scrapped your Expeditionary Fire Support System in only a few years, along with ammo and vehicles instead of purchasing existing Army systems. The Corps clearly had money to invest in unique capabilities but lacked the prescience to invest in the right capabilities.

Furthermore, why is it that your service’s most comprehensive training was conducted in the Mojave Desert – amongst terrain completely different from anywhere in the Pacific and hundreds of miles from the ocean?

CMC: To be honest sir, those programs are really holdovers from my predecessors, as was our training – I can’t bear full responsibility for that. When you start these programs you have to see them through. Back when we were fighting Afghanistan, we needed heavy lift helicopters to operate at high altitudes in desert climates. That’s also why we bought the joint-light tactical vehicle. And the amphibious combat vehicle was a much-needed replacement for our legacy vehicles. We needed something that can carry Marines from ship-to-shore and move them to the objective. We trained in the desert because it was easier than training on the coast.  It was also cheaper.

Senator: So, if I understand correctly, the Marine Corps acquired over 200 of the most expensive helicopters ever built to meet operational requirements from a war that ended in 2020 and to address terrain limitations that simply do not exist in the Pacific? And furthermore, despite the directive to increase lethality across the force, they are essentially unarmed?

Next, at the same time as we were trying to lighten the force and improve our capability to host air-mobile, forward-refueling points you replaced the mainstay tactical vehicle with one that is both significantly larger, heavier, and has less room inside. All to protect those Marines against a threat that we have not seen in the Pacific theater?

And finally, we invested in a new vehicle for ship-to-shore movement under fire after multiple Secretaries of Defense have questioned the relevance of forcible entry operations?

CMC: We made the best decisions we could with the information we had at the time.

Senator: General, you made no decisions. Under your tenure and the tenure of your predecessors, the utility of the Marine Corps withered. The Corps repeatedly invested in capabilities that were no longer relevant and legacy projects. Simultaneously, hard questions about the fundamental role of the force were ignored and unanswered. The Marine Corps shoehorned their own idea of what they should be and what they could provide into the Joint Force.

You went to war with lethal squads that were stuck in their barracks. You went to war with amphibious vehicles but without the amphibious shipping to put them on – the new L-Class ships don’t even have well decks for them to launch from. Your only contribution to the Pacific War was a few squadrons of F-35s, but limited by their short takeoff capability, they had to carry less fuel and ammunition than their Air Force and Navy cousins. You did not have the weapons, training, or concepts to defend our allies, or even yourselves. Marines were forced to fire cannon artillery at Chinese ships and landing craft because they had nothing else.

Despite the high levels of readiness you briefed, the Marine Corps was not ready for war. You were not even able to fulfill the basic mission of defending and seizing advanced bases. Therefore, I see no reason for there to be a Marine Corps.

I yield my time.

Walker D. Mills is a Marine Corps infantry officer currently serving as an exchange officer with the Colombian Marine Corps. This short story is inspired by his experiences being deployed to the Western Pacific. He has previously written fiction for the Center for International Maritime Security and as part of the Krulak Center’s Destination Unknown Project and Marine Corps Post Mortem.