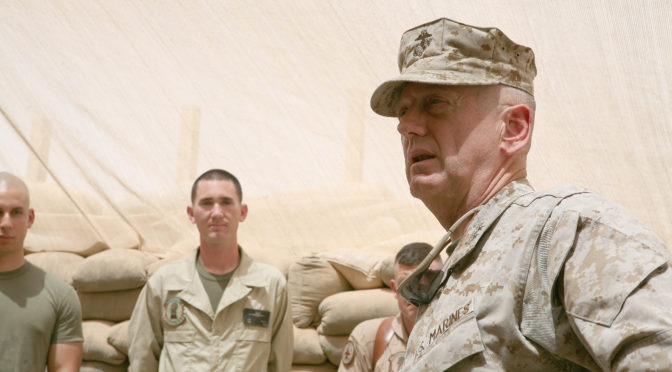 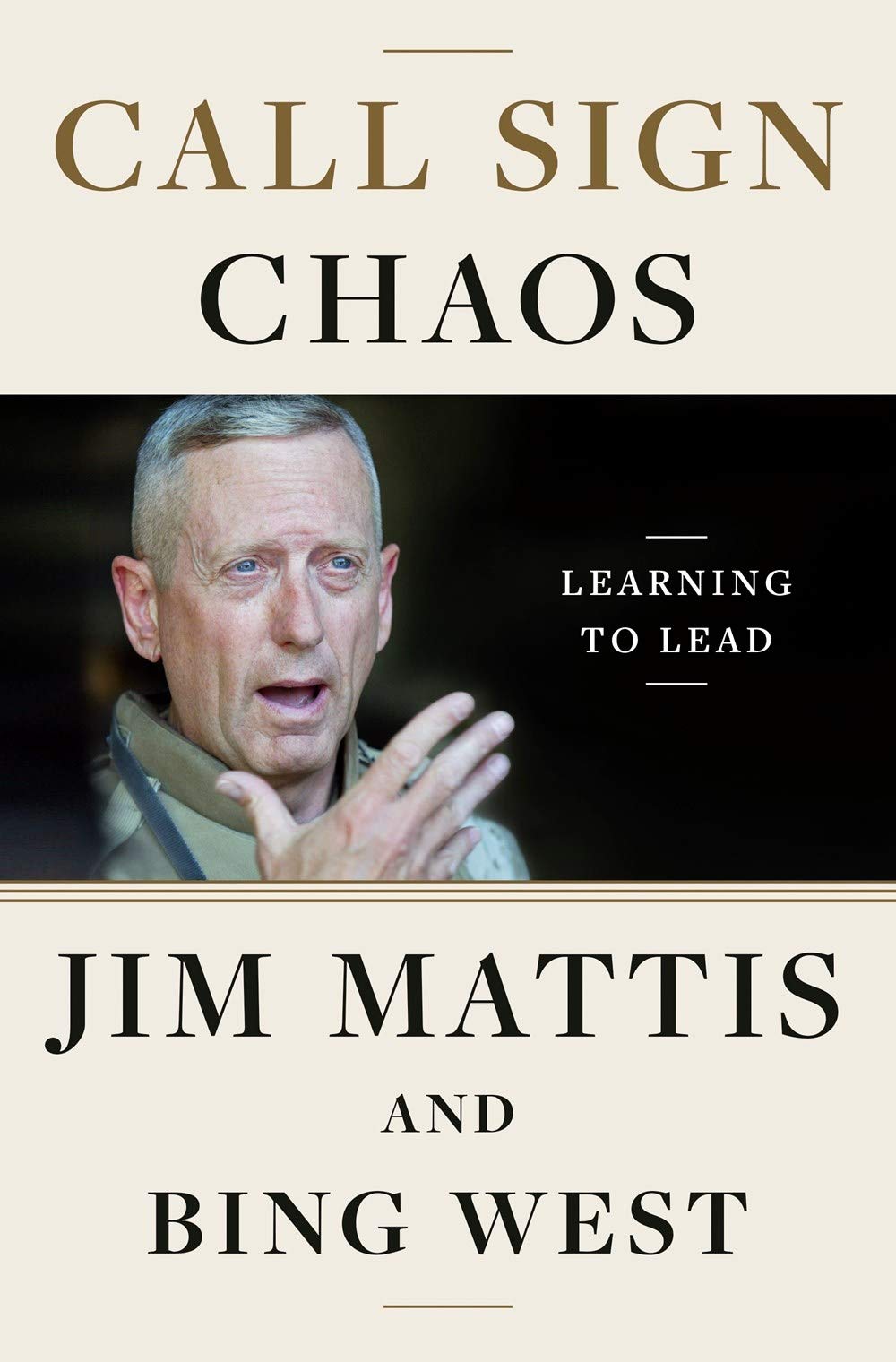 Jim Mattis’s new book, written with Bing West, Call Sign Chaos: Learning to Lead, is in many ways exactly what one would expect from the former Secretary of Defense and four-star Marine general. It is as if Mattis is writing with his uniform on, chock-full of the Mattis-isms that as a young Marine officer I grew up hearing and reading about. But Mattis doesn’t offer a deeper or more introspective side of himself. For those that have already been introduced to ‘Saint Mattis of Quantico’ and his persona, the book is not much more than a compendium of his “touchstones” and anecdotes combined with a single narrative arc. There are anecdotes that have been made famous by others – like Mattis walking the lines at night in Afghanistan as recounted by Nate Fick in his book One Bullet Away: The Making of a Marine Officer, and there is his own recounting of the swift, combat relief of one of his own regimental commanders during the march to Baghdad in 2003 – elaborated on by Thomas E. Ricks in The Generals: American Military Command from World War II to Today. But Call Sign Chaos fails to reveal anything deeper. It is not a tell all, and it takes pains to avoid painting people who served with Mattis in a negative light. It contrasts sharply with the recent book Holding the Line by Guy Snodgrass which touts an inside view. However, for readers who are unfamiliar with Mattis and his time in the Marines, Call Sign Chaos is an excellent introduction to Mattis and his philosophy, and an introduction to Marine Corps leadership writ large. The authors fulfill their intent “…to convey the lessons I learned for those who might benefit whether in the military or in civilian life.”

The one surprise in Call Sign Chaos is Mattis’s preoccupation with Iran. His narrative is bookended by Iran experiences. First, as a young officer he was part of a planned, but unexecuted, diversion in support of an operation to rescue the 52 American embassy hostages. And then later, as the Commander of United States Central Command (CENTCOM) he was relieved because the Obama Administration regarded him as “…too eager for a military confrontation with Iran” according to Leon Panetta’s memoir Worthy Fights: A Memoir of Leadership in War and Peace. Mattis’s bellicose stance on Iran is also seeded throughout the book. Mattis almost never passed an opportunity to rhetorically bash Iranian leaders as “zealots who needed a lesson in humility,” “cunning and hostile – a malign force,” and “radicals” who chant “death to America.” In contrast, North Korea barely featured, the Chinese not as much as one would expect, and the Russians or Soviets didn’t receive any nasty labels like the Iranians. It is perhaps ironic then that since his departure as Secretary, the United States has repeatedly moved closer to war with Iran and teaching those “zealots” a “lesson in humility.” As Secretary of Defense a large part of his legacy will be the 2018 National Defense Strategy, which purported to reorient or pivot the United States military away from the Greater Middle East toward “Great Power Competition.” But his own career and writing point to a near obsession with the Middle East and Iran in particular. Commissioned in the 1970s, Mattis does not write about the Soviet Union with a sour taste, even though by any measure the threats presented by the Soviet Union would have dominated his early career. Instead, he focuses on Iran, leaving the reader to wonder how Mattis would have shaped or handled recent Iranian provocations differently than his successors and making his work particularly relevant because Iran still features prominently in the headlines. It highlights one of the primary tensions in contemporary American foreign policy – the stated desire of multiple administrations to leave the Middle East tugging against the region’s strong geopolitical gravity.

Call Sign Chaos is generally organized into three parts that correspond to Mattis’s ascent through the ranks and corresponding leadership method – direct, executive, and strategic. It focuses on his time on active duty, predating his time as Secretary. Throughout the book, our narrator is General Mattis – he is never quite able to take off his uniform and step into the role of political appointee. Absent are the perspectives of Secretary or Professor Mattis. The book is peppered with history and with quotes from great leaders and the famous captains of history, but usually only as brief anecdotes. Mattis employs men from Xenophon to Churchill and Kipling to serve as background or signposts in his narrative. (Sadly, there are no women featured.) This is enlightening for the reader who is unfamiliar with the history of the Peloponnesian Wars or the Zimmerman Telegram – but the lessons are also disappointingly shallow, or as the Washington Post noted in their review – occasionally off the mark. They might remind the reader more of an overactive student in class hoping to impress a professor, rather than the musings of the professor himself. They also at time ring with a touch of hubris – Mattis is certainly aware of his cult-like following in the Marine Corps and feeds it with his juxtaposition of himself with men like Alexander the Great in Afghanistan.

The book will leave many readers disappointed. Mattis paints his own portrait somewhat stiffly, it doesn’t pierce his carefully curated persona or show the man ‘behind the mask.’ The mask is, if anything, enhanced by the addition of new material, like anecdotes about his youth in Washington state. He only teases the reader with the barest of information about his time as Secretary of Defense in the Trump Administration asserting “I’m old fashioned: I don’t write about sitting presidents.” There is no large reveal about his time working for President Trump. The most dramatic words to this effect are in his resignation letter, which has long been released. Call Sign Chaos is entirely about his time in uniform.

Ultimately, Call Sign Chaos is a primer on leadership from one of the most influential military leaders of the 21st Century. Readers will find Mattis’s story and his advice for young leaders written in a continuation of his persona. While never revolutionary or even radical, his advice is sound and well-grounded in study and experience. For a reader who wants to look behind the curtain or be taken in on a secret, Mattis and West will disappoint. However, they deliver clear and valuable leadership advice, in context – which as they write, was their intent.