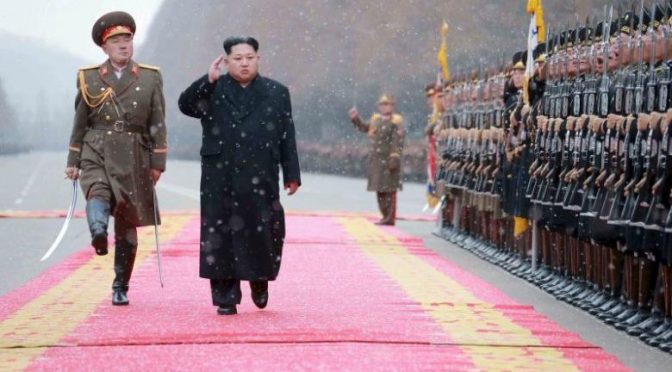 Recent developments on the Korean Peninsula have prompted concerns over North Korea’s weapons of mass destruction, how to deter conflict, and find a peaceful solution to the dilemma. This week CIMSEC will be publishing articles submitted in response to our call for articles on North Korea.

Below is a list of articles featuring during the topic week that will be updated as the topic week rolls out and as prospective authors finalize additional publications.

Featured Image: North Korean leader Kim Jong Un salutes during a visit to the Ministry of the People’s Armed Forces on the occasion of the new year, in this undated file photo released by North Korea’s Korean Central News Agency (KCNA) on January 10, 2016. (Reuters/KCNA)