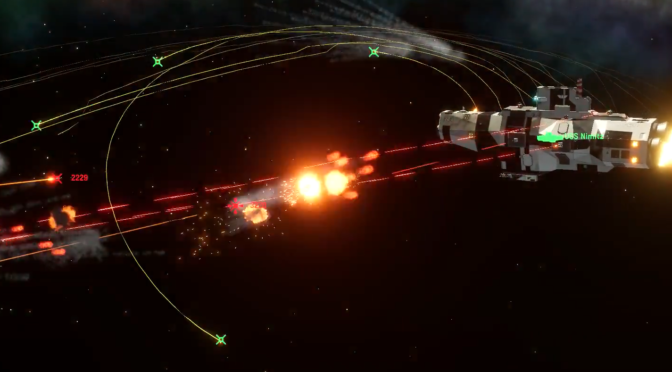 On this public server, the CIMSEC community gathers to play and spectate wargames focused on naval operations and tactics, among other varieties. Through wargaming we can flex our tactical thinking, debate force structure and operating concepts, and generally have a good time with our navalist friends and colleagues.

This community can play all kinds of wargames available today. For our initial organized activities, we are mainly focusing on a hotly anticipated and newly released naval wargaming title — Nebulous Fleet Command. Among available naval wargames, Nebulous strongly stands out. Whether in terms of missile salvo combat and sensor mechanics, or force structure and fleet customization, Nebulous is an especially engaging and highly refined naval combat wargame. Explore our server for Nebulous gameplay guides, development progress updates, and media of in-game content. Enjoy some Nebulous clips below of fleet customization and high-intensity naval combat.

In the face of heavy jamming, a naval formation uses illuminators to target and fire an anti-ship missile salvo.

Soon we will announce the timing of our regular community fight nights, and some competitive wargaming tournaments may even be in the offing. Join our public wargaming server today and stay tuned for more updates.