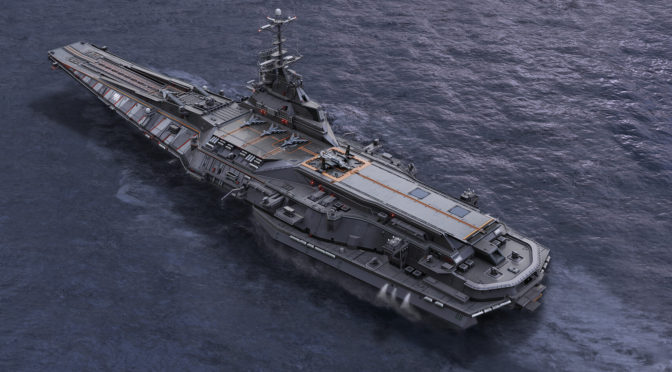 During the week of Dec. 9, 2019 CIMSEC featured a dozen short stories submitted in response to our call for articles. Authors used fiction to explore national security topics and share engrossing narratives. From expansive Pacific conflicts to individuals making a decisive difference, these stories explored the technological, exhibited the unconventional, and envisioned the unthinkable. We thank these authors for their outstanding stories.

“The Tree of Life” by Mike Barretta

“War has a way of focusing the mind. There are no bills to pay, report cards to worry about, or lawns to mow. There is just the war, a singular consuming imperative, and it takes a long while to adjust to the trivialities of real life. His last homecoming was different than the rest. Of course, this war was different than the ones before.”

“From Sea to Sky” by David Alman

‘“Captain Harrison – flash message just in – Chinese forces are moving to launch posture, sound the alert, get the aircraft on standby. Not a drill.’ She immediately turned to her team and ordered them into action.”

“No Decision” by Walker Mills

“Despite the high levels of readiness you briefed, the Marine Corps was not ready for war. You were not even able to fulfill the basic mission of defending and seizing advanced bases. Therefore, I see no reason for there to be a Marine Corps.”

“Think about what happened when our subs actually did start sinking things in the strait. What if they’d been supported by functioning air bases at Okinawa, by two, three carriers in the Philippine Sea? China was more stretched out, more vulnerable than it had been in decades and it didn’t take much to push them over the edge. They were scared and saw what they were afraid to see.”

“With the war with China driving markets onto a knife’s edge, it was only by stringent measures that the world economy had not plunged to its death like Icarus. Integral to preventing the long fall was keeping the oil flowing. Combat and convoying was consuming every warship available, so now the Marine SHEILD teams were needed to pick up the slack.”

“At the Moral Level” by MAJ Ian Brown, USMC

“The gear was good but as Colonel Ellis repeatedly emphasized, equipment wasn’t the end state. It was an enabler, to help position them where they could open the fight at the ‘moral level,’ as Ellis called it. Once Sammie’s battalion mastered the equipment, they trained to their real purpose: sowing discord and mistrust inside an adversary’s organization.”

“A short jerk then a pause and then the command column lifts off of the silo. I click the internal destruction switch and as we pull off and out to the container ship waiting for our team off in the Mediterranean. There is a flame up and then implosion as the charges blow the silo, and then the wracking of the earth as the mines deployed around the silo all go off. The earth churns around in the area and collapses to erase evidence that the silo had ever been there.”

“Bean looked at his computer again, checking the targeting interface. ‘We’re going to be fine. Space Ops approved the strike package, and their cyber guys already did their recon; we’ve got this in the bag. All I have to do is push a button, and we’re golden.’ He gritted his teeth. ‘And stop calling me Shatner.'”

“<Have a safe flight, sir.> Kuma flipped the friction switch on the bike and stepped down hard on the pedal, charging the battery. Seniority meant that Staff Sergeant Townes would assume command of the Group, with Sergeant Alba stepping up, which would put Kuma in charge of FOB Village. He glanced not once at the sky as he pedaled. The cat IV UAV was out of mind before it was out of sight.”

“Safely concealed in dense brush a half click from the camp, Doug and the 18-Bravo rapidly selected targets with their augmented reality goggles, which were now streaming 4k ultra high definition video of the camp onto their retinas. Most of the targets were easy to distinguish from the diggers and other non-combatants, as each one carried a long gun. Doug was especially careful to avoid selecting the man with the olive green combination cover adorned with scrambled eggs.”

“Today was the first deployment of the technology. It was meant to be a test in a controlled lab to see if its power was as grand as they all thought. The timing was odd; it was six in the morning. This was something that PLA and her superiors at MSS insisted upon. She wasn’t sure what was truly going on, but she had a sense something much larger than her quantum machine was at play.”

“The blast was deafening and Hassan’s head snapped to the right as a metal shard buried itself in his Kevlar helmet. He heard Dunleavy grunt to his left and was vaguely aware of the XO down on the deck to his right. Two sailors on the flight deck with an M240 machine gun engaged the RPG team, tracer rounds reaching out before the Chinese could reload.”