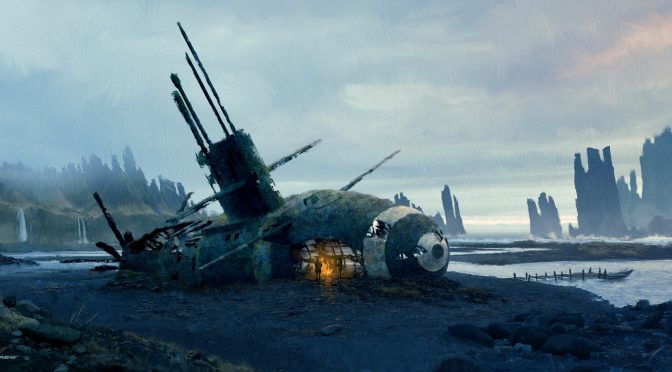 In response to our Call for Articles, talented writers explored various national security themes through fiction. From future undersea warfare to unmanned tactical scenarios, authors envisioned the complexity and confusion of future conflict with incredible imagination. Read on below to see the stories featured. We thank the authors for their writing.

“We were keenly aware of adversary developments, particularly with the PLAN. The intelligence we’d been receiving on the Shāyú was spotty, but given China’s public successes with Haiyi gliders and deep diving vehicles like the Hailong III, as well as their commitment to an Undersea Great Wall, we were fairly confident that not only did the program exist, but that it was in all likelihood operational. And it wasn’t long before our suspicions proved correct.”

“It had begun like all wars, with failed politics. The first failure was in the fragile coalition that was Europe. The Donbas Autonomous Republic had asked the Russian Federation for “fraternal assistance.” The Ukrainians, by now used to French wine, Greek music and American TV, called on NATO. The Poles had responded, the Marines had landed at Odessa, and the Russians were rolling forward, when it happened. The General Assembly unanimously resolved that if the two blocs resorted to war – or violence in any form – they would be ejected from the world body, which would reconstitute in Beijing and isolate them both with the mother of all embargos. The president, after some initial waffling, agreed. Yet somehow, Ukraine had to be resolved; and the troops were already there.”

“The Mk.2’s AI pulled information from Grasshopper 7 and its own sensors, overlaying the convoy’s turn, and projecting forward. Three threats, the Mk.2 AI decided, and it dived and launched. Six ‘Silverfish’ torpedo interceptors raced out from the Mk. 2, closing in on the inbound torpedoes. The Captain looked on from the bridge. By the way the Mother Hen’s torpedoes were dodging, it was obvious they were outdated; clearly the Russians had underestimated the convoy’s defenses.”

A Captain’s Revenge by Duncan Kellogg

“While the Captain was an aggressive man, he was not without caution. The Fateh had been slowly moving from point to point off the Iranian coast in order to remain undetected while it scanned American and Saudi vessels. To Ahmadi’s surprise, he had not yet seen any indication that the Americans had even the faintest idea that they were there. Just as this thought left his mind, Ahmadi saw a new contact appear on his passive sonar display.”

“The enemy knew now that the ABs were gone, and decided it was time to finish us off. Our remaining eyes in the sky winked out. Back on auto engage, the remaining PD stopped waves of incoming projectiles and drones, but it was going to run out of ammo soon. When I could open my left eye through the pain, I saw the ammo status steadily dropping. Garcia still had her rifle attached to her suit, but it wasn’t going to help in this onslaught.”

The Great Pacific War: Requiem in 2030 by Walker Mills

“The enemy ship indicators on the tablet started to disappear. Elrod could now see the dim glow over the horizon of the burning fleet. This is for the John C. Stennis and the John F. Kennedy. After two decades of fait accompli aggression the president outlined a new policy of preemption and escalation in a speech at Annapolis, new weapons alone could not effectively counter aggression. The Chinese fleet ostensibly sailing to evacuate Chinese citizens was the first victim. The president had decided that 15,000 Chinese soldiers weren’t needed to protect a few dozen tourists and he wouldn’t wait until after it was a clear act of aggression. So he sent in the Marines.”

“The flight is nearly over and I can tell from her relaxed posture that she knows she has passed. As far as she is concerned, all she needs to do is fly straight-and-level back to Whiting field. I almost feel bad about what I am going to do. In about fifteen seconds, the time it takes to hit the ground from 700 feet, we are both going to find out how good of an instructor I am.”