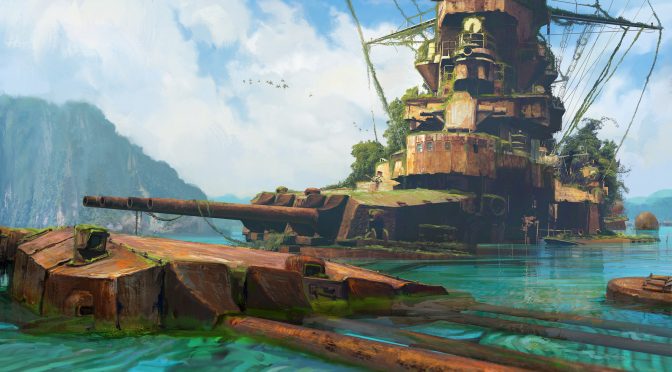 In response to our Call for Articles, talented writers submitted fictional short stories that sought to envision the unique challenges of future conflict and the enduring relevance of the human element. Others sought to delve into individual emotional trials that accompany national security imperatives. Read on below to see the stories featured.

“Jonas could have been frightened at the idea; mustered some measure of apprehension at the notion of an underpaid meteorologist being placed in charge of a multi-million dollar piece of experimental equipment. There was even the potential for him to be astounded that leadership had ignored his words of warning as to just how bad of an idea this was. Instead, Jonas was hungry.”

“Nancy heard the crowd rustling and murmuring more. Words like ‘overdue’ and ‘Scorpion’ escaped their lips, but the words felt heavy in her ears –weighed down with their innermost thoughts. She didn’t know why they worried so. She knew her daddy would be there soon.”

“’Confidence level?’ asked SC Lamb, although his gut told him they were right. Burrows was a pro who had grown up doing field work in the age of AI. He was trained never to make any break in his physical pattern when operational because the machines were always watching. But something had thrown him for a half second and then he had veered across the flow of traffic in an awkward manner. It was enough.”

The Battle of Locust Point: An Oral History of the First Autonomous Combat Engagement by David Strachan

“The Chesapeake Bay Incident, as it became known, was a harbinger of things to come, for just ten weeks later, as crowds descended on Baltimore Harbor for Fleet Week and the commissioning of the U.S. Navy’s newest destroyer, USS Zumwalt (DDG 1000), Russian and U.S. microsubmarines would square off just beneath the surface in what would be the first combat engagement of the autonomous era, the Battle of Locust Point.”

North of Norfolk by Hal Wilson

“‘We suffered some damage in our last patrol,’ she explained, ‘a shockwave from close in on the port side. It’s caused some damage to our propulsion. But Keegan’s deputy had to stay ashore with some kind of duodenal, and we don’t have our usual complement of senior technical rates. So, without Keegan, we don’t know how to fix it. At this rate, we’ll be doing bare steerageway all the way home.’”

“Onboard each ship in the task force, smuggled in by contractors by flash drives, was a virus waiting for this moment. In the first few milliseconds all the task force’s early warning alarms were shut off by the virus, so fast that the crewmen standing watch on the bridge wouldn’t have noticed even if they had been paying attention. At the same time, hours of previous uneventful sensor data was fed back to the task force’s radars by the virus. The watch was still blissfully unaware of what was to happen. Outside the weather was still clear and beautiful.”