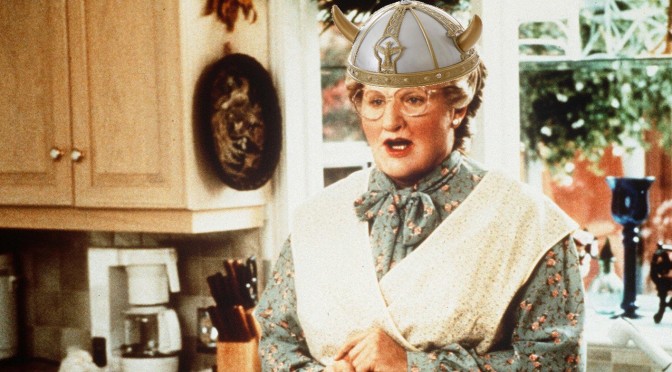 The “Sacking of Rome” series continues with this fifth installment.

Much is made of the imagery of barbarians storming the gates of Rome. It conjures the picture of masses of foreign hordes bursting over the walls and crashing through the gatehouse, razing a great city to the ground and subjecting its people to horrible torment, slavery and death. Today we can perhaps wonder whether Slavic or Asiatic armies can overwhelm a crumbling Western alliance, subduing Western Europe, the United States and our allies in Asia, achieving decisive victory. While this may make for popular filmmaking (see “Red Dawn” – the original, not the awful remake), it is hardly likely.

Consider the etymology of the word “barbarian.” The ancient Greek word, “barbaros,” literally meant “non-Greek,” and was used to describe any foreigner, which to the Greeks would include such advanced civilizations as the Egyptians and Persians as well as the uncivilized tribes they came into contact with. Its direct antonym is “polites,” Greek for “citizen” and where we get our words “polity” and “politics.” To be a barbarian meant more than just being uncivilized, it meant that you were not a citizen. The word would become a pejorative used by the Greeks to even describe other Greeks, suggesting they were not worthy of citizenship, and the responsibilities that would come with it. This would be an important distinction from the word “subject,” used to describe an individual who is subjected to the rule by elites, such as feudal subjects.

No one better understood these distinctions than Alexis de Tocqueville, who in his magisterial overview of the American polity Democracy in America[i] identified the mores, or the “habits of mind” that served to protect the political liberties that mid-19th Century Americans enjoyed. These mores and habits can be best thought of today as “the whole moral and intellectual state of the people,” or our national character. He observed that institutions such as our political order – republican democracy – as well as the rule of law, religion, family and private associations (what Edmund Burke would call “little platoons”) created a network of self-reinforcing pillars that permitted the continued growth of freedom and served as America’s greatest source of national power.

Tocqueville was quick to point out the vulnerability of a “democratic social state like that of the Americans [to] the establishment of despotism.”[ii] Unlike the time of the ancient emperors of Rome or Persia, where “the details of social life and of individual existence ordinarily escaped his control” the despotism that America was particularly vulnerable to “would be more extensive and milder, and it would degrade men without tormenting them.” He goes on at length to define this form of despotism. As the citizenry begins to “fill their souls” with “small and vulgar pleasures,” it begins to withdraw from the institution that buttress republican democracy, “becoming like a stranger to the destiny of all others.”[iii] The American will “exist only in himself, and for himself alone.” He will elevate the role of the federal government to “take charge of assuring their enjoyments and watching over their fates.” It becomes “absolute, detailed, regular, far-seeing and mild. It would resemble paternal power if, like that, it had for its object to prepare men for manhood; but on the contrary, it seeks only to keep them fixed irrevocably in childhood …” The purpose of the government, and the bureaucracy that underlies it is to “willingly work for their happiness, but it wants to be the unique agent and sole arbiter of that [emphasis added]; it provides for their security; foresees and secures their needs, facilitates their pleasures, conducts their principal affairs, directs their industry, regulates their estates, divides their inheritances, can it not take away from them entirely the trouble of thinking and the pain of living?”[iv]

In short, Tocqueville is warning not against the rule of tyrants, but of “schoolmasters.”[v] The schoolmaster “does not break wills, but it softens them, bends them, and directs them; it rarely forces one to act, but it constantly opposes itself to one’s acting; it does not destroy, it prevents things from being born; it does not tyrannize, it hinders, compromises, enervates, extinguishes, dazes and finally reduces each nation to being nothing more than a timid and industrious animals of which the government is the shepherd.”[vi]

How can this happen? People have two conflicting desires, the “need to be led and the wish to remain free.” We foolishly try to satisfy both at the same time. We demand that the federal government continue to centralize more power and control over the most intimate parts of individual and social life, in tutelage to our schoolmaster, while consoling ourselves “by thinking that [we] had chosen [our] schoolmasters” in our national elections. We become deluded in believing that we have “guaranteed the freedom of individuals well enough when [we] deliver it to the national power.”[vii]

A “schoolmaster” form of absolute federal power – commonly known today as the “nanny state” – has profound implications on the character of the American polity. It would be hard to argue that we are not in danger of falling into the soft despotism that Tocqueville warned about before the Civil War. If his warnings are true, then as Americans shed their sense of rugged individualism and self reliance, we would expect to see more dropping out of the workforce, finding it easier to accept wealth transfers from those who still continue to produce. We may find the expansive reach of government into all aspects of private life, from what we consume to our very own health. Even the nature of private and business relations will become matters of the state. Perhaps we will see a growing sense of narcissistic entitlement seep into the public culture and consciousness, eating away at the very mores that Tocqueville lauded as uniquely responsible for our republican democracy. Media, corporate and government elites will align to maintain a hold on that public consciousness (and power over the federal government), fundamentally altering the narrative of “American exceptionalism” so that we consider our nation just one of many, no better and often worse.

To the more immediate topic at hand, a nation fixed irrevocably in childhood will begin to face significant obstacles to maintaining the military power and strength necessary to keep its status as a world super power. It would not cease to exist or become absorbed by another country. Instead, it would slowly decline to a position of near irrelevancy, unable and unwilling to affect events on the global stage beyond the perfunctory speech and endless diplomacy. To be a super power is very hard work, and requires not only sacrifice and commitment, but a sincere belief in the mission and purpose of maintaining that status. It requires a nation of adults.

There are many potential military “game changers” today, from nuclear rogue states to far reaching anti-ship cruise missiles, anti-satellite weapons, swarm boats, electro-magnetic pulse weapons and cyber attacks that could all be destabilizing and devastating. Changes in military hardware and the strategies and tactics used by our adversaries who employ them are nothing new however. Nor is the ability to adapt to those changes, even after suffering a defeat. Victory in war has more to do with popular will than it does with hardware. Some new “out of the box” strategy, tactic or toy will always be adapted to eventually. Defeat on the battlefield, or even in war, is “transitory” as Clausewitz notes, with the adversary often just biding time until political events can cause him to rectify the situation.

The American military is reflective of its population, and as our national character changes, the military will change accordingly, over time and albeit slowly. Nations that choose the path of decline do not maintain a dominant military force. Its power, much like the “habits of mind” that Tocqueville wrote of, will erode if not nurtured and sustained.

So, to answer the question of how might the U.S. find itself sacked like ancient Rome should be one of introspection and self-evaluation. I posited a few of the many indicators that, if the great Frenchman’s warnings are true, we should begin to see, perhaps in our own lifetime. No doubt there are others. But the point remains that we probably need not fear potential barbarians at our gates, but turn our attention instead to the barbarians we may become.

Robert “Jake” Bebber is an information warfare officer. He holds a doctorate in public policy from the University of Central Florida. He lives in Millersville, Maryland with his wife, Dana and their son, Vincent. The views expressed here are his own, and do not represent the U.S. Department of Defense, Department of the Navy or the U.S. Cyber Command. He welcomes your comments at jbebber@gmail.com

9 thoughts on “And If We Became the Barbarians…”