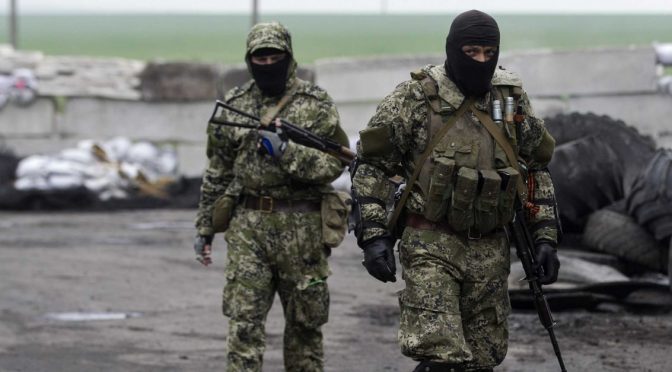 The boundaries of war have widened significantly with the technological investments each new era brings. Some believe war has lost the boundaries it once possessed, prompting an adoption of what some see to be a new way of war. The idea of “hybrid warfare” has become the 21st century political obsession, and allegedly poses a problem for the United States’ military strategy against growing powers like Russia, China, and even non-state actors like Daesh. While it may be true that the U.S. has reached a difficult point in foreign relations, the notion of “hybrid warfare” poses a fatal threat to U.S. security only so long as it continues to be hyperbolized. By deconstructing the idea of hybrid war, the U.S. can better articulate an effective form of strategy, like budget reform and multilateral cooperation, to address inherent threats without the fervor created by the exaggerated significance given to this dystopic concept.

Using analyst Frank Hoffman’s definition, “hybrid warfare” is “a tailored mix of conventional weapons, irregular tactics, terrorism, and criminal behavior in the same time and battlespace to obtain [a group’s] political objectives.” Despite the new-aged prominence political analysts are assigning to it, hybrid warfare does not entail anything the international community has not contended with before, having previously named similar conflicts “compound war.” For example, the rape and trafficking of thousands of women by Daesh is a component of their hybrid strategy. Yet, this cultural weapon has been systematically enforced from the top down in cases like the Dirty Wars, the Bangladeshi Liberation War, and the genocidal rapes commissioned by the Serbian forces. It seems that the narrow difference to justify a new slogan is the modern technology and information systems being used today. Yet, even the effects of these systems seem to be exaggerated. The supporters of this “new” concept point to the use of unmarked “Little Green Men” by Russia in the annexation of Crimea. However, the conditions in which Russia obtained Crimea are hardly innovative, nor are they indicative of future reproductions. In fact, Crimea supported a large population that held pro-Russian sentiments, and Russia possessed an “in” in the form of the Sevastopol base in southwestern Crimea. Furthermore, the divestment of patches hardly speaks of a new tactical form of war, and is instead more indicative of the high-end special forces operations the U.S. has long participated in. If anything, the focus on hybrid warfare as a new concept has hindered the U.S. by implying the existence of a new strain of conflict to be addressed. Aggressors like Russia and China may wave shiny new toys under the eye of the Western allies, all while operating in simultaneous spheres to achieve their political aims; but the reality is, they are not moving too far from the conventional and irregular methods of past conflicts. The U.S. should look at aggressors not as innovators, but as exceptional strategists recycling old algorithms of war to appear unrecognizable. When the U.S. can step out of the dystopia painted by the terror of a new form of war, it will see that current threats have not deviated from the path of history.

The U.S. must change its force structure to meet all potential threats and achieve its desired interests for order and protection. Threats can emerge from different categories, ranging from great powers to rogue states. As a global hegemon, the U.S. has the need and capability to address all of these threats, but must maintain a flexible force structure to meet demand. Currently, primacy – the preservation of current U.S. hegemony – is the most beneficial and cost-effective way to ensure the peace of a liberal world order. The U.S. defense budget should reassess its priorities to achieve this grand strategy. While the current budget still supersedes Cold War and WWII numbers, just over $600 billion, its priorities reflect the misleading understanding of today’s inherent threats. For example, the U.S. expects to spend up to $1.45 trillion on the F-35 Joint Strike Fighter , technology that has proven to be unnecessary and fraught with developmental problems. Alternatively, funds should be appropriated to much needed naval technology, like littoral combat ships, to preserve U.S. power projection in the Pacific. Instead of cutting active-duty soldiers, the U.S. could increase ground forces to meet the demand for land based warfare, reflected in the guerilla attacks from non-state actors and conventional training in Russia’s military. An investment in Army, Marine, SFO, NGO, or human intelligence programs, is a much-needed element of our force structure to combat the cultural strains of war the U.S. is facing. The U.S. needs to step out of a technocentric mindset, reallocate funds being spent on imprudent technological programs, and invest in areas like training for protean threats and power projection abroad. For example, in addition to the investments in navy technology that would increase intelligence capabilities in the Pacific, the U.S. should secure ties with states near the South China Sea, “possibly including new U.S. deployments or even bases,” to provide a firm resistance to Chinese expansion. A benevolent flex of power not only deters feasible revolution, but also allows for our allies to shoulder a part of the cost to police that region.

Overall, the terror brought about by the phrase “hybrid warfare” hasn’t been constructive for U.S. foreign policy and security. Discussing current threats in this way distorts the role advanced technology and war strategies are actually playing in the international community. By deconstructing hybrid warfare to its parts, it becomes easier for the U.S. to adapt military strategy to meet those specific avenues of conflict. While the U.S. should not anticipate any serious oncoming threats to its security, it should still work to ensure its global primacy and future well-being through revising the budget and securing ties with states abroad.

Rebecca Farrar is a Senior at Baylor University in Waco, TX. Majoring in Political Science and minoring in Women’s and Gender Studies, she has been involved in many political and activist related organizations on Baylor’s campus. She has served in groups like the Baylor Democrats, the campus feminist club, Baylor Undergraduate Student Senate, Baylor University Mock Trial, and the All-University Civil Rights Resolution Committee. In addition to feminist activism and campaign work, Rebecca enjoys reading, traveling, and keeping up with her one-year old dog and sidekick, Penelope. Rebecca will be moving to NYC in the fall to pursue her law degree at St. John’s University School of Law, where she hopes to develop the skills to work specifically with crimes against women and children.

O’Hanlon, Michael, and David Petraeus. “America’s Awesome Military And How to Make It Even Better.” Tomorrow’s Military. Foreign Affairs, September/October 2016.