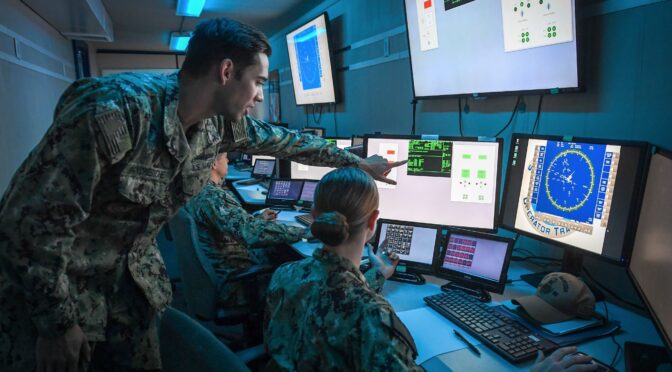 Too often U.S. Navy training in general, and surface naval tactics specifically, boils down to what can be captured in a Personnel Qualification Standard (PQS). PQS is a training system that nominally represents the theoretical baseline required to achieve a given qualification, but in practice can become so lengthy and arduous that it comes to represent the peak of training that a candidate for qualification will ever achieve. At the same time, they are immediately expected to train new candidates in the same material they have just supposedly proven their understanding of. This system, while it has in some ways achieved the desired goal of standardization across the fleet, is still suboptimal in that it practically requires constant repetition of the content of the PQS at the expense of expanding knowledge in any relevant professional naval field according to interest and possible necessity.

The process of time spent on qualification is certainly valuable. The problem is the insidious and false sense of security that comes from using PQS to make naval warfare professionals personally responsible for a broad set of knowledge, and without a formal continuous education program to expect them to maintain and expand their skills and knowledge throughout their career. Many aspects of naval warfare can hardly be categorized as a science, especially in the age of missiles, and as such, the knowledge required to be effective in fighting naval battles throughout a career can never be captured by a PQS.

The solution, however, is not to completely discard the current qualification system. It should wherever possible be simplified into its most essential form to carry out basic operations of a given tactical watch. More critically, the Navy can implement additional requirements to carry out more regular interest-based or subjective learning to maintain the qualification. For example, a tactical white paper, presentation, or design of an exercise could fulfill this continuous education requirement and provide concrete professional incentives for tactical self-study practices. Such an approach could be considered similar to the way scientists and engineers at National Research Laboratories are required to periodically publish papers in their field.

To be of greatest value to the broader fleet, the products of the proposed continuous education need to be in a form that can be readily used by operators in the field. In most cases this would exclude obscure mathematical proofs and fundamental research that are challenging to apply practically within the pressures of fleet operations. Instead, there should be a designated set of formats and rubrics to be controlled by leaders in the various warfare communities, for standardization as well as convenience in developing effective and actionable research products.

The various warfare development centers (such as SMWDC and UWDC) would need to have designated authorities to judge the products, which may include the designation of appropriate lower authorities onboard ships or local to the force’s basing with the use of rubrics or judgment criteria promulgated by the warfare centers’ subject-matter experts. Promulgation of the standards for tactical research would need to include not only rubrics, but also accepted formats for presenting research to encourage and support tacticians whose ideas would appear to be constrained by a primarily written format. This method grants even greater authority to warfare development centers as a marshal of research and tactical development for their communities. These warfare centers would draw on this much wider base of research, while additionally creating a platform for further fleet-wide development from the reviewed and collated products as tactical research becomes an integral part of advancement in Unrestricted Line specialties.

A white paper is a good example of the format of the research produced, although there is no reason it should be limited to this. For the sake of definition in this context, white papers are often produced in the technical/commercial sector as a loosely-defined set of proposals and practices for applying a certain product, business process, or scientific concept. This format could also be the simplest, minimal requirement product for conveying a new tactical concept developed by a practicing tactician. The rubric for this level of product would define the required rigor of investigation to be accepted by the warfare community reviewers – similar to the peer review process in the academic world.

However, the review and scoring process would have to be more constrained than similar academic processes, for which the rubric would be an important tool. For example, white papers could be scored by the realism of the tactical situation being analyzed, sufficient reference materials included, relevance of included datasets, feasibility of testing the concepts developed, and novelty of the proposed concepts. It would be important that the formalized aspects of designated formats and rubrics are well-defined enough to ensure rigorous research processes, but not so strict that they do not promote innovation.

There are different methods to decide when and on what topics research papers should be produced. One way could be for the warfare centers to solicit papers from the fleet according to their understanding of their own requirements at that time, another would be to review and accept input on a continuous basis, or specific prompts could be issued that could be answered by tacticians and judged on a competitive basis. Any accepted products, to be used as a foundation for further research, should be hosted on systems at their various classification levels (as required by the subject matter) for reference.

With the well-understood but flexible concept of the white paper as a foundation, other formats could be tested, defined, and promulgated as the tactical research ecosystem matures. Longer, more formal works such as TACMEMOs or revised sections of Warfare Publications could also be subjected to the same review and acceptance process, but the value in implementing this proposed system would be in collecting new ideas and concepts in the early stages of development for further refinement and ultimately incorporation into existing doctrine.

The research goals would not be to continuously reinvent U.S. naval doctrine or the publications by which it is communicated, but rather to infuse increased innovation into the existing framework. To accomplish this end, more creative formats must be offered for communicating early-stage tactical concepts. Wargames with situations created, arbitrated, and played by tacticians at all levels could be one method. The end product would then be an introduction to the game, narration of the gameplay as it developed, and analysis of the results. Similarly, tactical experiments may be designed and conducted in simulators to test specific employment of weapons in various situations, and the same wargame commentary provided to communicate relevant conclusions. Development of hypothetical training exercises could be a good way to better understand where the operators in the fleet determine they have greater need of training and demonstrate understanding by naval tacticians on how to analyze the actual capabilities of the fleet from those exercises. Analysis of historical battles, although there is already much of this medium in existence, could offer another avenue for codifying lessons of history that could be applied to modern tactical thinking. All of these formats, no matter how forward-leaning, would need to be supported by sufficient data and research as defined by the responsible reviewing authorities.

It is difficult to say whether making such research a formal requirement would be feasible anytime in the near future, but it can be hoped that if the proposed system were introduced that it would be so advantageous for advancement that it would become common practice. The real purpose of implementing this modest alteration to the tactical learning system would not merely be the actual knowledge gained or products of the research conducted, even though they would of course be valuable. More significant would be the creation of a broader culture among naval professionals that there is no end to our lack of understanding of our adversaries or the nature of naval warfare itself. As Commander Frank Andrews emphasized, “one strives in peacetime, not for complete and lasting tactical solutions, but only for the creation of a corps of courageous, willing, and thinking people who can solve these problems in war.”

When we understand how truly limited our knowledge is and always will be, then we can start to guide ourselves naturally toward a deeper understanding of the nature of naval warfare. A culture of constant learning according to the practicing naval tacticians’ own analysis of necessity of deeper research, learning, and exploration of the aspects of warfare will naturally lead to a stronger understanding and application of tactics as a whole in the Navy. Ideally, the long-term outcome would be a generation of naval leaders who truly see tactics and naval operations as central to their profession, and throughout their careers are immersed in profound contemplation of improving of the mental methods available to them in the pursuit of tactical excellence.

Benjamin Clark is a Professional Electrical Engineer, and Lieutenant in the Navy Reserve. He earned his Master’s in Electrical Engineering from University of California, Riverside with a specialty in power systems and electrical power markets, and is a 2012 graduate of the U.S. Naval Academy. His views are his own and do not necessarily represent the official views of his employer or the government departments he is associated with. He can be contacted at clarkbenjamin71@gmail.com.