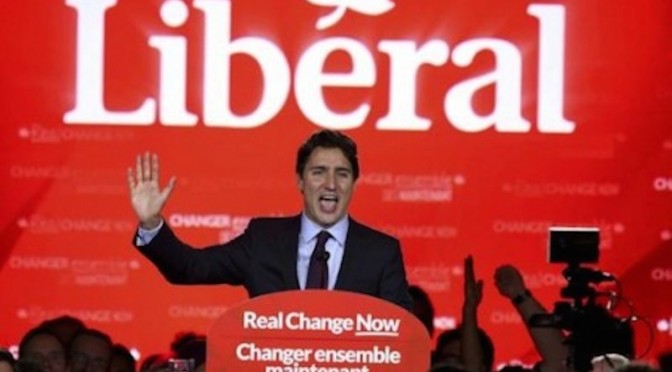 The following piece is cross-posted from our partners at the CDA Institute. You can read the article in its original form here.

The Liberal Party election platform outlines a number of policy intents that will clearly shape the new government’s approach over the coming four years. In the section called “Renewing Canada’s Place in the World and Strengthening our Security,” the Liberal platform contains a mix of defence policy, foreign policy, and, to a lesser degree, national security policy promises. It’s an eclectic offering spanning what are actually three very different policy areas that require different approaches to formulating a way ahead.

Defence policy has a long-​term horizon and defines what defence capabilities the nation intends to acquire, maintain, or divest, and aligns these ends with the necessary ways and means. Decisions taken by past governments have already largely delimited the military options of the new Liberal government, and its decisions will in turn define the military options available to future governments. Consequently, maintaining reasonable stability in defence policy through successive administrations is very much in the nation’s interest.

How a government uses Canada’s military capabilities is not a question of defence policy but rather foreign or national security policy. It is not evident from the Liberal platform that its framers fully understand the differences between them, given the degree of intermixing of commitments across all three policy areas. This illuminates the new government’s first challenge: avoiding policy incoherence, or even contradiction, that may hinder its ability to act confidently and competently on the international stage, or to establish durable national policy directions.

The most obvious example is the commitment to undertake “an open and transparent review process of existing defence capabilities, with the goal of delivering a more effective, better-​equipped military.” While a very laudable and welcome commitment to strategic defence policy renewal, it is unfortunately undermined by other commitments that effectively set arbitrary boundaries, which could make it much less “open and transparent” and may render it un-​strategic.

Issues include a funding envelope that is predetermined (and unchanged from the previous government’s plan) alongside promises of substantive improvements to the Canadian Armed Forces (CAF). These are to be achieved by freeing up resources through, among other measures, efficiency improvements inside the Department of National Defence and exiting the F-​35 program. However, the chances that adequate financial flexibility can be created in this way are very low. Expectations for substantial savings from an alternative fighter platform are unrealistic, as noted by Richard Shimooka and Jeff Collins – a conclusion supported by Auditor General and Parliamentary Budget Office reviews. It is unfortunate that the Liberal Party did not apply the same costing discipline underpinning these studies when developing its cost-​savings estimate.

Similarly, as I have previously shown, digging measurable savings from the defence budget through internal transformation is a difficult, long-​term, dollar-​by-​dollar process. It won’t generate large sums quickly. Savings can be extracted by the more usual expedient of fiat, but only at the cost of further eroding the ability of National Defence to do its job of generating and sustaining military forces.

A viable answer to the funding-​capability gap does not lie in picking a different fighter aircraft or lopping perceived “tail” off National Defence. It can only be found in a combination of: (a) improving the efficiency with which the government translates “bucks” into “bang” and (b) bringing the government’s appetite for maintaining CAF capabilities into line with the level of stable funding it is prepared to commit.

To the Party’s credit, the Liberal platform does recognize the need to make strategic changes in both areas by committing to a defence policy review and improving defence procurement, but it pins too much hope on quickly finding economies within the existing defence budget to resource new investments. A more realistic approach would involve examining and reforming the Government of Canada’s business model for managing defence capabilities over their full life cycles, including the procurement function,

faster” and to have “vigorous Parliamentary oversight” needs a much more concrete action plan if measurable improvements are to be made in defence capability and resource management. Real change will require serious reform of the business fundamentals within the Government of Canada, which can only be done within a sustained, non-​partisan effort by Parliament and, probably, several successive governments.

The Liberal Party platform is, naturally, a political document aimed at marketing the Party to the electorate. It is not a policy document, so it would be unrealistic to expect it to present a clear, well-​defined, strategic framework on these key issues. Nevertheless, it does tell us a lot about how the new government is likely to proceed, and suggests where it may run into some of the same pitfalls its predecessors have encountered.

The platform presumes what are likely unrealistic prospects for quickly finding substantive savings from defence transformation and exiting the F-​35 program. The government will soon run into this reality, and its response promises to reveal a great deal. If it simply extracts savings from other areas of National Defence by fiat, it will be following the traditional practices of most previous governments and Canada’s defence capabilities will continue their steady, slow, largely hidden erosion. If they face the realities and launch a serious defence policy review that results in a more sustainable alignment between defence funding and CAF defence capabilities, they will place the nation on a much improved footing for the future.

A refocus from “hard power” to “soft power” will also need to be carefully watched over time in order to gauge whether it enhances, diminishes, or simply changes Canada’s ability to influence global events. The impact on the CAF will also need to be observed. Mounting and sustaining a larger range of very diverse but smaller non-​combat missions could be either good or bad, or perhaps both or neither, from the point of view of preserving the core capabilities of the nation’s force of last resort.

Finally, the commitment to be better than the Conservatives at managing defence procurement and the wider defence business are unlikely to be realized without a major renewal of key parts of the basic machinery of government. There are no indications that the new Liberal government understands this fact any better than its predecessors. Also, any such renewal is unlikely to be implemented within the mandate of any one government, leaving little incentive to undertake it. Perhaps the best that can be hoped for is that new government starts to set the conditions for Parliament to finally work on the problem.

Colonel Charles Davies (Ret’d) is a CDA Institute Research Fellow and a former Logistics officer who served for four years as the strategic planning director for the Material Group of the Department of National Defence and three years as the senior director responsible for material acquisition and support policy in the department.