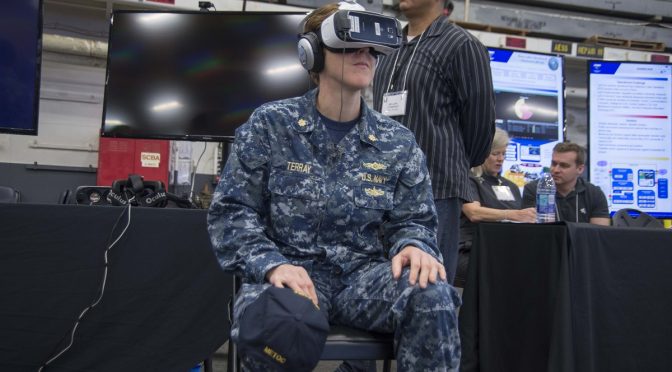 Last month, Roger Misso published an article on this site entitled “What Happens to Naval Innovation Deferred?” and this post addresses a number of the points raised in that submission.

First, I would like to thank LT Misso for caring enough about our Navy to convey his thoughts and recommendations through his writing. Further, I would like to commend him for having the courage to stake an opinion and share his viewpoint.

I strongly agree with him regarding several items in his post:

-Sailors are the Navy’s asymmetric advantage.

-There is a groundswell of positive disruptive thought that exists around the Navy among Navy Sailors and civilians who all want the Navy to sustain its primacy.

-It is important for leadership to exemplify the phrase “we’ve got your back”…innovators need top-cover from the highest levels.

LT Misso is correct that:

-The CNO’s Strategic Studies Group (SSG) is coming to a close.

There are reasons for each of these actions but please rest assured that it is not a rejection of the innovative efforts going on across the Navy.

Innovation has gotten a lot of press globally in the private sector as well as in military circles, and for very good reason. Technology is changing faster than ever before. Product development cycles are shortening in virtually every business. Competitiveness is often seen as being a function of capturing this innovation.

One caution is that we must be wary of “innovation” becoming a trendy buzzword or perceived panacea for the future as we ride the wave of its popularity. That could make it go the way of other transformative movements such as the Revolution in Military Affairs, Total Quality Leadership, etc.

We must remember that at the heart of the change we seek is disruptive thinking that continuously improves the naval capabilities we deliver for the joint force and nation.

This can only be achieved with a fresh approach to learning and a fundamental culture change to the cycle by which we learn.

Here are but a few of the actions, both grassroots and leadership sponsored, that are occurring across the Navy:

To be clear, we need every Sailor, active and reserve, to willingly jump in to High Velocity Learning – to be bold, to proffer fearless ideas, and to be willing to dare and drive the Navy forward. As CNO says, “if you are waiting for your High Velocity Learning kit to come in the mail, you are going to be sorely disappointed…because that’s not how this is going to work.” This effort requires us all to play an active role.

Navy leadership will have your back and provide appropriate forums to bring your ideas – whether they be products, policies or a different way of thinking – forward for us to experiment with or prototype and then assess its ability to become a best practice for the whole Navy.

Our goal is to capture the innovative spirit endemic to the way the Navy works. The Navy has been on the leading edge of innovation for centuries and it is my job to keep us on that cutting edge because, as Roger stated, our people are our talent and our “asymmetric advantage today” well into the future. We have come a long way from the days of sail and steam to all electric warships with integrated power systems that will support energy weapons like LaWS and the electromagnetic railgun. More examples of innovation can be found in our history in carrier aviation to the cutting edge work we are doing now in additive manufacturing, which has been developed through a grassroots effort.

Thank you again to Roger and the many others who continue to push ideas (and when appropriate, concerns) forward. This is an effort we all must play an active role in advancing.

This article has been updated with the status of Deep Blue, and provides additional details on ongoing efforts regarding innovative thinking inside the Navy staff.

Vice Admiral Philip Cullom is a career Surface Warfare Officer with more than thirty years of naval service. He currently serves as the Deputy Chief of Naval Operations for Fleet Readiness and Logistics where he serves as the uniformed point person for naval innovation and creativity for the OPNAV and Secretariat staffs.

One thought on “Learning to Innovate”