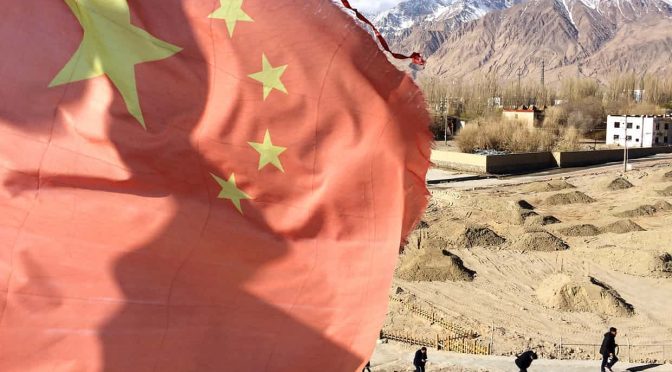 What could and should the United States do if the Belt and Road Initiative collapses?

By Tuan Pham and Grant Newsham

More and more China Watchers, to include these two observers in Japan, are having increasing doubts about the Belt and Road Initiative (BRI), Beijing’s trillion-dollar wide-ranging infrastructure enterprise that spans across Asia, Africa, Europe, Oceania, and the Americas to elevate Chinese global economic and political standing. The grandiose national plan seeks to make a lot of money, acquire more resources, gain additional power, and expand influence to advance Beijing’s strategic ambitions of national rejuvenation (the Chinese Dream) and ultimately global preeminence – or even better, dominance. So what if these pundits are correct and the possibly over-leveraged BRI continues to underperform and not deliver the promised returns, receive increasing political backlash (buyer’s remorse over crushing debt burdens), and eventually collapses? What are then the ensuing opportunities and challenges for America?

This two-part series is a thought exercise to engender strategic thought, dialogue, and planning on this possibility. Part one starts with making a case for a BRI bubble that may burst. In part two, each author individually offers his perspective on what America could and should do (and conversely not do) as the result thereof.

There are growing concerns of a BRI bubble that may burst, and that China’s hurried and reckless BRI investments through the years are beginning to drag down its already slowing domestic economy. Beijing reportedly is applying the brakes. Chinese officials are now expressing qualms that Chinese corporations need to be cautious on how much they lend under the flagship project, but interestingly are not mentioning how much state funding is being expended on the BRI.

Nonetheless, Beijing reportedly has begun a comprehensive accounting of how many deals have already been done, on what financial terms, and with which countries. Beijing has also tightened capital and exchange controls to better manage BRI investments out of concerns over China’s domestic financial conditions. Altogether, the moves are intended to rein in the “wild west” investing environment, hedge against an uncertain Chinese economic outlook, and curtail the worrying capital flows outside the country. Since last year, Beijing appears to be trying to bolster an apparent lagging enthusiasm for the BRI.

However, to fully understand the nature, scope, and extent of the problem, it is best to start at the beginning. In the early 2000s, Beijing implemented the “Go Out” policy, which incentivized Chinese corporations to seek business ventures abroad by providing easy credit, cheap loans, and attractive financial guarantees from China’s national banks. Ten years later, stimulated by the government-sponsored BRI and fueled by relaxed financing, Chinese firms undertook even more speculative investments based on the flawed assumptions that the BRI was too big to fail and the central government will simply bail them out if they do fail. Not surprisingly, many of these risky BRI projects have underperformed and incurred massive debts and the impacts for the Chinese banks, and through them the Chinese economy, are now becoming evident. That is why Beijing has been assertively (and some might say desperately) cajoling (pressing) other countries and international organizations to invest in the BRI – and take on some, or most, of the risk.

Many observers have long worried that the BRI (with its hidden nationalist agenda and geo-political implications) represents an economic and political power play by Beijing, buttressed by its vast monetary reserves and driven by the Chinese Communist Party’s (CCP) preoccupation with realizing its long-term goal of achieving global influence and ultimately global preeminence. But even with its immense economic power (second only to the United States), China still has its limits. Its economy is showing signs of slowing, and it is in a nascent trade war with the United States. At the same time, Beijing is struggling to tame its own mounting debt problems – problems that international lending and domestic spending sprees haven’t helped – and may even be letting up on its campaign to arrest debt growth as it faces a weakening economy at home and escalating trade tensions abroad.

Weeks before the onset of the trade war, a government-affiliated Chinese think tank, the National Institute for Finance Development, warned of impending financial panic potentially leading to financial crisis. It pointed to this year’s cascade of bond defaults, tightened liquidity, declining stock markets, and weakening Yuan. The report added that U.S. interest rate hikes and a looming trade war suggest that “the Chinese people are very likely to experience a financial panic very soon,” and that Beijing had best come up with a crisis management plan to deal with the panic.

The Chinese stock market lost two trillion dollars in value in the last six months, a worrisome economic indicator for Beijing, particularly in the midst of a destabilizing trade war that is beginning to increasingly impact the Chinese economy. The CCP’s claim to unopposed rule explicitly and implicitly depends on economic performance (prosperity), and an underperforming market is a poor reflection of its governing competence and by extension its political legitimacy. A bearish Chinese stock market is also a psychological reflection of how the Chinese people think of their current and future economic prospects. If so, once public doubt builds and takes hold, the wave of pessimism could intensify and spread, and if left unchecked become pervasive fear and panic.

The ongoing Sino-U.S. trade war is proving to be a propaganda quagmire for Chinese President Xi Jinping and the CCP, both on the domestic and international fronts. Regarding the former, they lose “face” if they say nothing or too little and they face public anger and political risk if they say too much and cannot deliver on their promises. As for the latter, Xi may have realized that jingoistic rhetoric may not be helpful and may even be counterproductive to ending the trade war on favorable terms and instead undermines Beijing’s carefully crafted international image as a defender of global trade.

The official CCP response to the trade war has aimed at depicting China and the Chinese economy as being strong enough to cope with a trade war. Yet, Beijing’s statistics bureau has reportedly published inaccurate economic data to bolster the arguably false impression that the Chinese economy is handling U.S. trade pressures well. Indeed, the CCP might be in more distress at this point if the world realizes that it has been exaggerating (bluffing) about its economic strengths and capacities to withstand a trade war, as evident by its continued “optimistic and suspect” gross domestic product (GDP) outlook despite lack of corroborating economic data and growing skepticism of Beijing’s statistical methodology.

All in all, the trade war has cornered Xi and the CCP as is evident by the changing and inconsistent public messaging and media censorship to control domestic narratives. If they cannot cope with the trade war and lose control of the aforesaid narratives, then their control over Chinese society might diminish while undermining Xi and the Party’s power and authority. If so, expect even fewer civil liberties, greater censorship, and more draconian crackdowns in the coming months to restore the CCP’s grip on public order and confidence in Xi’s leadership. The latter apparently showing some political vulnerabilities in the form of a surprising rebuke at home and telling personal affirmation of the need for resolute leadership. In recent weeks, Beijing’s government, intellectual, and media have been rife with “rumors” over leadership discontent with Xi – particularly over his bold power consolidation and brazen rollback of collective leadership norms, mismanagement of the all-important bilateral relations with Washington, and poor handling of the ongoing trade conflict with the United States.

Beijing has also embarked on an aggressive media campaign to influence foreign audiences (sharp power). The latest being a short satirical video by the China Global Television Network (international offshoot of state-owned broadcaster China’s Central Television), mocking President Trump and highlighting many of China’s concerns (grievances) in the ongoing trade dispute; and an op-ed piece in the Los Angeles Times, pushing the narrative that “the American people need to hear the truth about U.S.-China trade, instead of Trump’s charges of bad faith…despite what the president says, trade is free and fair, and these 10 points explain why.” They are:

(1) Although China, as a developing country, has higher tariffs on U.S. goods than the United States does on Chinese goods, its tariffs are still lower than those of many other developing countries.

(2) As for goods coming into the United States, inexpensive Chinese imports have helped the U.S. middle class.

(3) It isn’t Chinese barriers but U.S. export controls that limit our economic exchange.

(4) Trade deficit numbers can be deceiving.

(5) When American protectionists talk about the trade deficit with China, they deliberately ignore the U.S. surplus in “service trade.”

(6) Another thing protectionists deliberately ignore is that the sales of U.S. companies in China have surpassed $500 billion.

(8) No laws or regulations compel technology transfers; joint ventures are based on deal-by-deal negotiations and some U.S. companies are willing to transfer technology for Chinese market access.

(9) President Trump wants to stop “Made in China 2025,” the state-subsidized plan to modernize Chinese industries, and he charges China with “state capitalism.” However, Chinese subsidies are not out of line with WTO regulations, and they are available to foreign-funded enterprises too.

(10) China’s trade practices are generally in compliance with WTO rules.

This is of course better characterized as Chinese “advocacy” rife with half-truths and questionable assertions rather than a fair-minded assessment. Hopefully it is not taken at face value.

This concludes a short discourse on why the BRI bubble may burst. The dialogue sets the conditions for further discussion in part two on what America could and should do (and conversely not do) as the result thereof.

Tuan Pham is widely published in national security affairs and international relations. Grant Newsham is a retired U.S. Marine Officer and a Senior Research Fellow at the Japan Forum for Strategic Studies. The personal views expressed therein are their own.

Featured Image: A Chinese flag flies over Tashkurgan, a small town at the front line of the $62bn China-Pakistan economic corridor (Cpec). (Tom Phillips for the Guardian)