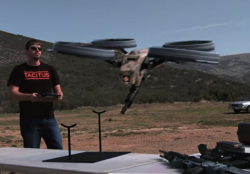 One thought on “Dual-Use Drone Swarms”