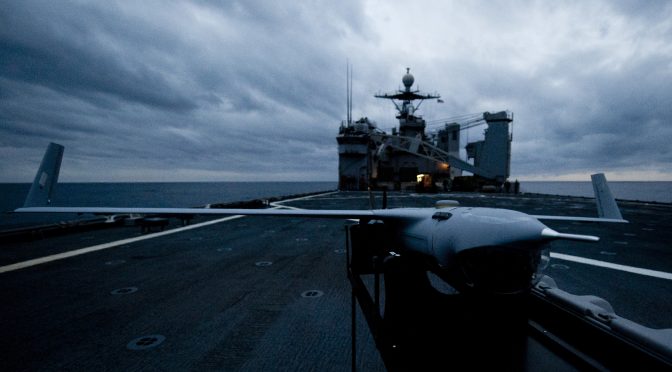 Distributed lethality was introduced to the fleet in January 2015 as a response to the development of very capable anti-access area-denial (A2/AD) weapons and sensors specifically designed to deny access to a contested area. The main goal is to complicate the environment for our adversaries by increasing surface-force lethality—particularly with our offensive weapons—and transform the concept of operations for surface action groups (SAGs), thus shifting the enemy’s focus from capital ships to every ship in the fleet. Rear Admiral Fanta said it best: “If it floats, it fights.” The real challenge is to accomplish this with no major funding increase, no increase in the number of ships, and no major technology introductions. The Navy has successfully implemented this concept by repurposing existing technology and actively pursuing long-range anti-ship weapons for every platform. An illustrative example of the results of these efforts is the current initiative to once again repurpose Tomahawk missiles, currently used for land strikes, as anti-ship missiles. The next step in the evolution of distributed lethality will be to deploy similar force packages and introduce new technology. The introduction of  Naval Integrated Fire Control-Counter Air (NIFC-CA) technology is the kind of technological advancement that enhances distributed lethality. NIFC-CA combines multiple kill chains into a single kill web agnostic of sensors or platforms. In the near future, hunter-killer SAGs will deploy with these very capable networks and bring powerful and credible capability into the A2/AD environment

The first hunter-killer SAG deployed earlier this year. It was comprised of three destroyers and a command element. This recent SAG mirrors the World War II “wolf pack” concept—not just a disaggregated group of destroyers in theater under a different fleet commander, but a group of ships sailing together with an embarked command element. The embarked command element is key because, coupled with the concept of “mission command,” it allows the hunter-killer SAG the autonomy required to fully realize effects in a command and control denied environment.

In the near future, a hunter-killer SAG will bring a more powerful and lethal force package into the fight with the partial integration of unmanned systems. A near-future force package could include a NIFC-CA capable DDG with an MH-60R detachment, littoral combat ships with scan eagle unmanned aerial vehicles (UAVs), and an anti-submarine warfare continuous trail unmanned vessel (ACTUV)- DARPA’s latest unmanned vessel built with a sensor package optimized to track submarines. These new capabilities bring  unprecedented flexibility to  warfighters, and commanders in theater will have additional options to tailor adaptive force packages based on the perceived threat or mission.

The next step in the evolution of distributed lethality will be to add more advanced weapons to every ship—from energy weapons to the rail gun—and fully incorporate unmanned systems into  future force packages. The ultimate vision is hunter-killer SAGs comprised of unmanned underwater vehicles, unmanned surface vehicles, and UAVs under the command of a single manned ship. These unmanned platforms will create a massive constellation of sensors and weapons that will transform every ship in the Navy into a lethal, flexible, and fully distributed force to reckon with—the Unmanned Netted Lethality concept.

It is evident that the Unmanned Netted Lethality concept relies on the aggressive development and integration of unmanned, and eventually fully autonomous, systems into the fleet..  Controlled autonomy is fundamental for the Unmanned Netted Lethality concept to be effective.  While autonomy brings many benefits, there are concerns as well—unintended loss of control, compromise by adversaries, accountability, liability, and trust, to name a few. The solution to mitigate these concerns is to manage the level of autonomy with a manned ship as an extension of the commanding officer’s combat system. Employing various levels of autonomy control, from completely manual to completely autonomous, gives the power to the decision makers to set the level of autonomy based on the prevailing circumstance and allows unmanned system utilization in any environment.

The mission will drive the level of autonomy. For instance, 20 years from now, during the first Unmanned Netted Lethality hunter-killer SAG deployment and while transiting in safe waters, the command ship will control the operations of an unmanned vessel until it is in restricted waters. Then, the commanding officer will change the level of autonomy into a cooperative mode in which the unmanned systems quickly create a constellation of passive and active sensors to increase overall maritime awareness. Once a crisis transitions into combat operations, the commanding officer will place the unmanned systems into a fully autonomous status with two primary missions: sense and destroy  enemy forces while protecting the manned ship by creating a lethal cluster around it. This layered approach to autonomy increases overall trust in unmanned systems in a responsible and palatable way for decision makers who are unquestionably accountable for the performance of these unmanned systems.

Cooperative independence is also an important feature, in which unmanned systems will perform complex tasks, both individually and in groups under the supervision of a commanding officer. Not one unmanned system should rely on another; if a system is destroyed or is taken off-line, each system should be able to continue with the mission independently but cooperatively with remaining systems.

Without a doubt and due in great part to the proliferation of unmanned systems, interoperability remains the hardest challenge to overcome. The bottom line is that these systems need to be developed with common and open software architecture to minimize interoperability challenges and maximize employment opportunities. The need to convey these requirements early in the acquisition process is fundamental so that new unmanned systems are designed with three primary characteristics: controlled autonomy, cooperative but independent functionality, and complete interoperability.

A Roadmap to Guide Change

Distributed lethality’s initial charter was to increase performance with no technology leaps, significant funding increase, or number of ship increases while having immediate to near-future effects. In the short term, this goal is achievable. However, in the near to long-term future, the Navy should continue to follow former General Electric’s CEO Jack Welch’s advice “Change before you have to.” The Unmanned Netted Lethality concept provides the Navy with a vision and a roadmap to guide the evolution of distributed lethality into the future. Incorporating unmanned systems into an Unmanned Netted Lethality concept will transform every manned ship in the Navy into a force package with a credible conflict changing capability.